¡Hola a todos! My name is Eric Ray and I am from the small city of Guthrie, Oklahoma. I am a senior at the University of Oklahoma and I will graduate summa cum laude this May with a Bachelor of Science in Biology. Although I am sad to leave Barcelona, I am excited to start medical school in August in Oklahoma City. One of the reasons I decided to study abroad in Spain was to improve my Spanish language skills because in Oklahoma there is a large medically underserved population and many of them do not speak English. I chose to live with a host family because it was the CEA housing option that guaranteed full cultural immersion and language acquisition.

Before I came I was somewhat intimidated because I had not taken a Spanish course in a few years and I did not know much about my host family. Once I arrived in the airport I was taken by van to my new “home” in the Eixample neighborhood, a few blocks from the Sagrada Familia. I met la madre, Lupe, el hermano Guillermo (17 years old), las hermanas: Sonsoles (8 years) and Beatriz (13 years), and the family gato, Sally. To be completely honest, I was freaked out about living with complete Spanish strangers but after a few days, I figured out that they weren’t crazy. Nobody in my homestay speaks much English but this language barrier has created some funny situations. During dinner in my second week, my “madre española” was trying to explain to me a dermabrasion or exfoliation tool for wrinkles. I thought she was telling me that a friend or her mom used it and I said “ah, claro, sí, es la cosa que los viejos usan para mejorar su tez” (ah yes, of course, the thing that old people use to improve their skin). I was excited that I could figure out what she was talking about, but I missed the part where she was talking about her ownskin. The look on her face was priceless and we had a really good laugh. 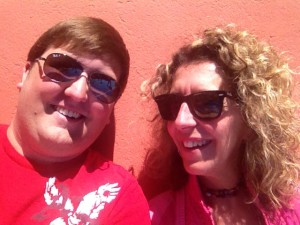 Apart from practicing Spanish (which sometimes is like playing charades), my favorite activity with my family is shopping. I have learned how locals shop and I get to see stores that I probably wouldn’t have known about otherwise. I have found librerías (bookstores), electronic stores, jugueterías (toy stores) and most recently the peluquería (hair salon).When we aren’t shopping or out and about, we hang out at home, crash on the couch, watch movies in Spanish and relax. Now that the weather is warming up we have some fun activities planned like a picnic on the beach.
In regards to the food, my host mom does a good job at making tasty local dishes. I have eaten (and enjoyed) many things I would not have tried otherwise, such as the Catalan sausage botifarra, and the accompanying beans judias blancas. My favorite meals that Lupe cooks are her vegetable soup, tortilla española, and a beef and mashed potato casserole that reminds me of a dish I used to make in the States. Although she makes most of the meals, my cultural experience in her kitchen is not a one way street. One day I was making myself a peanut butter and jelly sandwich and she had a curious look on her face. She couldn’t understand how I could mix the two and I asked her to give it a try. To her surprise she ended up thinking it was pretty good. In return I tried paté (a spreadable paste), which I later found out was made from duck! We also attempted to make cupcakes but unfortunately they turned out a little droopy. 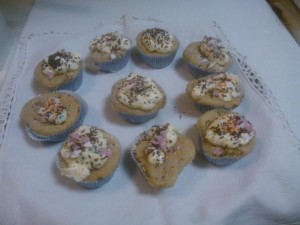 I am absolutely content with my decision to live in a homestay. Sharing an apartment with four other Spanish people has inevitably immersed me in the culture and has given me an insight into the Spanish life that I would have otherwise missed. I have learned how a Spanish family functions, eats and socializes with friends. I have gained a new perspective on family as we have dinner together at the dinner table every night (in contrast with only holidays and birthdays in my American family) and the amount of communication that takes place between family members. For example, whenever Guillermo, Sonsoles and Beatriz cannot have breakfast at the same time Lupe makes an effort to sit down with each one of them to see how they are doing before they start their day. 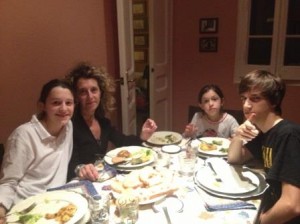 If I had to give advice to future students, I would tell them that the key to adjusting is keeping an open mind and not having too many expectations. The first week or two are the hardest but you just need to wait it out and keep trying.  Other homestay students will be going through the same transition as you are and using Spanish all the time will begin to feel normal. Know that you will not understand everything at the beginning and that it’s okay. CEA has a lot of activities, language exchanges and opportunities that help you get out and meet other people so you are not isolated living with a family.
I came to Barcelona not knowing a single person in the program (let alone anyone from Oklahoma), jet-lagged, and generally a little lost. After three months this has drastically changed and I now feel like a local. This experience has helped me learn how to adapt to new and ambiguous situations, which will be very helpful when I return to the United States. Overall, it has been a great semester with my host family and I recommend a homestay to anyone who is ready to take on the challenge of expanding their comfort zone. I want to thank Lupe for making me her “fourth child” and giving me the opportunity to have an unforgettable semester in Barcelona. 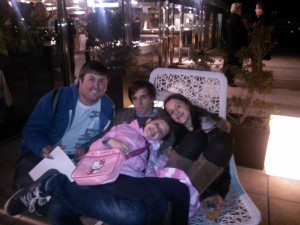