March 16, 2013
by CEA Content Creator
SHARE SHARE
The weekend of February 2nd and 3rd we hopped on a Renfe train and headed to Valencia.  Such a great getaway with lots of sightseeing, history, and fun! 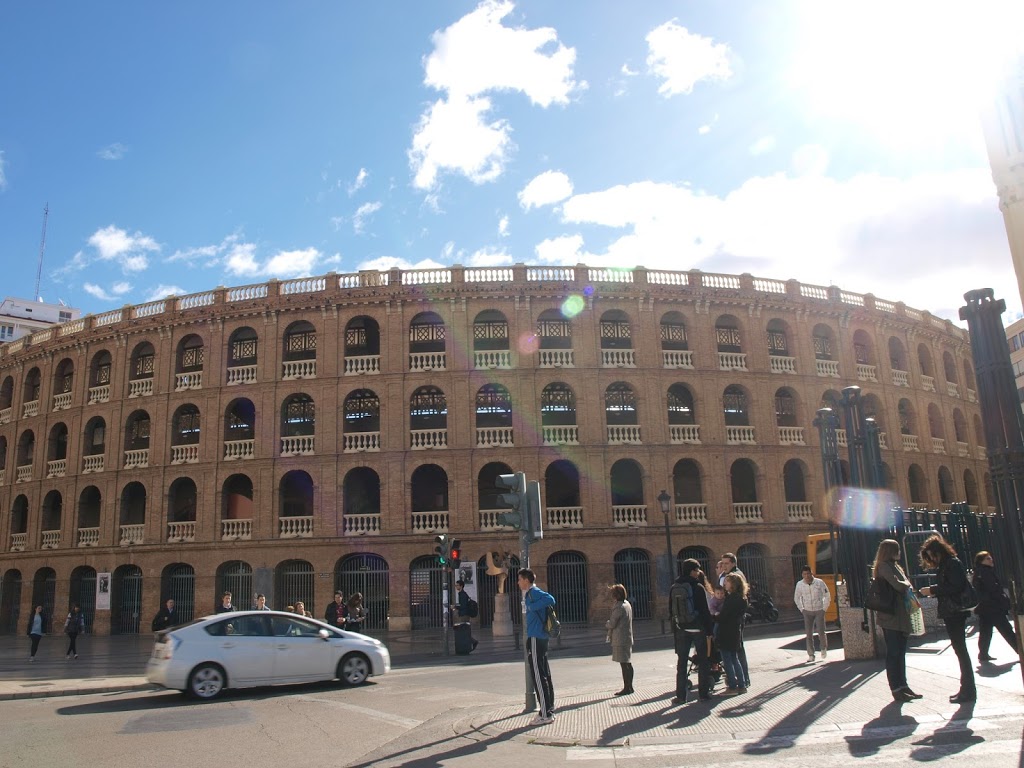 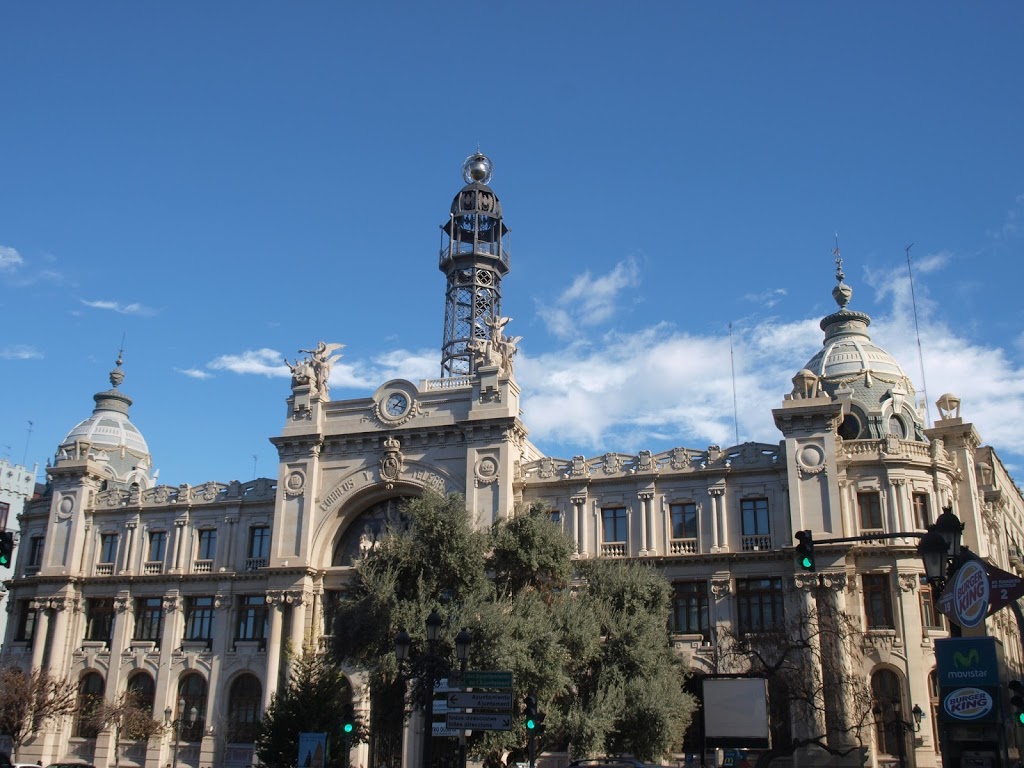 Valencia’s Post Office.  Technology now allows us to communicate from one side of the world to the other in mere seconds…something we take for granted.  Years ago, the thought of being able to communicate with the other side of Spain was exciting, so their post office was a grand focal point in the city. 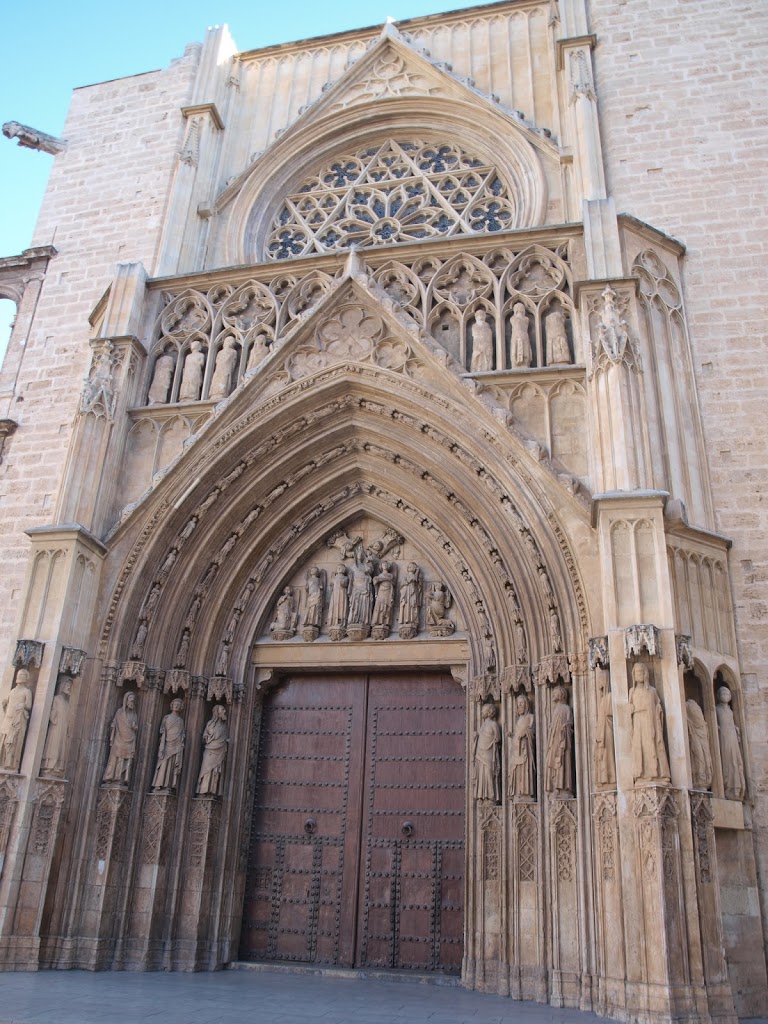 One of the many beautiful churches in Valencia 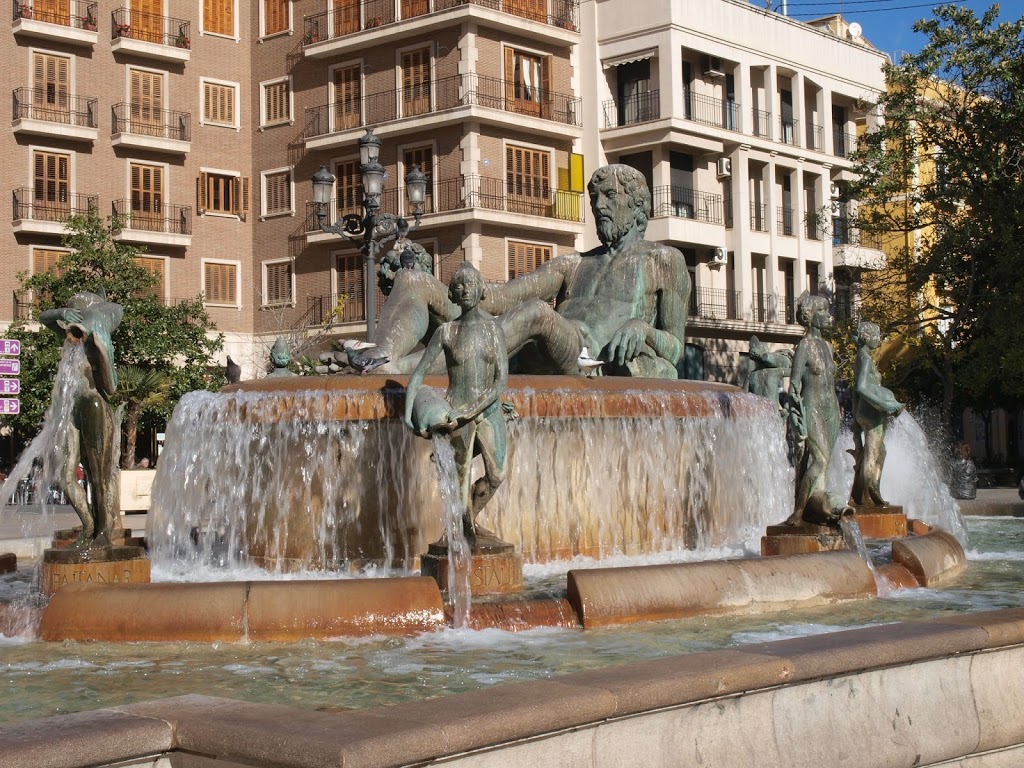 Cool fountain in the middle of one of the plazas. Sorry I don’t remember its name, but he looks super cool! 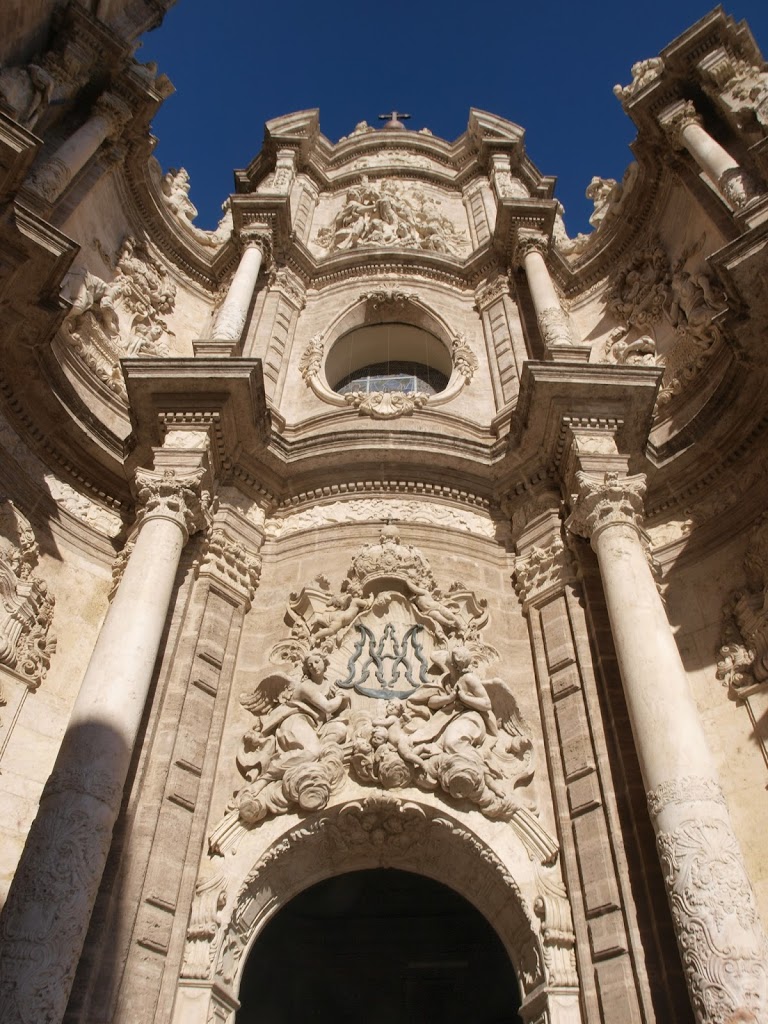 Outside of La Catedral de Valencia. Such a beautiful Cathedral.  We got to go inside and have a guided tour. 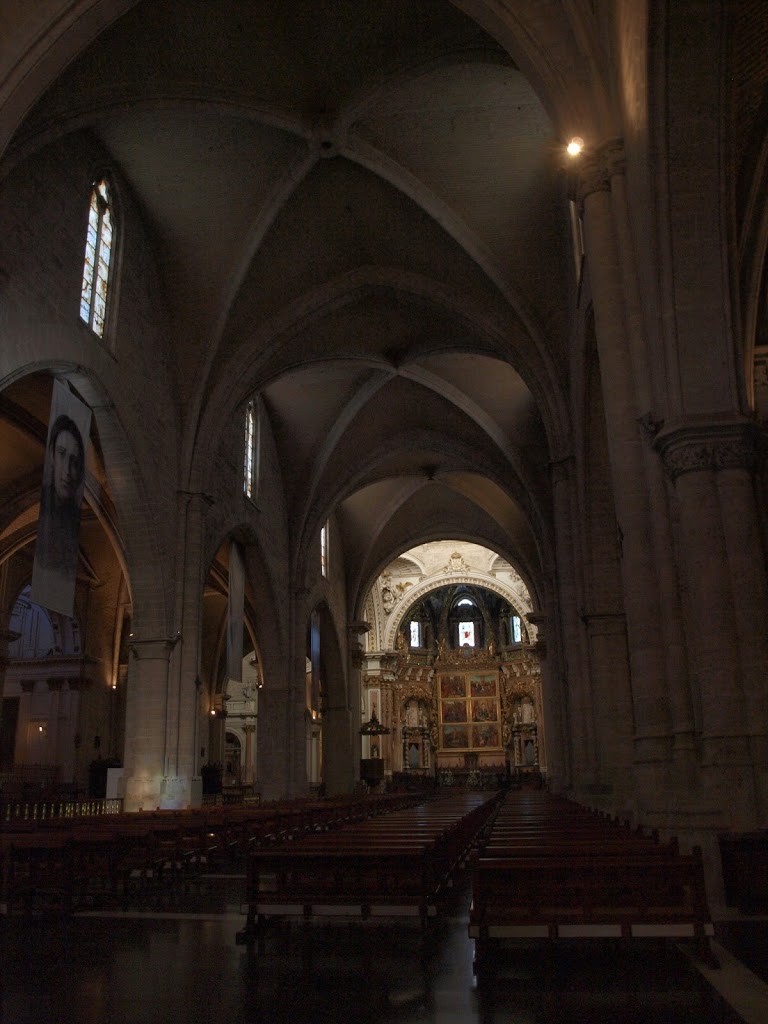 While inside the Cathedral we can see its more traditional design (Romanesque).  With its thick walls, candles and darkness, it provides more of an introspective feel.  Makes the person inside feel small.  In comparison to the Gothic style which has thin walls, taller ceilings, huge windows to let the light of God inside.  It draws your eyes to the ceilings, the heavens. 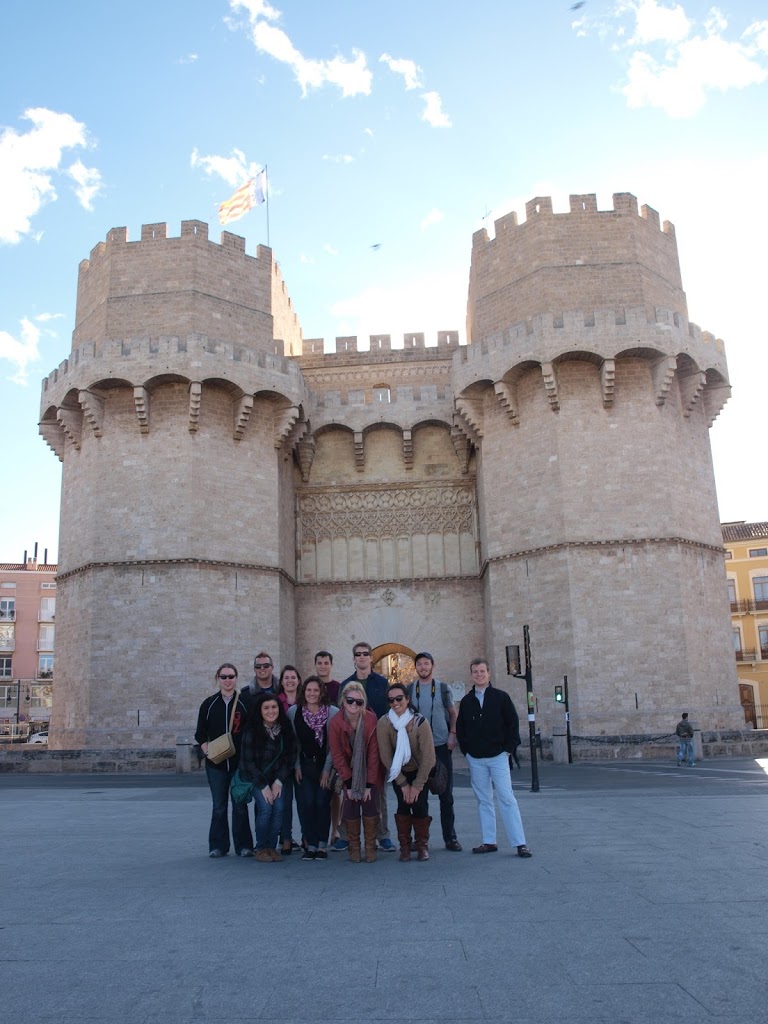 Group shot outside of el Torre de los Serranos.  It was a really cool tower that we got to climb and see the whole city! (Climbing torres (towers) is something I’ve discovered I really love to do! When you’re in a city, if you get the chance to climb a tower…DO IT! You get a whole new perspective on the city! 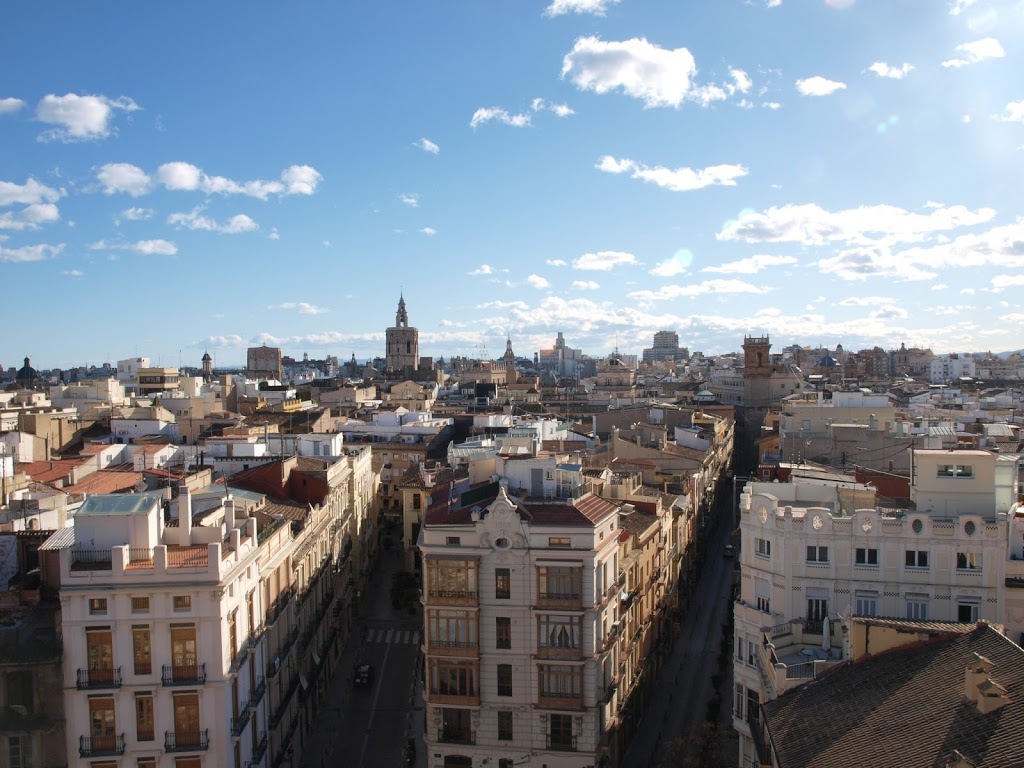 Wonderful view off the top of the Torre, looking all over Valencia! 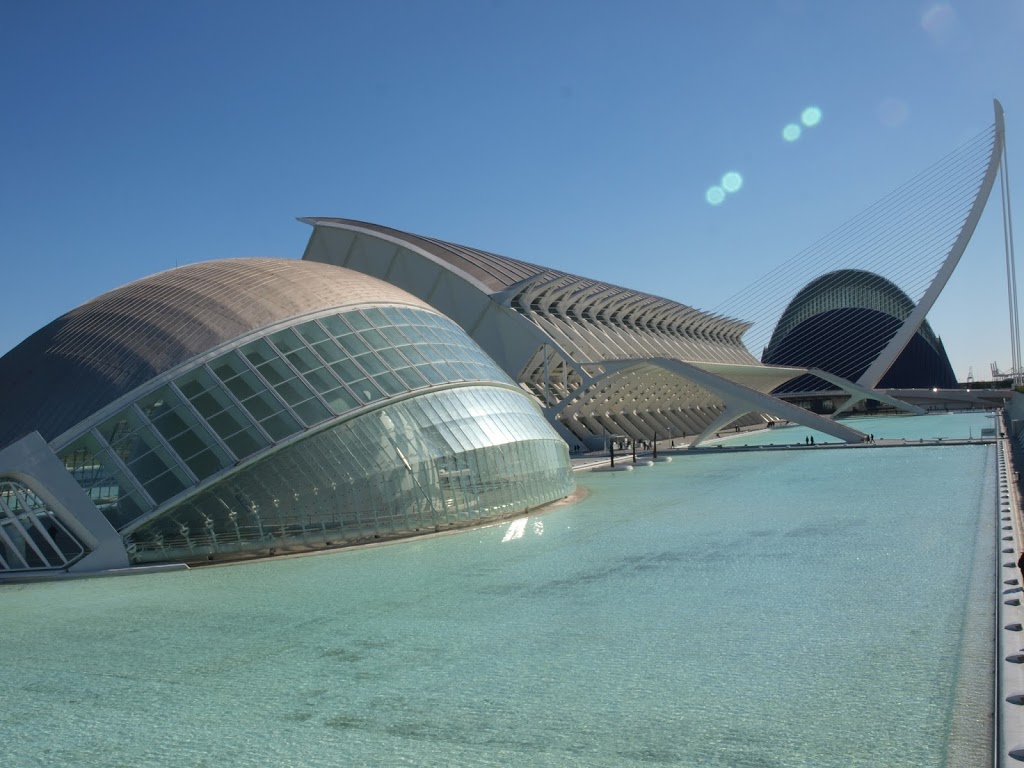 Now we’re heading to Oceanográfico (Europe’s largest Aquarium).  These three buildings though are not the aquarium.  In order of appearance: IMAX, Museum, Building (sorry, don’t remember what was in the purple one). 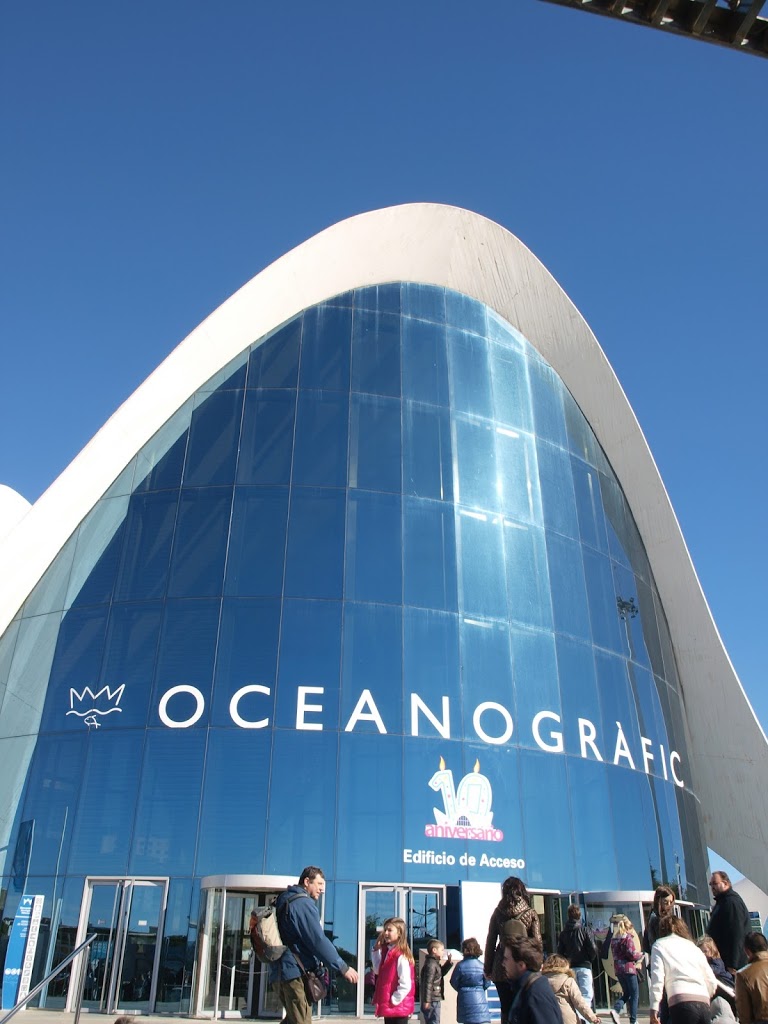 We have arrived at Oceanográfico. There were like 8 or 9 buildings of different types of sea life.  Sharks, Arctic, Red Sea, a globe like building which I don’t remember which type of wild life it held, and many more. 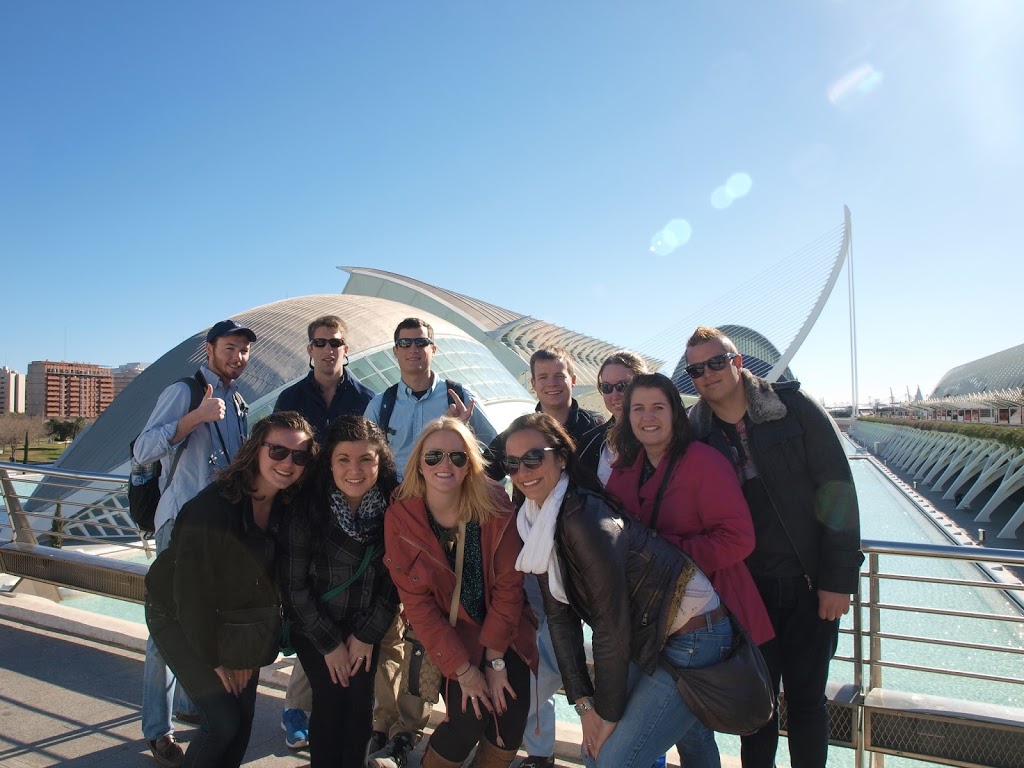 Group shot! Small group this year, only 13 (two left at the end of January) so now there’s just 11. I like it a lot better though! You really get to know the people in your program and really bond! 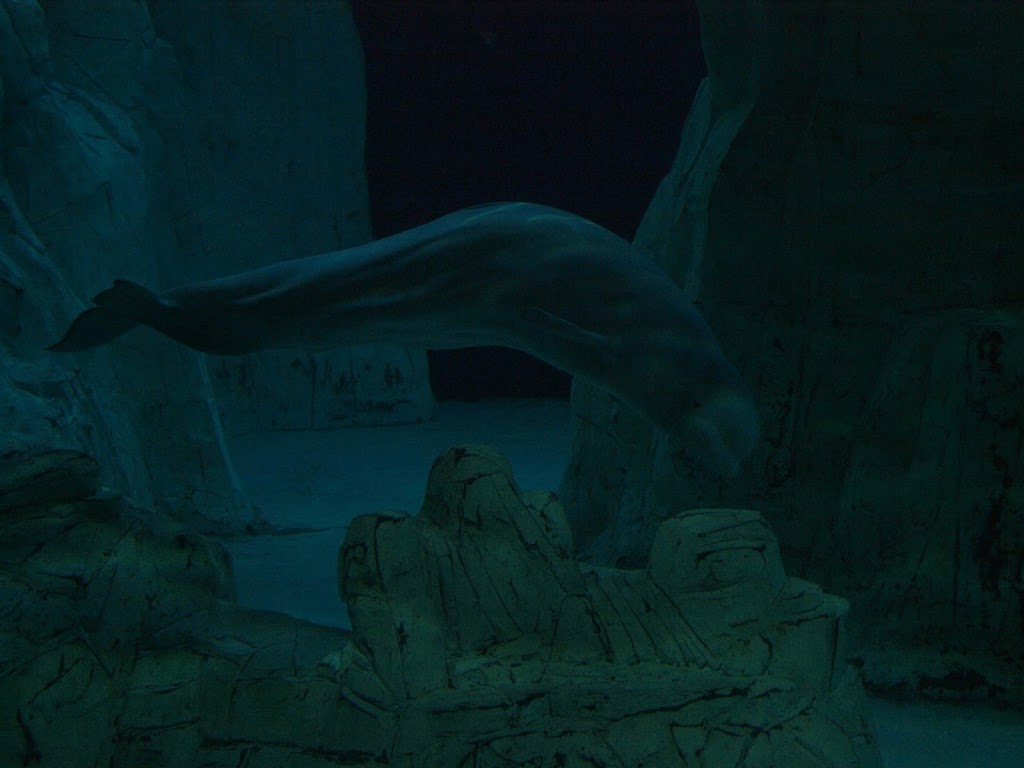 By far the Beluga whale was my favorite part.  They’re such beautiful creatures. 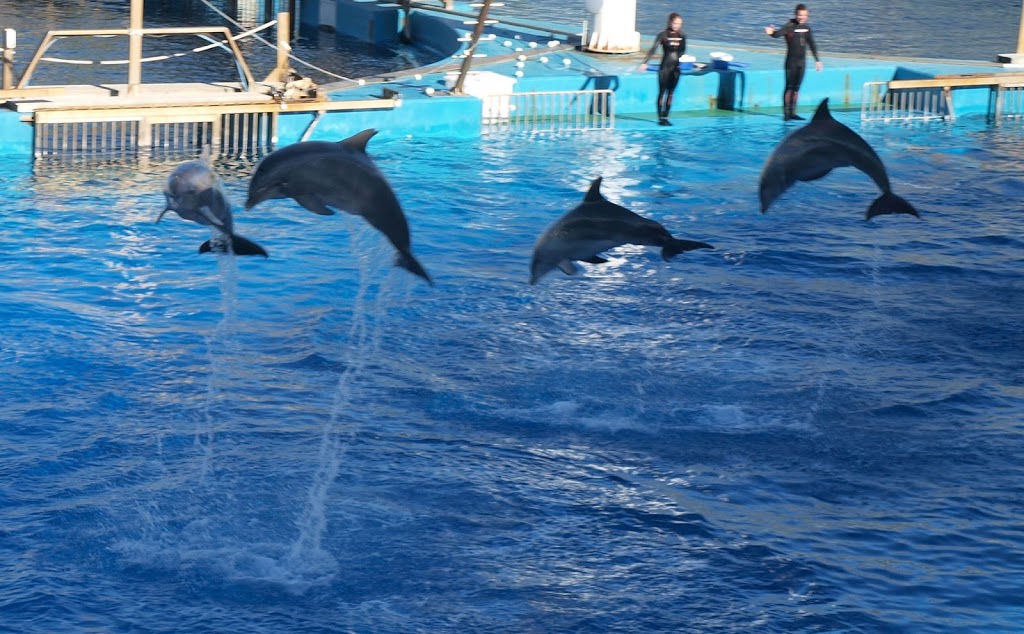 The Aquarium also has a dolphin show! Super cool.  The dolphins do a lot of fun tricks, like jumping and flipping in the air (as shown in this photo). 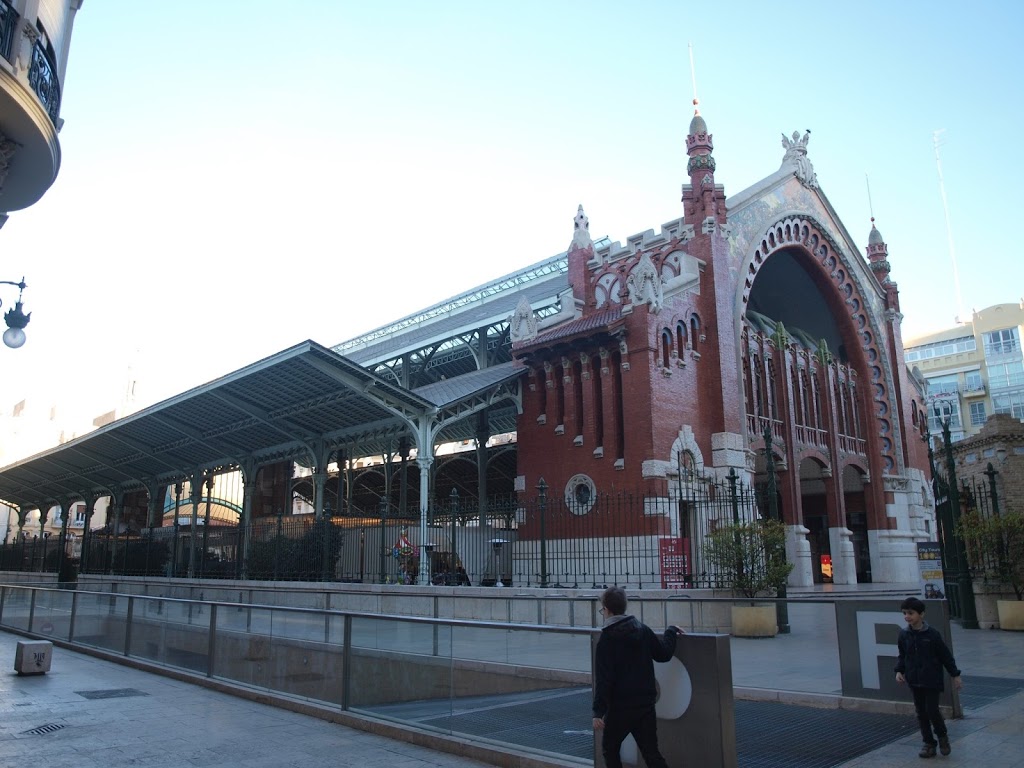 Mercado Central en Valencia.  The Mercados are a great focal point in each city because the Central Markets are where much of the sales and trade happened.  They’re centrally located and super elegant.

Jennifer Plazek is the Spring 2013 CEA MOJO in Alicante, Spain
Read more about our CEA Content Creators.
Leave a comment
Newest on top Oldest on top
Load more comments
Thank you for the comment! Your comment must be approved first