Food in London: There's Something for Everyone!

March 15, 2013
by CEA Content Creator
SHARE SHARE
Before coming to study abroad in London, I was told by several people that I probably wouldn't like British food. There is a common perception that England in general doesn't have the greatest cuisine. Through this post I hope to show you that they're all VERY wrong! Although the typical British meals are different from what people eat in the U.S., with beans and mushrooms as sides during breakfast, there are other options for those who dislike England's traditional foods. Yes, England is known for their English breakfasts, fish and chips, bangers and mash, and Sunday roasts, but London has any type of food you could possibly want. During my time here I've had a lot of pizza and pasta surprisingly, as well as typically French foods like baguettes, Parisian macaroons, and crêpes. 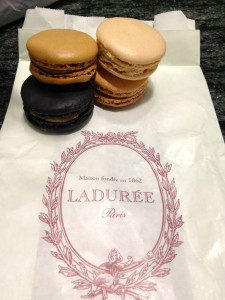 I've also enjoyed Chinese food from London's Chinatown and have had a fair share of curry while being here too! 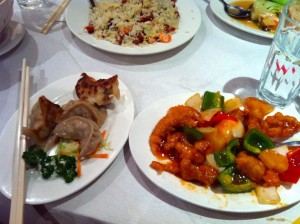 London is becoming increasingly known for their curry dishes and there are a huge array of places you can get Indian food from. Every time I go, I try to get a spicier curry to see how much spice I can handle... plus the spicier the better in my opinion! 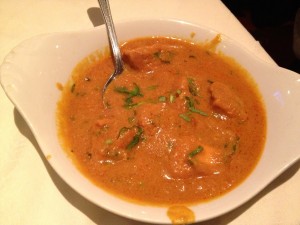 Aside from Indian, Chinese, French, and Italian, London has food from other countries. There are a huge number of Thai restaurants, as well as Lebanese, Mexican, Malaysian and Japanese. 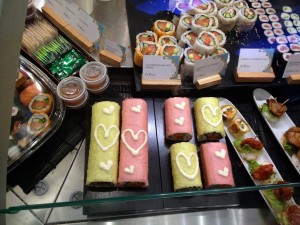 Although I have a variety of foods to choose from and am able to try restaurants that have very different menus, I have actually liked the British food that I've tried. My first week here, the London CEA Program treated all of the students to a traditional Sunday Roast. The roast included slices of roast beef, potatoes, vegetables, and Yorkshire pudding. Yorkshire pudding is a bread that is typically served with a Sunday roast and is circular. It also has a hallow center which is perfect for soaking up some gravy! Then it was time for dessert. We had mini apple pies and custard. They were both delicious! 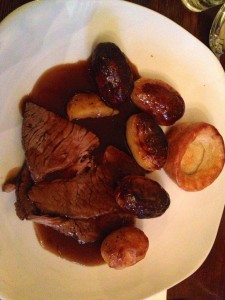 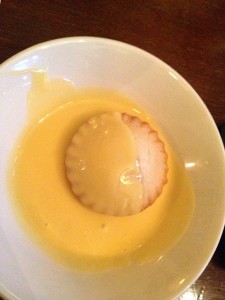 What I was most looking forward to eating while in London though was Fish and Chips! Almost every restaurant offers it and it is a dish that never disappoints. I even tried chips (fries) with vinegar. I was a little hesitant to try it at first since vinegar on anything doesn't sound too appealing. However, I liked it a lot and since then vinegar is my condiment of choice for chips. 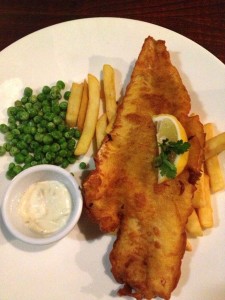 Another aspect of must-have London food is tea and scones. Most people arriving in London for the first time want to have high tea. However, high tea can be pretty expensive so I found it was better to get a cream tea. This comes with a pot of tea, two scones, clotted cream, and jam. Nothing can get much better than a spot of tea and some sweet scones in a London cafe! Make sure to hold your cup with your pinkie up! :)


Cailin Burke is the CEA MOJO in London for the Spring 2013 semester
Read more about our CEA Content Creators.
Leave a comment
Newest on top Oldest on top
Load more comments
Thank you for the comment! Your comment must be approved first