Summertime Celebrations Around the World 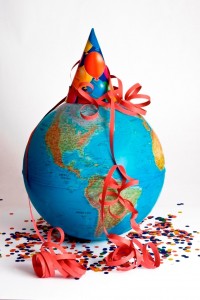 Happy Fourth of July (one day belated)! While we hope everyone across the United States enjoyed an exciting and energy-filled celebration, we also want to acknowledge that the ole’ U S of A doesn't stand as the only country with a July birthday. Take a look at some of the other countries celebrating independence days this month.
Canada – July 1st: Celebrating the enactment of the British North America Act of 1867 – an Act which united three colonies into a single country – Canada's independence day falls on July 1st.
Venezuela – July 5th: In 1811, seven provinces of the Captaincy General of Venezuela adopted the Venezuelan Declaration of Independence on July 5th. This declaration stated Venezuela’s decision to break away from Spain.
Argentina – July 9th: Independence in this South American country was declared on July 9, 1816, by the Congress of Tucumán
France – July 14th: Known as Bastille Day, France celebrates its national celebration on July 14th, the day that commemorates the storming of the Bastille fortress-prison in 1789 during the French Revolution. One of Europe’s oldest military parades takes place on the morning of Bastille day down Paris’ infamous Champs-Élysées.
Peru – July 28th: In 1821, Argentine general José de San Martín proclaimed Peru's independence from the Spanish Monarchy, ending the Peruvian War of Independence, which began in 1809.
In addition to these destinations, countries including Algeria, Cape Verde, Malawi, Laos, the Bahamas and Belgium amongst others, commemorate an independence or national day this month. Happy celebrations, everyone!
Read more about our CEA Content Creators.
Leave a comment
Newest on top Oldest on top
Load more comments
Thank you for the comment! Your comment must be approved first