England Has Much to Celebrate in 2011 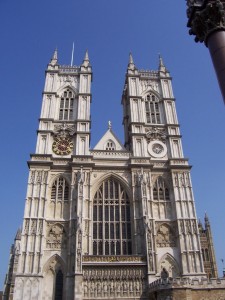 There's a lot going on in England this year - and study abroad students have a front row seat to some history-making events!

On Friday, April 29, 2011, Prince William and Kate (or ‘Catherine’ as she will now be known) Middleton will marry at Westminster Abbey. Most of us in the UK are especially excited as we will have a national holiday to celebrate! A traditional way that Brit’s celebrate a royal wedding is to have a street party where roads are closed and neighbors come together to provide baked goods, drinks and have a good old ‘knees up’ ( cockney for a party!). London councils have also decided to stage events such as showing the wedding on large screens in public places such as Hyde Park, and no doubt areas such as Trafalgar square and the Mall will be full of people flying the Union Jack. Westminster Abbey was originally founded in the 10th century and has seen the weddings of the current queen and the queen mother as well as 38 coronations.

Beginning July 27, 2012 a whole summer of sport will kick off across London making it the only city to have hosted 3 modern Olympics (previous were in 1908 and 1948). Twenty-six sports will be shown for the Olympics and 20 for the Paralympics, and the venues range from the new sports complex at Stratford in the east to existing stadia such as Wembley and Wimbledon, and even royal parks and the sandpit on horse guards parade! In preparation for the occasion, the tube networks have had major works and areas of the East End have been completely revitalized. Although tickets are pricey, there are free events such as archery and shooting that have tickets for as little as £20.

Thanks to London Program Director Harriet Clement for sending us this info! Read more about our CEA Content Creators.
Leave a comment
Newest on top Oldest on top
Load more comments
Thank you for the comment! Your comment must be approved first