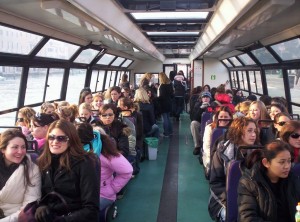 The Institute of International Education released its annual Open Doors report this week and confirmed what we at CEA study abroad programs already know – the number of students finding value in studying abroad is growing. In fact, through the academic year 2007-2008, U.S. study abroad participation has increased four-fold in the last decade. One can now imagine a time in the not too distant future when the number of U.S. students studying abroad will approximate the number of international students studying in the United States. That would have been unthinkable 20 years ago. World events including Sept. 11, 2001, the opening of Eastern Europe to Westerners and the end of the Cold War have contributed to a shift in American mindset. We recognize and value now, more than ever, our international relationships. The ability to navigate different cultures is increasingly becoming an asset in today’s work force. Another recent IIE survey showed 60 percent of senior managers said the hiring and promotion strategy of their companies acknowledged the importance of a study abroad experience. Of those senior managers who had studied abroad themselves, 90 percent said they had such a hiring and promotion strategy. Adding to the groundswell of interest in study abroad programs are cheaper airfare options, the explosion of short-term study abroad programs appealing to a wider demographic of students and the sometimes heated argument over the impact of globalization. For example, this year’s Open Doors report also shows an increased interest among study abroad participants in less traditional destinations, including China, Costa Rica, Argentina and South Africa – destinations with which CEA currently has relationships. 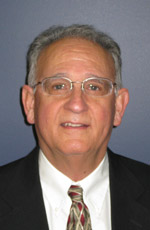 In response to an interest and under-served need we saw earlier this year, CEA is excited to open two new Global Campuses in 2010 in Shanghai and Buenos Aires. IIE reports that the number of students studying in Asia increased 17 percent last year – no doubt because of China’s increasing presence on the global economic stage. In the same vein, Argentina is CEA’s fastest growing Latin American destination, which saw an 11 percent increase in study abroad participants last year according to IIE. What this means for students today is easy to see. The skills students stand to gain from studying abroad are real and measurable in today’s evolving business world. As the number of students studying abroad continues to push higher and higher – despite the current slowdown related to the global recession, U.S. campuses must prepare by integrating study abroad into their curricula and expanding and diversifying study abroad program options for their students. CEA is proud to continue to take a role in introducing tomorrow’s U.S. work force to the international classroom. - John D. Heyl, Ph.D., is the Vice President of Global Education at CEA. Read more about our CEA Content Creators.
Leave a comment
Newest on top Oldest on top
Load more comments
Thank you for the comment! Your comment must be approved first