Why Are These Students Smiling? 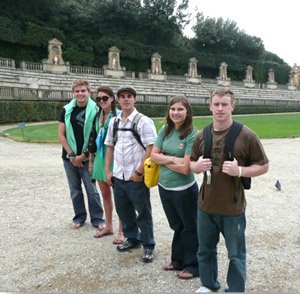 They’re enjoying a special visit to Florence’s Boboli Gardens, as part of their studies in the course Italy in the Words of British and American Writers at the CEA Florence GlobalCampus! This course analyzes selected narratives by British and American writers who traveled in and wrote about Italy. But you won’t just read the works of famous authors such as Lord Byron, E.M. Forster, Henry James, Mark Twain, Edith Wharton, Ernest Hemingway, you'll have the unique opportunity to actively research and explore the places and events, both real and imagined, that influenced them so greatly. 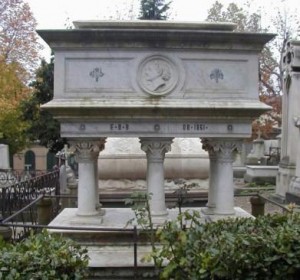 In addition to the Boboli Gardens, on-site lectures and visits include the 'English' monumental cemetery (where the poets Elizabeth Barrett Browning, Walter Savage Landor and Arthur Hugh Clough are buried) led by its curator; a visit to the Casa Guidi (home to the Brownings); and a special backstage tour of the libraries and archives of the British Institute of Florence (founded in 1917) led by its archivist. Here’s what students recently wrote about their impressions of Boboli Gardens during their site visit:
Who knew this little paradise existed in the heart of Florence? It is the perfect place to escape and it is clear it has provided people privacy throughout the centuries: the Medici family, characters in Woolson's “A Florentine Experiment,” and even tourists today. After visiting spots like this it is easy to see why authors during the 19th century flocked here and constantly used the different highlights of the city in their writings. - Megan Stewart, CEA Florence, Fall 2008

Once again I feel like I was removed from the busy city of Florence. Walking out of the palace and into the gardens it almost seems as if you were taken back into time when the Medici family was still in control. The gardens are a timeless place. I didn't feel like I was in the 21st century. Corresponding with the story “A Florentine Experiment,” I believe Woolson used this place as a setting in her story because it is such a place of peace and serenity you feel it through her writings. It really makes you focus on what the characters are like and what they are saying to each other. There's always reason to why authors put their characters into a particular setting and she did it to emphasize what the characters were feeling for each other. - Kyle Gilligan, CEA Florence, Fall 2008
See the full essays written by these and other students enrolled in Italy in the Words of British and American Writers on the Florence Newspaper website. Read more about our CEA Content Creators.
Leave a comment
Newest on top Oldest on top
Load more comments
Thank you for the comment! Your comment must be approved first