Patatas Bravas in Spain: So Much More Than Just a Potato 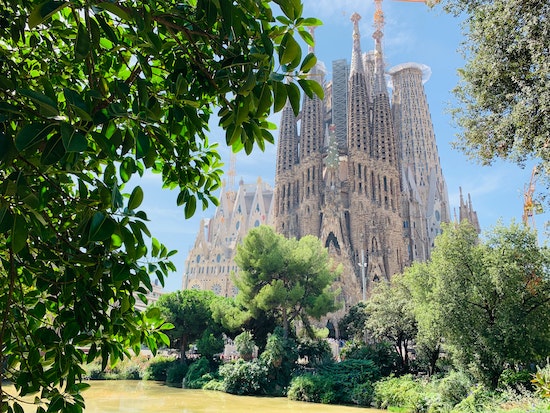 As someone who doesn’t eat much red meat and has a mom who’s allergic to shellfish, I wasn’t sure how eating while studying abroad in Spain was going to be. Considering so much of the food here has shellfish or jamón in it, I knew I was going to have to be open minded to my new food experiences. And so far the food in Spain has not disappointed. Although I do love a good jamón y queso croissant or digging into some paella, I have to say my favorite Catalan food so far without a doubt has to be patatas bravas. These fried (sometimes boiled or baked) slivers of heavenly potatoes smothered in a creamy cooling sauce and a spicy bravas salsa makes for a perfect dish. And as I’ve tried the bravas around Barcelona, there’s actually quite a variation into how they’re served, making each patatas bravas unique but equally delicious. If you come to Spain and don’t try patatas bravas, have you really been to Spain?


Below are some pictures of the best patatas bravas I’ve had so far from around Spain (Vinitus had the best so far).

Roxanne Moss is the Fall 2021 CEA MOJO Photographer in Barcelona, Spain, and is currently studying at California Polytechnic State University-San Luis Obispo.
Leave a comment
Newest on top Oldest on top
Load more comments
Thank you for the comment! Your comment must be approved first