The issue of going to live in a country where I speak only a few words of the language didn’t really occur to me until I had to tell about 20 people prior to coming here that, no, I do not, in fact, speak Spanish. I flipped through my “Spanish Phrases” booklet on the plane and set on my way. I navigated my way through the airports in Spain with ease, only glancing at the English translations a few times and my sense of confidence remained unscathed up until the moment I stood face to face with Filli, my house mom, once in Sevilla. That transformative moment was 10 days ago, and today I am here to report that, on a scale of 0 to 100, my Spanish has gone from a 6 to a 7 but, alas, that is progress. 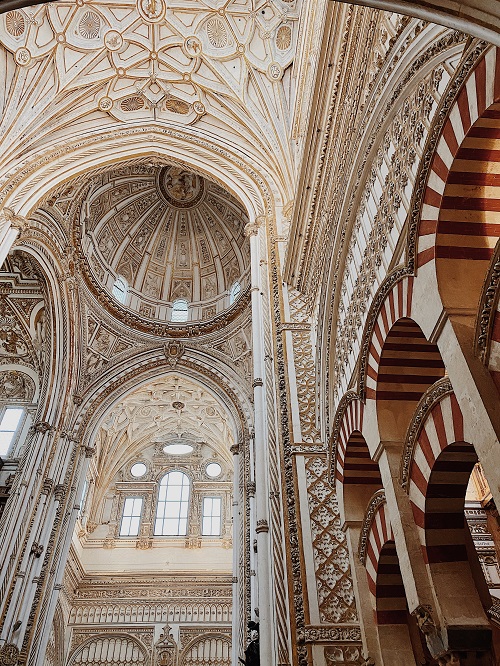 I’ve taken the most basic entry-level Spanish classes in school with the intent of nothing more than fulfilling requirements. I’m kicking myself for that now, of course, but that is not going to stop me from getting over my fear. I’ve been speaking it a little bit more at meals with my house mom, trying to pick up on the sentence structures that my roommates use and making an effort to immerse myself in situations where Spanish is all around me. 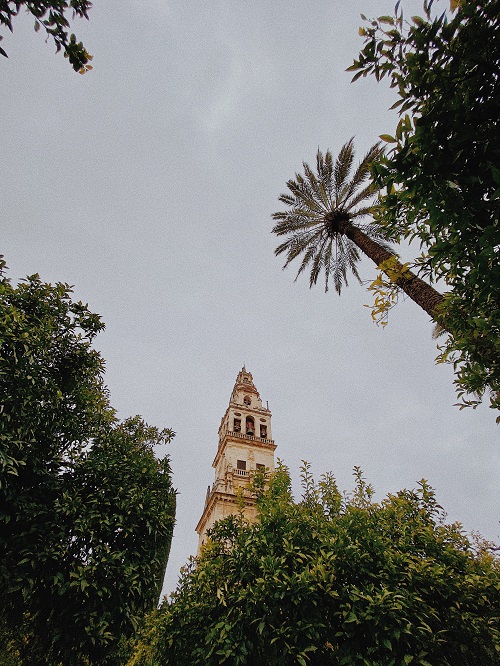 At all times, America’s aptitude for ethnocentrism is blaring in my mind. I just picture my neighborhood and city where you are frowned upon if you dare take a job in a country where you don’t speak the language like a native. How ridiculous is that? I can’t count the times I’ve heard rude comments made toward employees who don’t use perfect English… when in reality, the person making the criticism likely can’t speak a word of another language. That attitude is twisted and sticks out by comparison as the smiles on waiters’ faces never falter as I attempt to order in broken Spanish here. They are encouraging and show respect to a foreigner that makes an attempt at using the language which is a lesson many Americans could stand to learn. I hope to become more conversationally fluent by the end of my four months studying abroad in Seville for many reasons.  One of which is less important the rest but, nonetheless, my greatest motivation: being funny in another language! That, to me, is a superpower. I feel like a vast understanding of any language in the context of its casual culture is necessary to develop a quick wit and relatable sense of humor; both of which are skills I want for myself on this journey towards bilingualism*. Of the Spaniards I’ve interacted with both in Spanish and English since being here, a sense of humor has been constant among all of them and has only inspired me further to reach that same level of comfort.

Other than for comedic purposes, of course, there are definitely other benefits to outfitting yourself with some basic Spanish knowledge before you arrive to study abroad.

1. Find out how music reflects culture

You’ll come to realize that music is a huge part of what makes Spain the place that it is. With influences from Reggaeton, Flamenco, and Latin pop, Spanish culture is synonymous with its music. Understanding the meaning behind the music that hundreds of people sing along to every night while out enjoying themselves goes beyond any basic level of language appreciation. Every city you travel to will have hidden gems that display bits of culture even better than their most famous and tourist-y landscapes can, which is why taking time to listen to the music locals listen to will open your eyes to a culture you cannot see, but hear.

2. Look through a local lens

Enrich your experience by talking to locals who can give you a better recommendation than any TripAdvisor entry can. Not only do you get the most updated version of what spots are popular, but it’s also so much fun to try out a new place and determine what about it made it that person’s favorite! This insider scoop is only available to those who are willing to step outside their comfort zone and ask for some insight in Spanish.

Now, don’t worry; I’m not just going to leave you hanging after I’ve clearly established just how inconvenient monolingualism is. Here are some small tricks that have been recommended to me and ones I’ve learned on my own to improve my Spanish.

I feel like a hypocrite putting this tip first, because it is the only one I have yet to fully embrace. This is reverse psychology for me, I guess, so here goes nothing. Your learning curve when trying to speak another language is propelled when you use it. This is where that rumor originated that if you go and live in another country for a couple months, you come back fluent. I wish this were true, but that tactic only works if you have no other choice but to converse only using that new language. Nowadays, unfortunately, it is easy to get by using English for the most part, which is why people can study abroad for months and not return with a better knowledge of the language than when they started. Because of this hurdle, you HAVE to push yourself to talk. Ask locals or your host family questions, order or check out in Spanish, ask for directions instead of using your phone, or go out on your own to force yourself to operate only using Spanish. 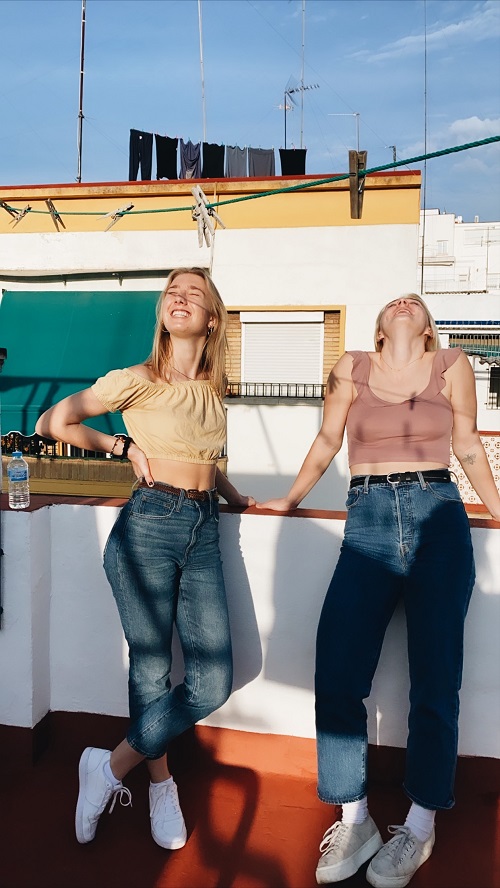 2. Spanish all around you

Regardless of the level of Spanish you come in with, there is always room for improvement which is all the more reason to embrace these tips for the best experience possible!

*If you’ve heard me attempt to speak Spanish, you’ll know I use this term in the loosest way possible.

Emma Husakiwsky is the Spring 2020 CEA MOJO Videographer in Seville, Spain, and is currently studying at University of Georgia.
Leave a comment
Newest on top Oldest on top
Load more comments
Thank you for the comment! Your comment must be approved first