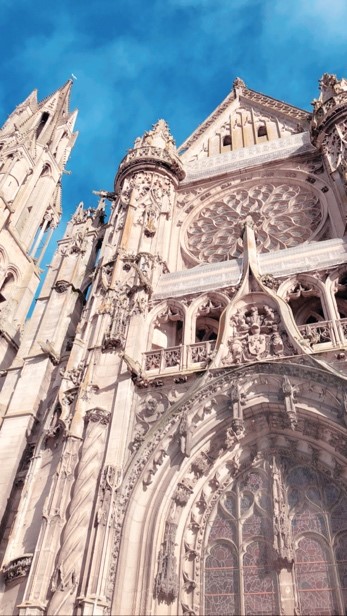 Bonjour, tout le monde ! With three weeks of living in Paris officially under my belt, the perfect opportunity to venture outside city limits arrived last weekend. Whether students want to stay close to “home” or hop over to a different country, CEA study abroad programs offer both day-trips and weekend getaways that whisk students away to new and exciting destinations. Just last weekend, I embarked on the first of three CEA Paris study abroad excursions.

The Senlis and Pierrefonds excursion took CEA students outside of the bustling city to a medieval town tucked in the countryside an hour north of Paris. The day-trip also took us to Château de Pierrefonds, a castle that showcased the best of medieval and 19th century architecture.

After boarding the early morning bus ride out of Paris, we left the city and reached the town of Senlis just before noon. Our time in Senlis began with a walking tour that led us to the local Gothic-style cathedral, Cathedrale Notre-Dame de Senlis (fun fact – many churches and chapels in France are dedicated under the Notre Dame name). 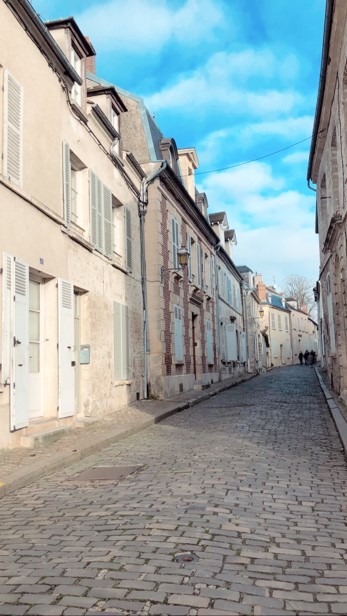 We then strolled through the winding cobblestone streets adorned with fragrant local bakeries and charming shops. After eating lunch at a restaurant situated in an underground cellar, it was time to board the bus for Pierrefonds!

My favorite part of this excursion was – of course – the real-life castle! Our bus took us to the commune of Pierrefonds, which is nestled by the Forest of Compiègne and vast countryside. 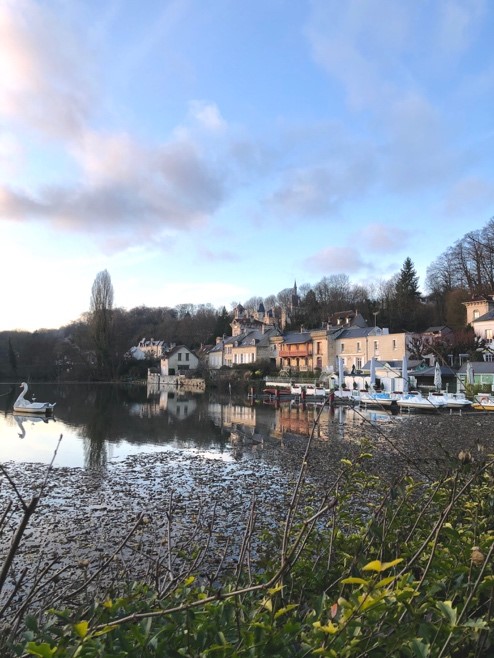 Château de Pierrefonds, a castle that is “new” in the French historical context, was built in the late 14th century. Military force destroyed the castle in the 17th century and it lay in ruins until the 19th century. Napoleon III and Eugène Viollet-le-Duc then completely rebuilt the castle, hence the “new” reputation it carries. The castle serves as a perfect marriage between medieval architecture and 19th century architecture, the two styles meeting between steel roofs and cobblestone courtyards. 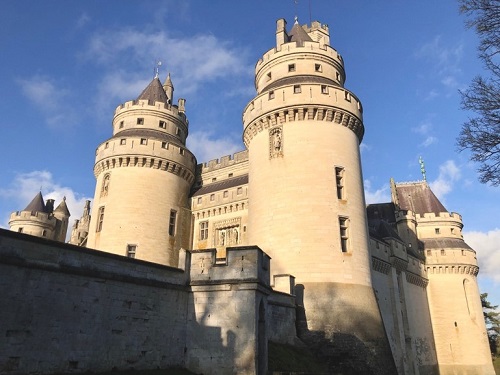 The walls of the inside of the castle were intricately painted with flowers and animals representing the prominent families who once occupied the castle. Every room we entered had at least one enormous fireplace, each tasked with heating the large stone rooms long ago. My favorite room within the castle was the grand ballroom, a room once used to entertain guests! The space included a total of three fireplaces and beautifully upholstered circular couches on either ends. The warm maple-colored wood decorated the entire hall, giving the space a warm glow along with the afternoon light flooding in from the windows of the southern wall. 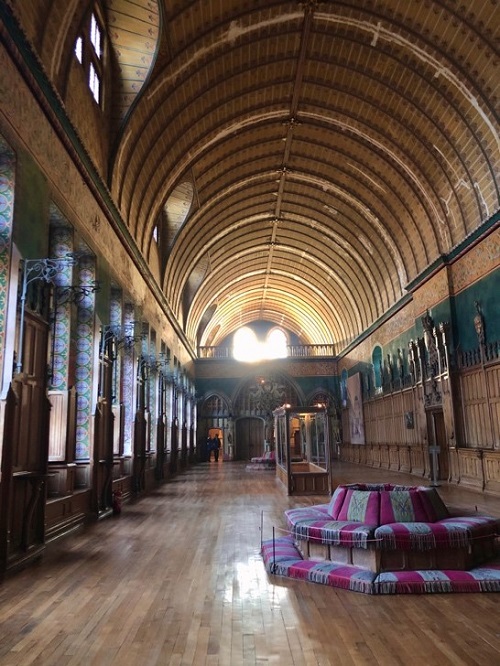 The trip to Senlis and Pierrefonds included a day’s worth of medieval sights and sounds, immersing students in a new cultural experience. It was the perfect first excursion, and it served as a warm-up to traveling outside of our home base of Paris for many students within my program – including me!