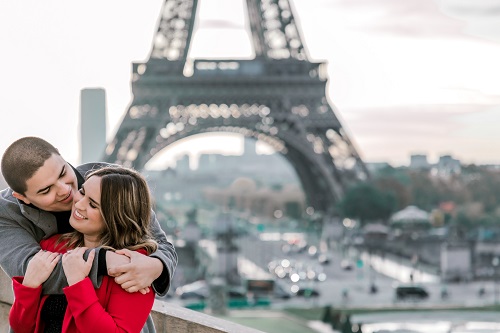 During the fall of 2018, my boyfriend and I embarked on a 4-month journey to study abroad in Florence, Italy. It was something that we were both adamant about since we were in our final year of college and both were in science-intensive majors. However, the thought of being able to experience living in another country and traveling Europe with each other was an opportunity we did not want to give up. Not only that, but that fall we were celebrating our three-year anniversary -- and what better way to celebrate than taking a trip to the most romantic city in the world, Paris?

A couple of weeks before our trip, my boyfriend had advised me to pick out a nice outfit because he had planned a romantic photo shoot in Paris as an anniversary gift. So, early that Friday morning, we both woke up and got dolled up for the photo shoot. We arrived at the Trocadero at 8 o’clock in the morning with bags still under our eyes. Regardless of being exhausted from traveling, enjoying the beautiful view of the rising sun behind the Eiffel Tower while munching on a croissant made it all worth it. 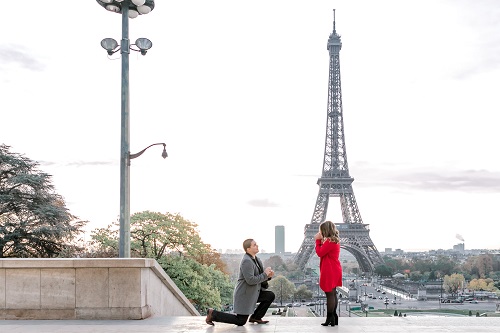 We soon met with our photographer and jumped right in to taking photos to take advantage of the beautiful morning sunrise. We took a couple of photos together, but then the photographer recommended we do some solo shots starting with myself. I stood there in the middle of the Trocadero posing, staring at the Eiffel Tower, when I heard some rustling next to me. I peeked over my shoulder to see my boyfriend kneeling, holding a ring box with the dorkiest smile on his face asking if I would marry him. It was such an emotional moment; it felt like time stopped and it was just us two in that moment. I completely forgot that there was a photographer there and let the tears slip out.

“This is actually an engagement shoot,” my boyfriend told me. After that moment, nothing could have ruined that special weekend.

We spent the rest of the weekend exploring beautiful Paris, having a romantic dinner on a boat as we went down the Seine and spreading the news to our family members. Now, a year after our engagement, I look back at our photos and remember what a special trip it was, wishing I could relive it once again. Studying abroad with CEA was a semester we will both remember forever -- traveling together, meeting amazing people and, most importantly, it was the beginning of our forever. 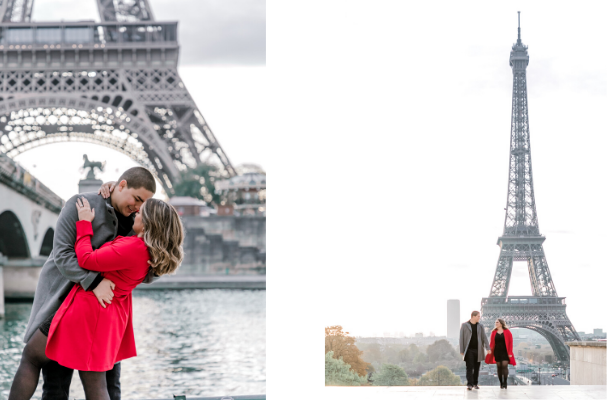 Fatima Gomez studied abroad with CEA during the Fall 2018 semester in Florence, Italy. She is currently a student at the University of Arizona.