Memories from Prague 2007: A Lifelong Gift 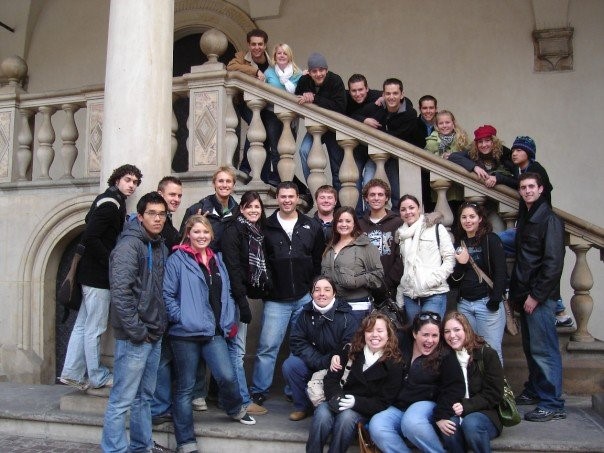 As I write this more than 11 years after returning from my study abroad in Prague, I can remember it clear as day. The city, the countryside, the smells, the sounds, and most importantly, the people. Prague was the most influential experience of my life, and it has shaped me into who I am today, both personally and professionally. 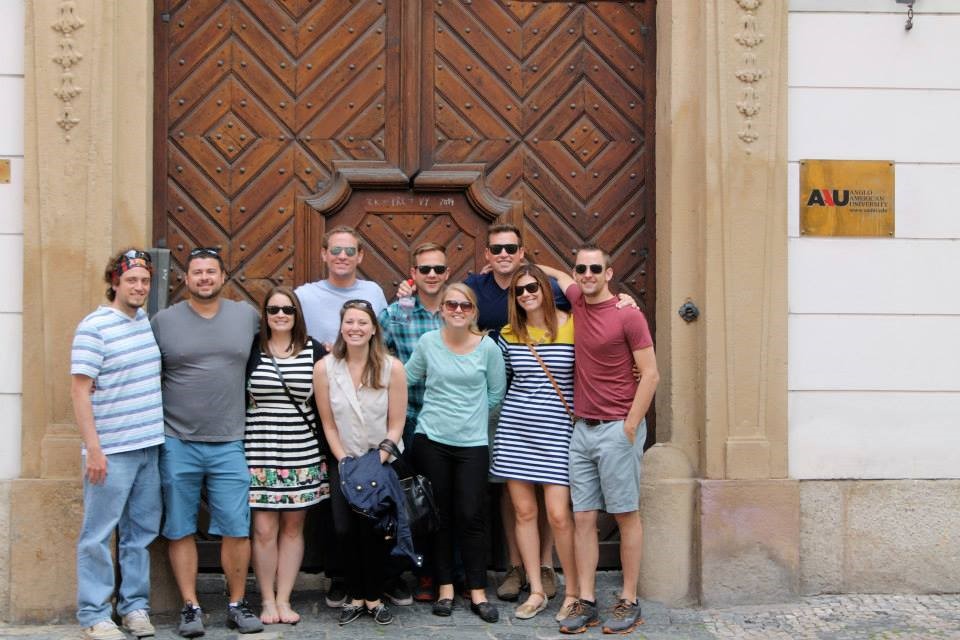 It all started well before I departed to Prague in late August 2007. I worked as a waiter on Mackinac Island in northern Michigan during the summers, and was introduced to many foreigners as they were working in the U.S. on J-1 visas. I was able to meet people from all over the world, including England, Poland, Jamaica, South Africa, and the Philippines. I was able to sample their local food, language, cultural differences, and I knew then that study abroad was something that I wanted to do during my four years of college.

I was introduced to CEA Study Abroad when I was at Boise State University in the Fall of 2006. I flipped through the pamphlet of potential cities and spoke to other students. Everyone wanted to go to London, Paris, or Rome. But when I looked at the architecture, cost of living, and geography of where the Czech Republic was, I knew that was my choice. I wanted my experience to be different, I wanted to be able to travel and to be able to afford to eat, drink, and explore areas of Europe as well as my own city of Prague.

Meanwhile, my best friend was living in Michigan and he also was interested in study abroad, so we decided to go to Prague together. We departed for our journey in August of 2007 and it was hands-down the best decision we made. We ended up living in Prague 2, off of Jecna street by metro IP Pavlova (years later, I named my dog IP). The first day we arrived in Prague, we decided to ensure we knew our way to school, so we stepped out onto the cobblestone and walked to the Anglo American University, just on the other side of the Charles Bridge in Nove Mesto. We couldn’t believe how great the location was, as it was in the heart of the action. I recently went back to Prague in 2017 with my now wife, and we visited the new school location. I have to say it’s quite impressive compared to the old building we were in. But the memories I have of the school will always be fond, especially the vending machine with Cappi and Crocodile sandwiches. 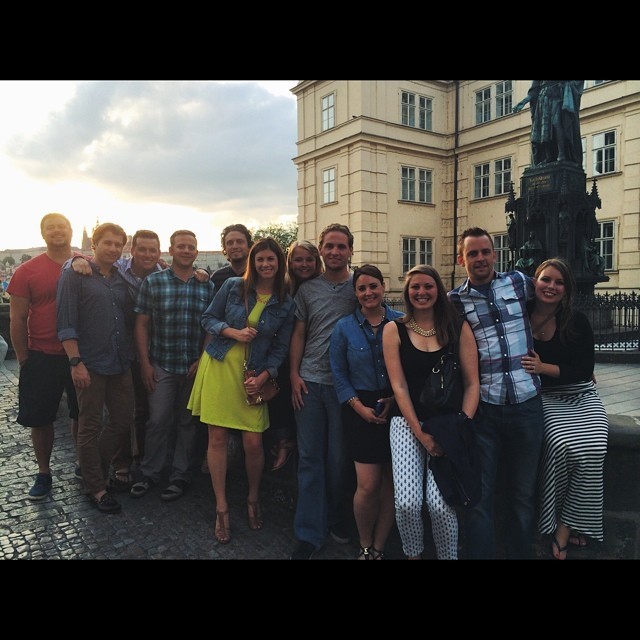 I honestly wanted to write this testimonial because I believe the group of Fall 2007 has a special connection that has lived on for over a decade now. There was a group of roughly 10 of us who became friends over the course of the semester, and have become family over the past 10 years. Matt and I lived by IP Pavlova, there was a great group that lived in the Dancing apartments including Brian Prazak and Ian Schmitt from Minnesota, Tyler Biederwolf from Wisconsin, Kelly Tobin and Tessa Waltz from California, Kyle Knodt from Maine and Joseph Williams from West Virginia. Chris Bateman from New Jersey who lived by Karlova Namesti, and you can’t forget Aubree Markwardt who lived by Andel. This group was inseparable during our time together in Prague, but it’s what happened after Prague that I find so unique.

We have gotten together every single year since 2007, and this has included reunions in Wisconsin, Colorado, and Maine, weddings in Mexico and Wisconsin, skiing trips out west, The Hunt in New Jersey, and even a trip in 2014 back to Prague. These people have had such an impact on my life and I couldn’t value these relationships any more than I do today.

Prague is such an amazing city for studying abroad. The school was in a perfect location, we were able to travel almost every weekend across Europe thanks to its location, and we were able to afford the local cuisine and culture because of the affordability of Prague. Not to mention -- I believe it's the most beautiful city in all of Europe. I couldn’t recommend Prague more, as it has left a permanent mark on my life.

Today, my experience comes up in conversations on a weekly basis, including meetings with customers, people going to Prague and me being able to provide recommendations (amazing pork knuckle at Pivosrky Dum on Jecna), and reminiscing with friends.

To anyone thinking about studying abroad in Prague, just do it. The decision is simple and the rewards lifelong.

Dan Harrison is a CEA alum who went to Prague in Fall 2007, from Boise State University.