Being an English Major in Granada 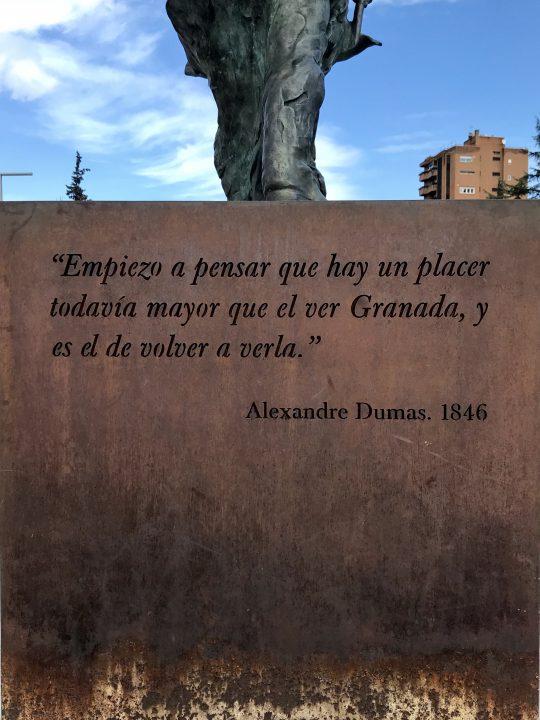 I love being an English major. But I often face some stereotyping when people ask me what I'm going to do after graduation. Most people assume that if you're studying English, you want to be a teacher. But there are so many more options than just teaching, and the flexibility my degree offers is exactly what allowed me to study abroad in Granada.

I chose Granada for several reasons, one being there are a variety of literature classes.  There are a lot of other interesting classes too. I'm actually only taking one literature class here while the rest of my classes are counting toward my Spanish and history minors.  There are so many options for taking classes abroad, and if you do your research and make sure to talk to your advisor, you could potentially have them all count toward your degree, keeping you on track with your college plan!

What's also great about studying English is that it intersects with so many other fields of study. Classes offered at the Center for Modern Languages in Granada in history, civilization and culture, linguistics, translation, art, or even cinema are great complements to an English degree; I've been able to apply knowledge I've already gained from studying English to classes I'm taking in some of these other fields.


In addition to what I'm studying as an English major here, Granada also has some interesting ties to the world of writing and literature. You can't be in Granada too long without hearing the name Federico García Lorca; after all, the largest public park here is named after him. Lorca was a poet and playwright who was killed at the beginning of the Spanish Civil War for his involvement in a social literary circle of the period. Washington Irving is another popular figure associated with the city. He came to Granada in 1829 and wrote a book about the famous Arab palace, which he called Tales of the Alhambra (published 1832). Granada has also been hailed by many other literary figures for its unique essence and beauty in the heart of Southern Spain.

While Granada is the perfect place to concentrate on studying Spanish literature, it also offers the opportunity to integrate an English degree with many other disciplines and to see how they all come together in the unique history and culture of Spain.

Anastasia K. is the Spring 2018 MOJO in Granada, Spain. She is currently a Junior studying English at Liberty University.


Anastasia Kingsley is the Spring 2018 CEA MOJO Blogger in Granada, Spain, and is currently studying at Liberty University.
Leave a comment
Newest on top Oldest on top
Load more comments
Thank you for the comment! Your comment must be approved first