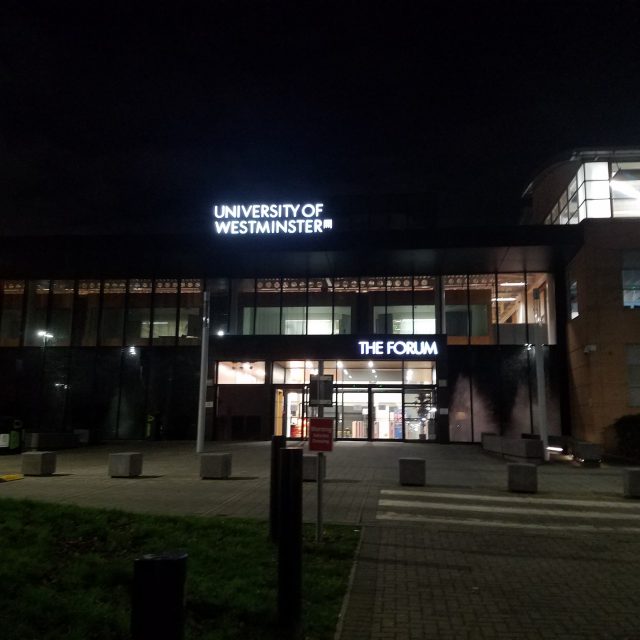 In the US, I am majoring in Media and Journalism.  As the semester moves along at the University of Westminster's Harrow campus, I must say it has given me a new perspective on the entire Communication field.  In addition to learning a whole new English dialect, I am also learning how the British media works. Spoiler: It's very different from America.

Interestingly enough, the most different aspect is in sports media.  In the US there are four major sports: (American) football, Baseball, Basketball, and hockey.  All of which are ignored in the UK because absolutely NO ONE cares about these sports.  In fact, it was pretty odd that during Super Bowl week, everyone couldn't have cared less.  In England it's all about English Premier League soccer.  One sport getting all the coverage, imagine that.

Similarly, talk radio is also pretty different.  Typically, in the States, talk radio usually goes for a causal and entertainment-based format.  Basically, the hosts spend two hours trash talking and telling jokes.  These American shows are a lot of fun to listen to, but there isn't a great deal of substance.  However, in England it's quite different.  The hosts or presenters maintain likable personalities while having a mature and reasonable discussion.  In other words, it's more formal.  A good example would be Kermode and Mayo, a film talk show on BBC Radio.


The media classes here definitely involve more practical application.  For instance, I'm taking a class called Television in London which involves making several different TV programs over the course of the semester, one of them being a documentary about London.  More specifically, my group was tasked with tackling the rich history and tradition of the city.  Our adventures took us through the underground, the Bank of England, various parks, and museums.  Nothing says "cultural immersion" like making a film about the host country's capital city!

So far, studying in England has broadened my horizons as a Media student and as a person.

Tom K. is a Spring 2018 CEA MOJO Blogger in London, England.  He is currently a Junior studying Communication concentrating in Journalism and Media Theory and Production at Western New England University.