Arrived. but It's Just Begun 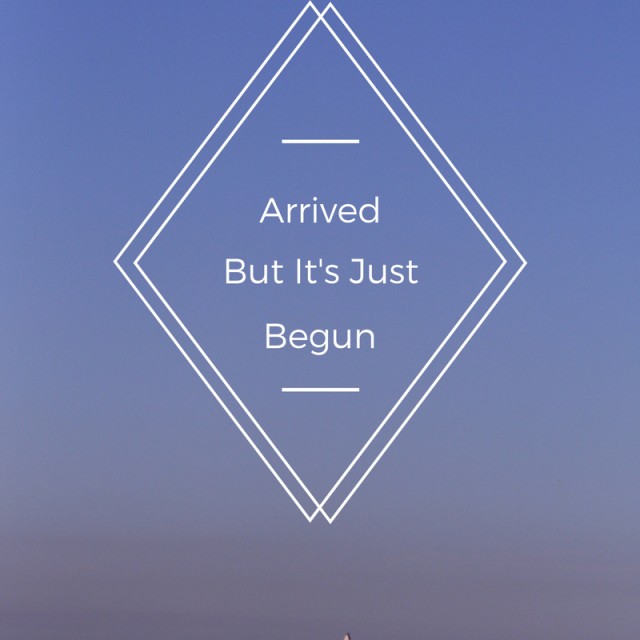 Palm trees, a quick glimpse of snow covered mountains, the Mediterranean Sea and beautiful architecture passed by as I took in my new home country for the first time. It was pure elation as the van drove me through the picturesque streets of the French Riviera. Months of packing, worrying and rushing had led to that moment of pure joy and wonder as all my pre-trip anxiety blew away with the soft, sub-tropical Mediterranean air.

Pre-trip anxiety is a real thing. My anxiety would start with thoughts about all the unknowns. For example, who my apartment-mates would be and how I would get around without a solid understanding of the language. There were so many looming new experiences, mostly exciting like living across the street from the beach and skiing in the alps but also worrisome like traveling alone for the first time in a new continent, that I did not know how to deal with the stress.

Frightening scenarios like missing a flight or forgetting my passport would play through my head. I was really excited for the new experience but having never traveled in Europe I could not picture how my next four months would play out. I prepared by reading about my current hometown, Antibes, and the university where I would study. I carefully laid out my clothes and studied basic French phrases like, “où sont les toilettes?” all to make myself feel prepared for the transition into a new country and culture.

In reality however, there was no way I could have prepared myself. In the first three weeks, I have seen, thought, tasted and felt so many things. I have already taken the train to Paris, walked the streets of Monte-Carlo, skied in the French alps and met a bunch of cool people from all over the world.


It has not been all good but challenges have matured me. The language barrier is difficult but I can still get around and am taking a beginner French class to pick up some of the language while here. There is so much to process, to write and to learn. I am beginning to understand why so many students choose to study abroad not because it’s easy but because its hard and, therefore, incredibly rewarding.

The van parked by my new home and I arrived. But had I really? I had arrived in my home but there was, and still is, so much left to do before I can say I have truly arrived at my destination. My adventure abroad has actually just begun.