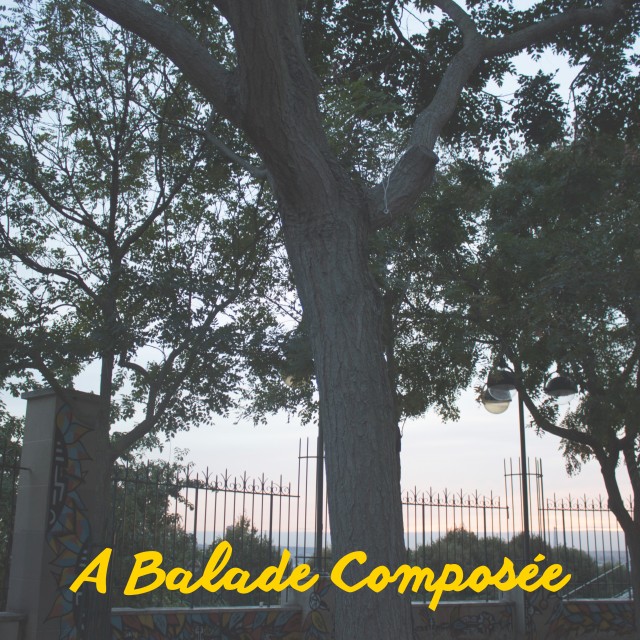 To allow us to experience the different sides of Paris, CEA organized three different balade composées, which are essentially walking tours around the city together. The one I went to revolved around several different arrondissements: the 10th, 11th, 19th, and 20th. These arrondissements collectively were once known as Belleville, but became a part of Paris in 1860.

We started at the intersection of the four arrondissements and headed toward the 10th. The area had remnants of Chinese culture, making Belleville the "second Chinatown in Paris." We stopped at a street that was liberally covered in street art and graffiti - one of the streets in Paris where this is actually allowed. Each artists' work had a distinct personality and style, making the experience quite interesting.

Next, we headed towards the Parc de Belleville, which is a park located on top of the Belleville hill. The view at the top was simply breathtaking - we were able to see a variety of Parisian monuments from that point (such as the Eiffel Tower) as well as the skyline of the surrounding areas. The park itself displayed several murals and mosaics on the pillars of the park's structures.

Luckily, we made it to the top of the hill just in time to see the sunset, which made the trek up there all the more worth it.


After some photo ops, we headed downhill to a restaurant that served Algerian food to have a little "goûter," or taste, of their traditional dishes. We were able to try a mini sausage, a cornbread-like dish, an eggplant dish, a cold potato dish, a flatbread, and even some saccharine soda that tasted oddly like banana-flavored Laffy Taffy.

All in all, the walk was a success. It was  refreshing to visit an area that wasn't too saturated with tourists, especially since I would never have known to visit that area on my own.


Kayla King is the Fall 2016 CEA MOJO Blogger in Paris, France, and is currently studying at Point Loma Nazarene University.
Leave a comment
Newest on top Oldest on top
Load more comments
Thank you for the comment! Your comment must be approved first