My Trip to Budapest 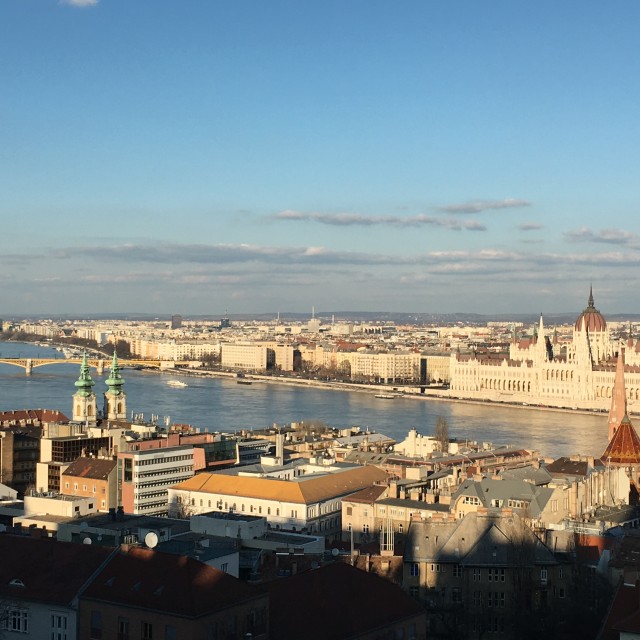 One of the most meaningful trips I have taken while in Europe has been my trip to Budapest, Hungary. This trip had so many learning experiences, especially since it was one of the first trips I took while abroad. To be honest, I knew very little about this city or its history prior to visiting. Almost everything about it was foreign to me: the people, currency, culture, and history. However, this was definitely one of my favorite trips that I have taken while in Europe. Early one Thursday morning in February, a friend and I took a Student Agency bus to Budapest one of the first weekends we had abroad. The drive is about 7 and a half hours, but we left early enough to where we slept almost the entire way.

Hungary uses the Forint, one US Dollar is roughly 275 Hungarian Forints. This was confusing and difficult at first, we found ourselves questioning how much we were really paying while in Budapest.

One of the best and most interesting things we did while in Budapest was go to the Museum of Terror. This museum takes you through the history of communism and Nazi rule in Hungary. I found that I really had no prior understanding of the Communist rule in Hungary and the long-lasting impact it had on the people there. By the end of the tour, you walk around the basement of the police station where many Hungarians were tortured. It was a surreal moment be in that space.


I was also surprised to find that the food in Budapest is so good. Honestly, I enjoyed all of the restaurants we went to. Of course, one of the first foods we got in Budapest were their famous chimney cakes, which are pretty similar to the trdelniks of Prague.

Besides the large attractions of Budapest, we also were able to go to the thermal baths. People of all ages and backgrounds flock to these baths in Budapest. The Szechenyi baths are by far the most popular. We went in the late afternoon so we would be able to witness sunset. Those 2 and a half hours flew by and it ended up being a really cool experience.

Of course, while we were in Budapest, we felt we had to experience the famous ruins bars. These bars are revamped and redecorated versions of old, crumbling buildings. We went to Szimpla, Extra and Instant. Each bar has its own theme, decorations and identity. Locals and tourists alike pack these old buildings.

Although I only stayed for a weekend, Budapest is somewhere I think I could have spent a week. If I had the time, I would have loved to tour the Parliament and Opera building. Hopefully my travels will bring me back to Hungary in the future!

Charlotte Mabry is Spring 2016 CEA MOJO in Prague, Czech Republic. She is currently a junior at the University of Georgia.