Being a Political Science Major in Prague, Czech Republic 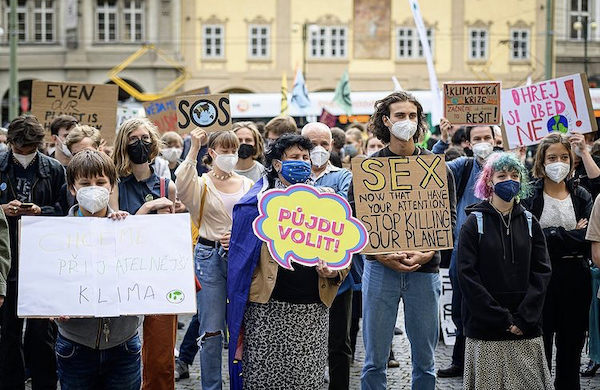 With my time studying abroad in Prague, I have so far been able to engage in so many different ways in the Political Science field that have gone beyond the classroom and really enhanced my knowledge and experience. To begin, obviously classes are one of the most important parts of getting a degree in Political Science. At Anglo-American University (AAU) in Prague, they have a wide array of classes you can take if you are interested in Political Science or International Relations (which is one of their most popular majors for students that attend the university). I am currently taking two political science classes. One is called “Media in a Democracy” and the other is called “International Organizations.” Both of these classes I find super engaging and interesting, and really have pushed me to think beyond just the American focused Political Science major. These classes are full of students from all around the world, so we discuss with one another political events and news happening all over the world, and I have gotten to hear so many different perspectives. From talking about the Pandora Papers and Facebook in my “Media and Democracy” class to the situation in Afghanistan with the rise of the Taliban in my “International Organizations” class, I get to hear from students all over the world what they think about these issues, and then present my own. 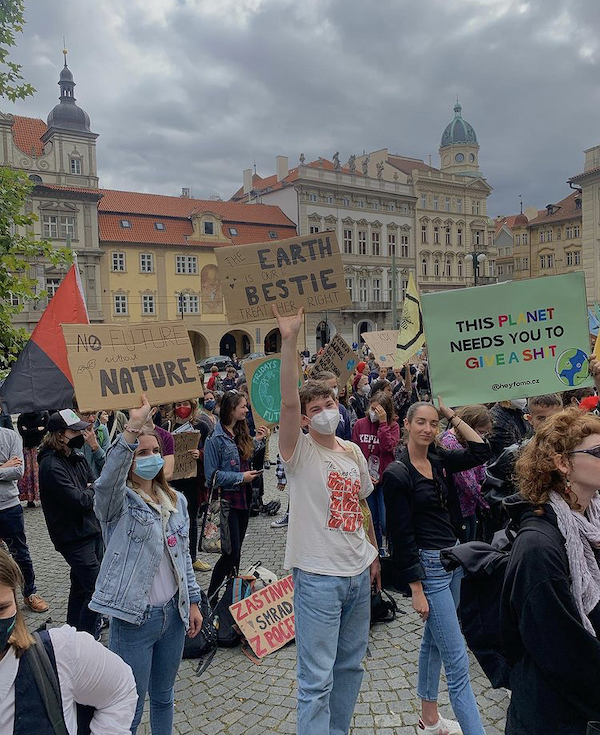 Just from living in Prague as well, I have been able to learn all about the monumental change in the social, political, and economic livelihoods that the Czech Republic underwent in just that last hundred years – including being under democratic, socialist, and communist rule. I have also seen the significance, remembrance, and celebration of very important politically aligned Czech Holidays, one being St. Wenceslas Day or Statehood Day, another being Czech Independence Day, and the other one coming up soon called “Struggle for Freedom and Democracy Day.”

Additionally, AAU hosts all sorts of events to engage students interested in political science and international relations. They have “Professors in the Pub,” which is an event where students and professors come together to discuss issues in the world in the cafe at the university. AAU also has clubs like the Model UN Club to engage students who are interested in diplomacy, debate, and taking different stances arguing about some of the most pressing issues in the world. 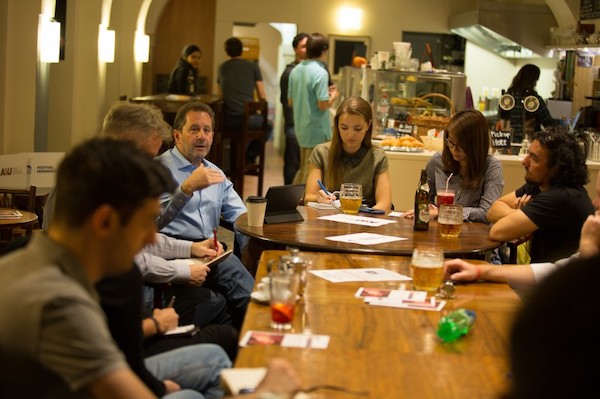 More specifically, my own experience with being a Political Science major abroad has been super enriching. First, I am doing an internship in the Political Science sector. I am interning with Arnika, which is a Prague-based environmental non-governmental organization (NGO) that works on projects all around the world with different partners. They fight for people to know their rights when it comes to the environment, like clean water, clean air, what local, state, and international laws say about the environment, etc., and they have programs mainly in environmental conservation and preservation and toxics and e-waste areas. They work alongside governments and people all over the world to help fight for a better, cleaner, greener, and safer environment for all. I have been able to read many of their reports about their work all over the world, help them with research on new programs and policies, and help prepare them for a convention called the Aarhus Convention. They are a great place to work for, and I am so glad I am getting this experience abroad as not many people can say they have interned abroad before.

I also have gotten to experience many different events that have shown my political science knowledge and studies in action almost as mini case studies happening right before my eyes. There have been climate protests happening in Prague on Fridays organized by Fridays for Future Czech Republic, where tons of people gather to demand the Czech government do more when it comes to climate change. There are always tons of protests going on in Prague, too, and it is always interesting to see what people are fighting for – such as freedom of speech protests, protests in relation to animal rights, working conditions, government corruption, and COVID restrictions, among other things. Additionally, I have also seen the Czech Republic go through nationwide elections. I saw, read, and heard the many campaigns, events, and stories around the recent elections that were just held in the Czech Republic. I got to see the Czech people basically shift power away from the current Czech Prime Minister, and have many new people of the opposing and previous minority political parties gain seats in the Parliament. I then got to read and hear all about what Czech people thought about the elections, what the new government will be like and what laws will they try to enact, etc. Finally, I recently found out that you can go see and get a tour of the Czech Parliament building, which is literally right next to AAU, so I definitely at some point want to check that out. Even if the tour is all in Czech, I think it would be an awesome experience to go see!

Overall, as you can see by all of the many things I have mentioned, in Prague there is just so much you can experience, see, and do as a Political Science major. There is no shortage of learning opportunities, from inside the classroom and at the university to the politics of the Czech Republic; something is always going on to further enhance my learning.

Justin Duca is the Fall 2021 CEA MOJO Blogger in Prague, Czech Republic, and is currently studying at University of Delaware.
Leave a comment
Newest on top Oldest on top
Load more comments
Thank you for the comment! Your comment must be approved first