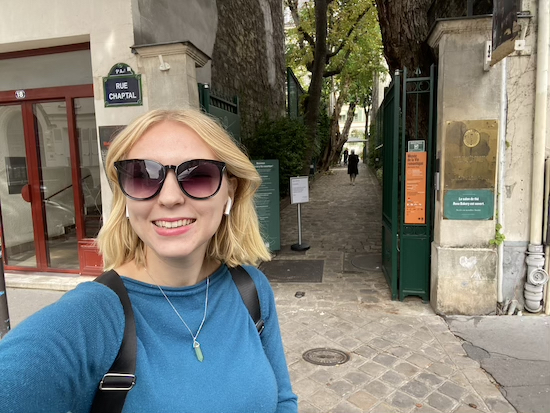 Paris is one of the most beloved cities to visit worldwide. Why shouldn't it be? There are about a million landmarks and tourist sites. Iconic silhouettes such as the Eiffel Tower and Arc de Triomphe make this city stand out. Unfortunately, these sites are often crowded with tourists for the same reason. So once you’ve visited all the “TOP 10 PARIS LOCATIONS TO SEE NOW,” why not look around at some of the more discreet — but still beautiful — spots in Paris?

From the street, it’s almost impossible to know that this museum exists. It blends in with its apartment building neighbors in the 9th arrondissement. Once you get through its gates, you are transported back to the 19th century. The museum itself is the old house of Ary Scheffer, a painter and supporter of the arts. He regularly hosted his close friends (wink), writer George Sands and composer Frédéric Chopin. You can go through the house and see portraits, furniture, and writings from their era; it’s like a little time machine in Nouvelle Athènes. There’s also an adorable salon de thé in the courtyard, so relax and enjoy a warm beverage when you’re done browsing. (Selfie at the entrance to the museum pictured at the top of this post)

This addition to the list is probably the most well known of my “hidden gems,” but I include it because it is often overshadowed by its neighbor, Le Grand Palais. Le Petit Palais is much more modest but still hosts an impressive collection of art, sculpture, and ancient artifacts. If you’re looking for something cultural that won’t take too much time, this is a good choice. Unlike the Louvre, it won’t take weeks and weeks to get through this museum, but any art fan will be glad they went. Plus, when you are finished looking around the Champs-Elysées and Jardin de Tuileries are each a short walk away and you can meander through there.

Readers everywhere, you will adore this spot! You’re more likely to have heard of Shakespeare and Co., an English-language bookstore near the Cathedrale de Notre Dame. Shakespeare & Co. has the name-brand recognition, but Librairie Galignani has the selection. This bookshop is huge and will undoubtedly have what you need, whether it be a new novel to pass the time or a massive tome on the history of Paris (and everything in between). It also has the historical benefit of being the first English-language bookstore in continental Europe! The only caveat? If you’re in France to learn French, you should alternate your English bookstores and French ones (try Librairie de Paris in the 17th arrondissement for a wide French selection).

Sophia and Kiya in front of Librairie Galignani

My last suggestion isn’t a place - it’s a day (two days, technically)! Fall semester students, this one's for you. Every year, France hosts a weekend where all museums, cultural sites, and government buildings offer special events to the public. I had never heard of this festival before I chose to study abroad in Paris. Places like the President’s house and Hotel de Ville (city hall) that are normally closed to the public open up and give tours. There are things to do across the city. For example, I did an introductory Arabic lesson at the l’Institut du Monde Arabe, toured the stables at l’École Militaire, and joined the bike fair at Place de la Concorde! There’s so much to do, and I strongly recommend doing your research early because the particularly engaging events book up in advance (I wanted to do a tour of the metro tunnels but missed my chance). 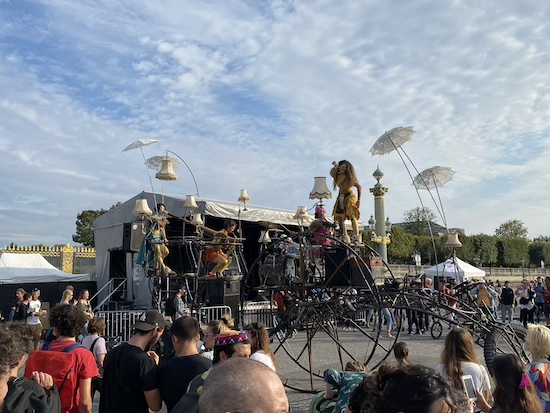 Concert at the Bike Fair