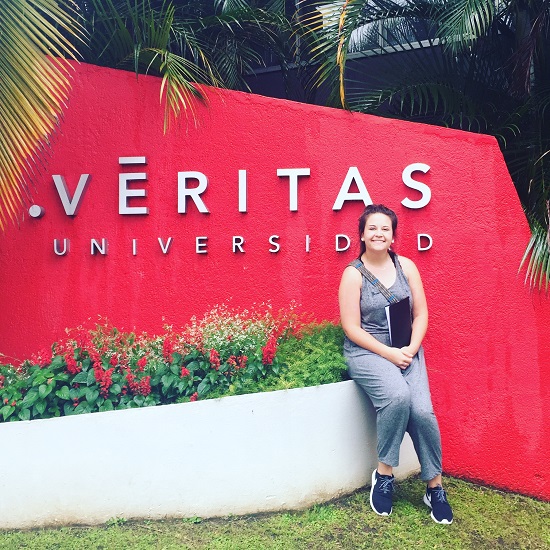 What about your CEA program fit your academic needs and interests?
CEA has all of the fun locations and excursions as other programs, but it was the only one that offered courses that would actually count as credit toward my degree. As an engineering major, even if you are not taking engineering courses, it is difficult to find courses that will be accepted by the university. The price was also reasonable and receiving credit made it that much more justifiable.

As an engineer, did you have any concerns or hesitations before arriving at your study abroad location? What made you confident in your decision to go?

I don’t think any of my hesitations were unique to being an engineer. I was nervous just as everyone else to go live in a new country I’d never been to before for an extended period. It’s scary and exciting, but ultimately that excitement is what propelled me to get on the plane.

Did you take any engineering courses abroad? If so, which courses at what institution?

I did not want to take any engineering courses, so I chose to take all elective courses. I took Spanish for my first month abroad and then I took history and a Theory of Latin American Tropical Dance class during my second month. I studied at Veritas University in San Jose, Costa Rica.

Do you have any advice for engineering students who are interested in studying abroad?

I would say that if there is any ounce of desire or curiosity in you to study abroad, walk into a study abroad office on campus or contact a program you find online and see what they offer. It may require a little extra planning and coordination to get there compared to other students, but it is very much worth it. Don’t discount yourself from studying abroad just because of your major.

Why did you decide to study abroad?

I had always wanted to live somewhere else for an extended period of time and I’d never been south of Mexico. Costa Rica is known for its nature, beauty, and adventure, and I knew I wouldn’t get another opportunity like this. I expected to be working at internships the next two summers and then I would immediately join the workforce. I also figured it couldn’t be much different in terms of cost compared to attending my U.S. university. I just wanted an adventure and I knew I’d regret it if I didn’t at least look into it.

What was a typical day like? Walk us through your day and class routine abroad.

I had classes at random times throughout the day, similar to how college here in the U.S. is. I usually had between 2 and 4 hours of class per day. I would eat breakfast and dinner at home with my host mom and roommates, and then lunch was on our own. I went somewhere different every weekend, sometimes with a group of people from my program, sometimes just with my roommates, and sometimes with an organized excursion either with CEA or an excursion company. 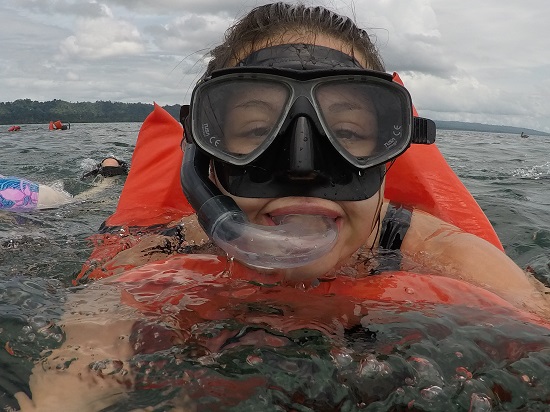 Did you take part in any of the weekend excursions or included activities?

Yes, I attended everything. CEA is great with planning fun excursions, which makes it easy to see the country without having to plan and it’s a great way to meet people. All you have to do is pack your bag and show up!

I lived with a host mom in a nice house with two other full-time roommates who were also in the same program as me and then I had three other roommates who were there for a shorter duration throughout the summer. I was living in an urban area very close to my school, but I never felt unsafe.

What skills have you gained by studying abroad?

I’ve definitely gained more of a sense of independence. I don’t really have a fear of unknown places or of people who don’t speak English. Costa Rica helped me to trust that there are other parts in the world that are good places with mostly good people. Visiting Costa Rica only enhanced my curiosity in the rest of the world and made me want to experience it all! Also, obviously my Spanish speaking skills greatly increased and so did my ability to communicate with people who I may not have much in common with.

Anything else you’d like to add about your experience abroad?

Since it wasn’t originally asked, I studied abroad in San Jose, Costa Rica for 3 months in Summer 2017. I also got a break halfway through for about a week and used that time to travel to Nicaragua and Panama, which was incredible!


Caley Dallman is a CEA alumna who studied abroad in San Jose, Costa Rica, during Summer 2017. She is a graduate of Colorado State University.