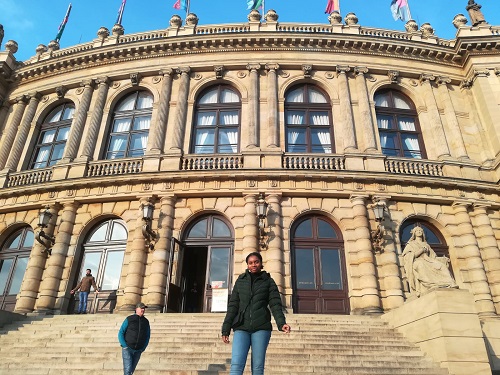 Studying abroad isn’t on every college student’s checklist, especially if it is not affordable for them and not common within their family. These factors existed for Sydney, but she made her study abroad experience happen. She is a recipient of the Global Career Scholarship, which is awarded to students who are pursuing a career with global ties. She spoke with me about how her personal background influenced her decision to apply for this scholarship and continues to shape the way she studies abroad in Prague. 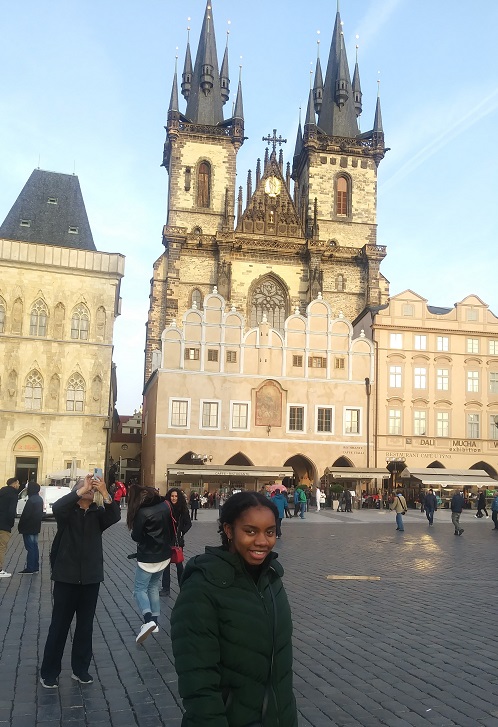 Sydney learned about study abroad while applying for college and confirmed her desire to spend a semester in a different country after she attended her first education abroad fair. For her, college is the perfect time to go abroad because that is when curiosity is growing and students are encouraged to seek out answers for themselves. She wanted to do something on her own, and the first step was to apply for scholarships that would take her to a city that wasn’t as popular as others.

The Global Career Scholarship was important to Sydney because it confirmed her passion to work in international law, which would allow her to travel and work with different cultural groups to explain intellectual property laws. It was also very important for Sydney to receive this scholarship because it helped her “alleviate some of the costs” associated with studying abroad. Along with applying to scholarships, she created a GoFundMe to raise money that would bring her closer to her goals. Although she was only sending this to her family members, she still went through the challenge of wording her message to express her sincerity and honesty. Being awarded the scholarship and receiving support from the GoFundMe increased her confidence, because she was given recognition for being so original and authentic. 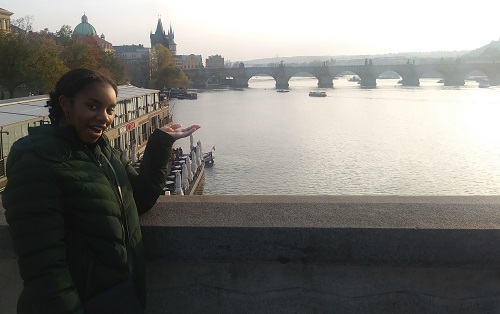 Throughout her time in Prague, she has been growing both professionally and personally by gaining a new sense of awareness. Before going abroad, she focused on the immediate financial and academic aspects of the program. She knew being a black woman in Europe would play a role in her experience, but she told herself to “figure it out when [she] gets there.” She did not realize the extent to which she would have to be wary of being herself. Discrimination exists for her back at home, but she has noticed more incidents while being in Prague. She has seen people grimace at her and has been shoved while walking on the sidewalk, but she takes it all in stride. She says, “I can only move past it after I acknowledge it.”

Although it is frustrating to experience these situations by herself, Sydney takes the time to understand where she is and who the people around her are. She now knows the meaning of resilience and sees how strong people of color really are. She is forming her own story while enjoying the laid-back lifestyle and outdoor restaurants in Prague. With everything she is learning inside and out of the classroom, she is ready to continue her path to an international career. 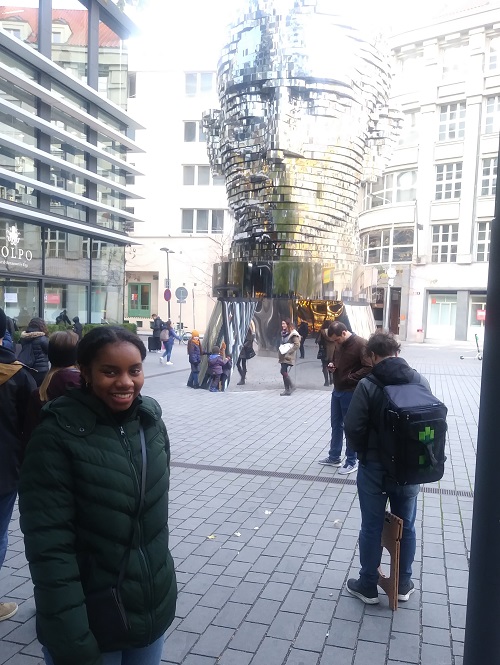