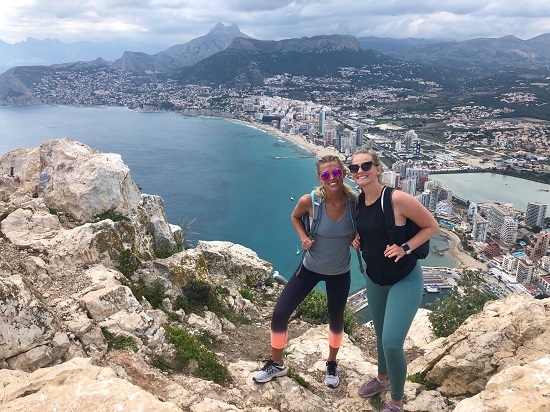 I was only one year old when I flew on a plane for the first time. My mom and dad took me to visit my grandparents in Clearwater, Florida, and from what I've been told, I had the time of my life. In my almost 20 years since, I could not tell you how many times I have flown on a plane. I have been incredibly fortunate to have two parents who value and love traveling, so from Hawaii to Boston, from Belize to Chicago, I have flown all over America, the Caribbean, and Central America. 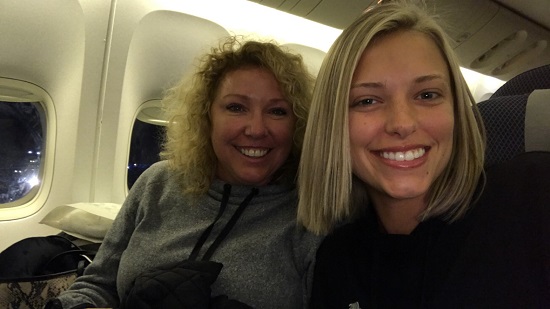 Studying abroad has been a dream of mine for as long as I can remember, and I can thank my parents for my desire to explore and see the world. Picking a destination was not hard for me. I love the Spanish language, and I wanted to go to Europe, so Spain it was. My mom’s career was in international business, and years ago, she traveled often for work. Her work took her to India, London, Beijing, and Singapore. All my life I had heard stories of the time my mom spent overseas, and I when I had the opportunity to experience the other side of the planet for myself, I could not have been more excited.

My parents were more than supportive of my decision to study abroad, but only under one condition: my mom had to fly with me to Spain. Mom and I decided to spend three days in London before Spain, so at the end of January, we boarded our plane. This flight was nearly three hours longer than any flight I had been on before. I think my excitement helped my nerves and made the flight go by quicker, plus it was a bonus that I was able to watch endless TV shows and movies, along with getting served dinner, breakfast, and a snack. Arriving in London was overwhelming, but in the best way. Our three days spent there were amazing as we explored the city, and I was in awe that I was finally in Europe -- a place I had dreamed about for so long. 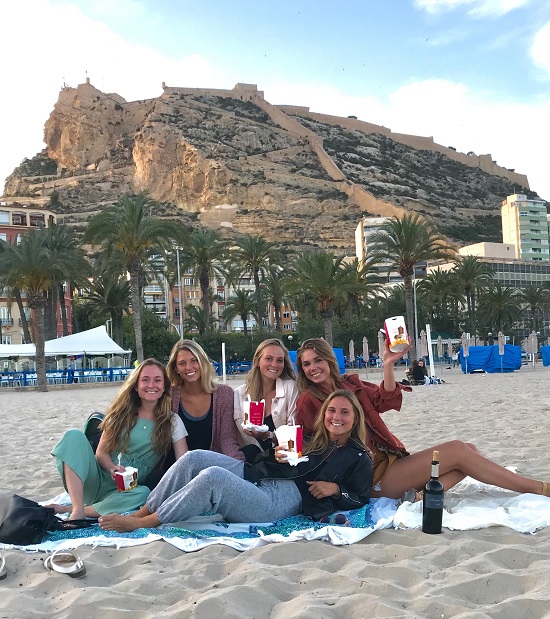 I arrived in Spain and instantly fell in love. My mom made sure to give me my space to adjust to my new city, apartment, and meet friends. I felt embarrassed and immature to be the only student to have my mom travel with me, but the night when I said goodbye to my mom, it finally hit me that I was going to spend the next four months in a foreign country across the ocean without my family. I was nervous and intimidated by both the language and the culture. Going to the grocery store, riding the tram to and from the university, and going out to eat were scary and difficult. I began to avoid people and spoke as little Spanish as possible, but I quickly learned that this was no way to spend my time in Spain. I made a promise to myself to try new things, and try everything!

The next four months were filled with some of my most exciting and wonderful memories and experiences. I stayed true to my promise. I had the best group of girls in my study abroad program, and I never passed up an invitation to go to the beach, out to eat, or on a weekend trip. I tried octopus, squid, sea urchin, and fish that I do not even know the name of. I fell in love with doner kebabs after refusing to try gyro meat my entire life. When my roommate asked to plan a last minute trip to Vienna, I agreed and had an amazing weekend wondering around the city. I visited cities along Spain’s coast, swam in ice-cold waterfalls, climbed the side of a rock formation, and hiked the famous castle in Alicante more times than I might have wanted to. I do not regret anything during my study abroad experience, and I am so glad that I forced myself to be open to new things, despite being nervous and uncomfortable. If you are going to spend time away from home in a new country, it only makes sense to eat, see, and do new things as well. If you do not, what is the point of studying abroad? 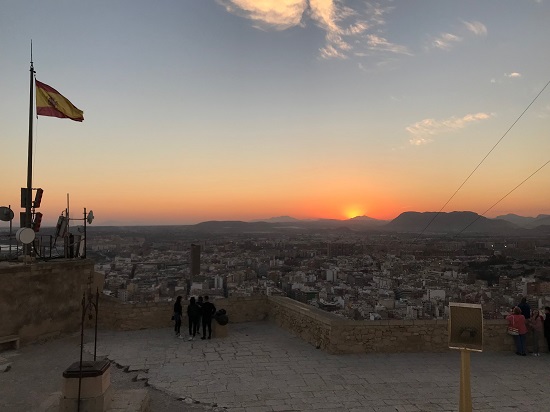 Kaitlyn Reif is the Spring 2019 Alumni Ambassador in Alicante, Spain, and is currently studying at University of Tennessee.
Leave a comment
Newest on top Oldest on top
Load more comments
Thank you for the comment! Your comment must be approved first