Reflecting on My Semester in Rome 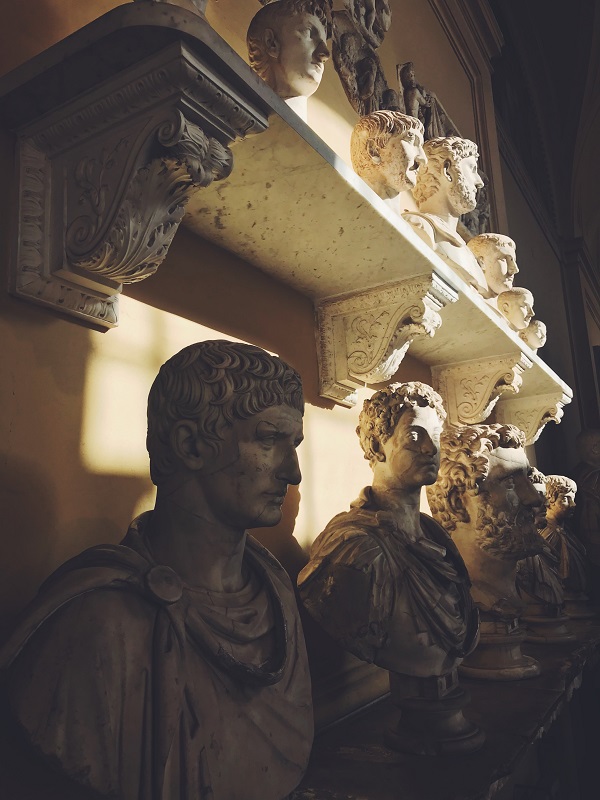 ABOVE: Statues at the Vatican Museum in Rome.

Studying abroad in Rome has been one of the most life-changing experiences. I have encountered so many different people that I would have never met if I had stayed in the States. It is such a cliché to talk about how going abroad changes your life, and before I went abroad, I always rolled my eyes at the kids who said things like that. After experiencing it for myself, I regret not listening to them more closely. I have been exposed to new cultures, both in Rome and in all of my travels throughout Europe.

Immersing yourself in new cultures makes you take a step back and appreciate things differently. This was applicable in every country I went to, even if there were less noticeable cultural differences. In Italy, I learned to appreciate eating in an entirely new way. Instead of just inhaling my food, my roommates and I all learned to take our time and enjoy dinner. It was no longer an hour out of our day; dinner became an event that we would look forward to. We would spend hours at dinner, and it completely changed how I view eating. It became a moment to savor and enjoy.

I have definitely changed since being abroad, and I would definitely say it has been for the better. I have grown as a person and have done things I wouldn’t have had the opportunity to do before. I was able to see how independent I can truly be -- by taking a solo trip to Stockholm, Sweden, and spending the weekend walking around by myself and experiencing a new place on my own. I’ve always thought I was independent, since I went to school in Alabama without knowing a single person, but traveling to a new country on your own after being with your new roommates for a month really makes you realize how much you can truly accomplish on your own. It made me feel so confident and proud of myself, knowing I booked a trip that I have always wanted to do, even though I would be doing it on my own.

There are so many skills and ideas that I’ve acquired that I’ll be bringing back home. I have always been a talkative and personable person, but studying abroad and having to make friends and meet new people has made me even more outgoing. Being abroad, I realized that I was a different type of outgoing, because everyone there knew we only had a few months with each other -- so we wanted to make the most of it. I became close with a lot of people really quickly. I have also learned to be more open-minded, a trait that I’m definitely going to stick with once I go home.

I think studying abroad will have a great impact on my future in many different ways. I gained numerous life skills while I was in Italy, and the experience has shaped me in ways that would have never occurred if I stayed home for the semester. Studying abroad has been one of the most rewarding experiences of my life for a number of reasons. I have met some great friends with whom I’ll always stay in touch, and I have found a new sense of independence within myself. If you have the opportunity to study abroad, absolutely do it -- you will not regret it.