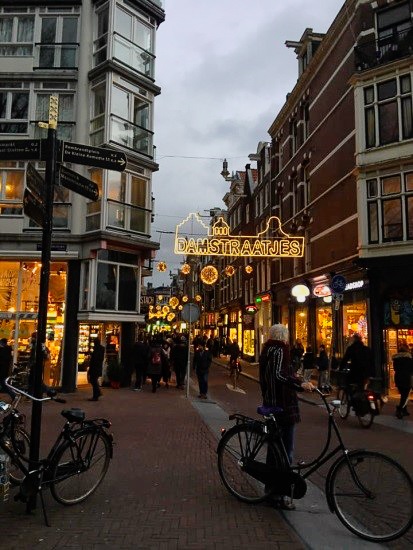 During the Fall 2018 semester, I studied abroad in Alicante, Spain, with CEA. Living in Europe gave me the opportunity to travel to several different countries and experience so many different cultures. On my last weekend trip of the semester, I spent a wet and windy weekend in one of my new favorite cities in Europe: Amsterdam.

Despite the early December weather, I spent more time walking around Amsterdam than any other city. My friends and I stayed in a hostel on the north side of the River IJ, across from the train station. Every day, we rode the Buiksloterweg ferry to Amsterdam Centraal – a short ride that the city provides for free for pedestrians, bicyclists, and motorcyclists. Once you are on the other side of the canal, the city is shaped like a giant “C.” I could navigate by using the train station as my center point and following the canals down into the heart of the city.

Amsterdam has the charm of a small down with the hustle of a large city. In December, the sun sets very early – around 3 p.m. However, Dam Square and other streets in the city were illuminated with Christmas lights; with the city still bustling with people, I never felt like I was walking in the dark. Flower markets still flooded the streets in the early winter month, and bicyclists rode cheerily through the rain. There’s never a bad time to visit Amsterdam, because no matter the weather, the city maintains an unwavering style and aesthetic that I could not find anywhere else in Europe. 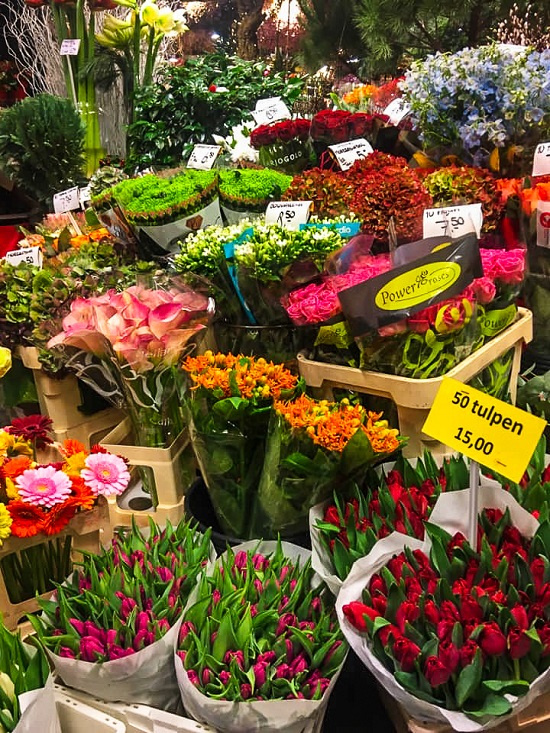 I loved exploring the city and learning about the history and culture of the Netherlands. If you are a museum junkie like me, then you’ll love the Anne Frank House, Van Gogh Museum, and the Rijksmuseum. If you like to take in the sights of the city, then you should look into taking a boat tour or renting a bike. **Public Service Announcement: in Amsterdam, bikes always have the right of way on the streets before pedestrians and cars. There are almost as many bikes as there are people in the city – almost 850,000!**

Back to our regularly scheduled programming: Amsterdam is amazing. From ice skating in Rembrandt Square to admiring 19th century art, Amsterdam has something to offer for everyone. I highly recommend that students studying abroad in Europe add this beautiful city to their travel plans.

I’m so excited for the students who get to study abroad in Amsterdam with CEA starting Fall 2019 – make sure you guys write some blogs and post lots of photos tagged with #CEAabroad. Okay? Okay.

Cate Lewellyn is the Fall 2018 Alumni Ambassador in Alicante, Spain, and is currently studying at Illinois State University.
Leave a comment
Newest on top Oldest on top
Load more comments
Thank you for the comment! Your comment must be approved first