Don't Know Where To Study Abroad? Why Ireland May Be Ideal For You 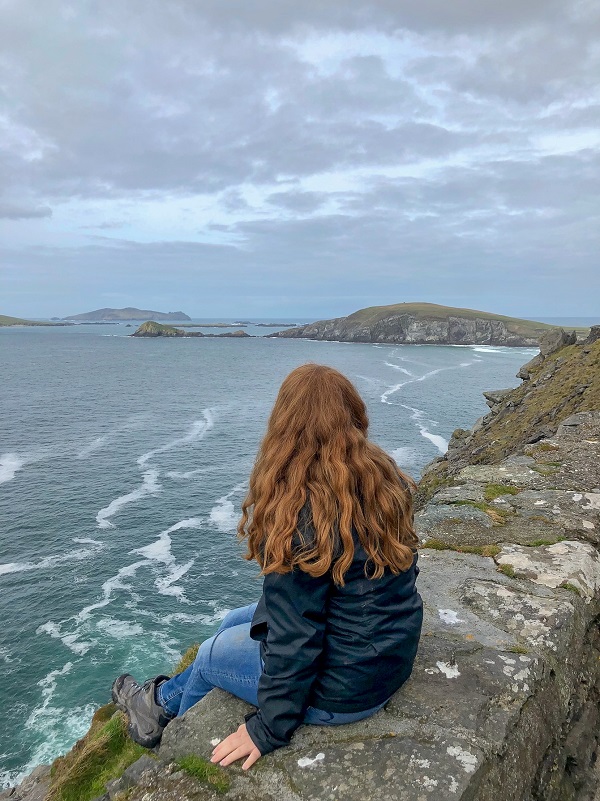 Here I was in Dingle (County Kerry), which was my favorite trip through CEA of all. The trips and adventures you can go on in Ireland really do seem endless.

If you’re anything like me, human connection is a desirable factor of life––as is feeling grounded in your state of being, and existing at such a level of happiness that nothing or no one could greatly irritate you. This is how I felt during my time studying abroad in Galway, Ireland, which became more like a home for life than a temporary experience abroad, not even two weeks into the semester. Sure, I endured an adjustment period, like most study abroad students do, but I didn’t feel as emotional as I thought I would. While I felt slight culture shock and disbelief from being in Ireland for the first month or so, I never felt homesick; and now that I’m back in New York, I have been able to look back and know that Ireland was truly the ideal location for me––and it very well could be for you, too.

With any country for a possible experience abroad, there are always factors to consider, like the culture, weather and whether or not you can picture yourself there. You should think about why you want to go, but also don’t think about your decision too much. Don’t second-guess yourself if it is really what feels right for you, which is how I felt when I discovered Galway. These four months in Ireland had become my daily routine, and I didn’t just live there. I felt alive there.

I’m all about enjoying life and having fun, but I do have sides to me that differ from this persona: one that can be shy when meeting new people, and another that is serious when it comes to academics. Studying abroad in Ireland allowed me to focus on my schoolwork and immerse myself into new literature as an English major, but it also pushed me to put myself out there more. However, this wasn’t really scary, because the people there are so welcoming and comforting to be around. A common phrase said by the Irish youth is, “What’s the craic?” which roughly translates into, “What’s going on for fun?” The Irish are really not that afraid to talk with strangers, and conversations would frequently be started with my friends and me––especially when I was with fellow Americans. Boy, are they interested in learning more about our own culture and where we are from or what! They really did put in the work to make some sort of familial connection to whichever state or nearby one that we live in. Since I’m from New York, I would commonly get an excited response like “Really?! I have family who live there!” I realized they most likely meant the City, but I didn’t want to correct them. They’re too nice and excited about conversing with us, which made me even more intrigued to take part in conversations.

I really had the time of my life out on the town during both the day and night, whether this meant running into a friend or making a new one somewhere on campus or in a pub! This country may be small, but their love for craic and conversation is definitely not. If you decided to study in Ireland, you would feel comfortable knowing that the people there are generally neither mean nor uptight, and they are always up for a good chat and to have some craic.

Contrary to popular belief, the sun does come out in Ireland… sometimes. From about January to March, life on the west coast was frequented by wind and rain, but the sun did start to shine more on us all when it was headed toward April. Just when I had to leave was when it was the most beautiful I had ever seen it there. However, while I know that not many allegedly favor rain, I actually do. I don’t know what it is, but I’ve always found myself more invested in the idea of rain than shine, which truly made this land the perfect one for me. If you aren’t the biggest fan of rain, you could still have an amazing time studying in Ireland. Rain is common there, but after awhile you don’t really even notice it. All that remains is just the beauty that surrounds you.

I always say that the Irish are warm-natured despite the cool weather. Also, a joke that I’ve heard at least a few times now is: “If you don’t like the weather, just wait five minutes!” Just like how their weather is always changing, you will learn and evolve into an even better state of you, and gain an eye-opening, irreplaceable perspective on life if you so choose to study in Ireland.

When I wrote my first blog for CEA, I decided to place these two adjectives in the title next to Galway. I did this not only because I love alliteration, but because I couldn’t think of a better way to describe my reaction to Ireland, which still holds true to this day. Much like craic, “grand” is a common expression used there when conversing with someone to describe a great situation, or to give praise for something that has been done. Whenever I even just spoke with my Irish friends about our days, I found them casually using this word, to a point where it’s pretty much the Irish version of “awesome!” in my mind now.

Seriously though, when people who haven’t been to Ireland picture this land, beautiful stretches of green and fields filled with sheep frequently come to mind––but this is only part of the true image. Only by studying abroad or living in Ireland will you be able to familiarize yourself with what else makes this land just so gorgeous and grand. I struggled for awhile myself to ultimately decide on a study abroad destination, but once I discovered Galway, I didn’t even feel a need to second guess my situation. This place just felt right to me, and I couldn’t be happier with how my experience turned out. If I was given the opportunity to do it all over, and to start my experience abroad from scratch again, I would still choose Galway, especially knowing what I do now.

By choosing to live on the west coast, you are exposed to surrounding areas like Connemara, the Cliffs of Moher, Dingle (County Kerry) and most importantly, the community and city of Galway itself. But maybe you want to look more into other areas, like Dublin, Cork or Limerick, which are all valid options in their own right (and which you can visit from Galway!). You are still bound to feel the beauty and magic of Ireland, no matter which exact area you end up living in. Also, since the country is so small, you will be able to explore many areas of it. With all this being said, enjoy the ride, flights and spontaneous trips into town with your future friends. I know that I did as a resident of the wondrous and whimsical coast of Ireland’s Wild Atlantic Way. Most importantly, enjoy yourself and just know that no matter which country you choose, this time abroad is yours to own.