Blown Away by Budapest 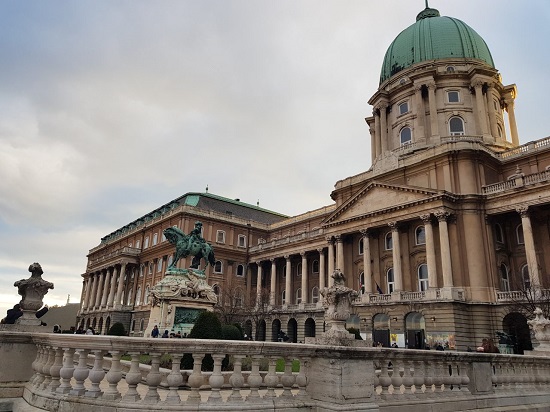 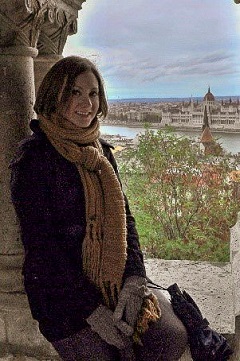 I know a city has found a place in my heart when I think to myself as the plane takes off, “I can’t wait to come back someday!” This is exactly what happened as I left Budapest, Hungary.

I didn’t know what to expect when my friends and I booked our trip to Budapest. I was aware of the troubled history in the region, and I had heard of a soup called goulash, but apart from that, nothing. So I was completely unprepared for the vibrancy and depth of this sometimes overlooked European city. From the beauty of the Danube River and the historic buildings that overlook it, to the dynamic pulse of the ruin bars at night, Budapest has something for everyone.

If you’re the type who likes to eat her way around the world (as I am), you won’t be disappointed by Budapest. There are myriad dishes to enjoy, and they all have one thing in common: paprika! I quickly learned that this spice is incredibly popular in Hungary, and they put it all their dishes, even in some desserts! 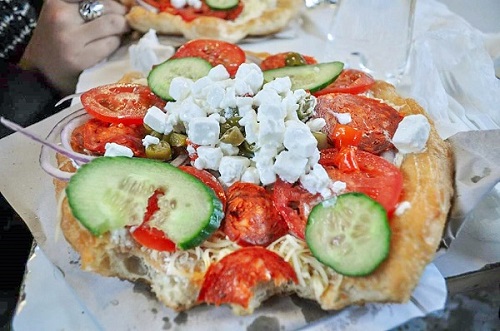 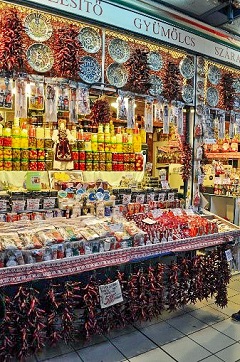 Of all the dishes I tried, my favorites were the rich, hearty goulash, and the pizza-esque street food called Langos. Goulash, a warm, comforting soup made with beef or pork, is one of Hungary’s most popular national dishes. Seasoned with paprika (of course), it will delight your taste buds, and leave you feeling full and satisfied. Langos is fried bread made with potatoes and flour, and street vendors sell it with a variety of toppings, such as tomato sauce, vegetables, and meats. The result is a scrumptious snack, perfect for late nights after visiting my next favorite thing about Budapest: the ruin bars!

Ruin Bars are All the Rage

Located in the old Jewish quarter, which fell into disrepair after World War II, these bars look like houses on the outside, but inside they are the coolest, most eclectic places to go out in the city.

Filled with mismatched furniture and original art covering the walls and ceilings, they have the feeling of a group of friends deciding it would be fun to open a bar, grabbing whatever décor they could get their hands on, and then adding their favorite music and beer. They turn “run-down” into an exciting, contemporary style. The energy inside makes for an unforgettable night out with old friends, and a great place to make new ones! 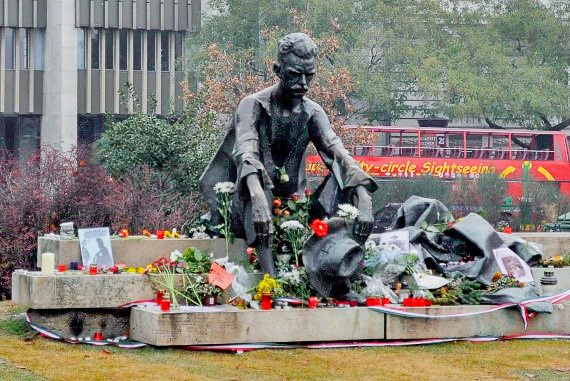 The final thing that stands out in my memory of Budapest is walking down its cobblestone streets and stumbling upon history around every corner. Budapest has passed through its share of troubling times, especially in the second half of the 20th century when the Germans occupied the city during World War II, but what you find most often are reminders of the inspiring parts of Budapest’s history. Buda Castle, Fisherman’s Bastion, and Great Market Hall are all stunning examples of Budapest’s rich cultural past, and are well worth visiting. My personal favorite, though not as grand, was the statue commemorating the Hungarian poet Attila József. The most famous of Hungary’s poets, József is known for exploring the complexity of life in a modern age. His statue is sitting by the Danube River, hat in hand. When I was there, flowers and candles surrounded him to commemorate his death on December 3, 1937. The statue reminds us of the inspiration we can all draw from our heritage, and the importance of celebrating the past even as we look forward to the future.

I don’t know when, but I know that my future holds a return trip to Budapest. Another chance to wander its charming streets, take in breathtaking views of the Danube, and dance in ruin bars, thinking of a late-night Langos snack to follow. I urge you to explore Budapest’s streets, eat its delicious food, and experience its energy for yourself!