The Beauty of Human Nature: Making Friends in Ireland 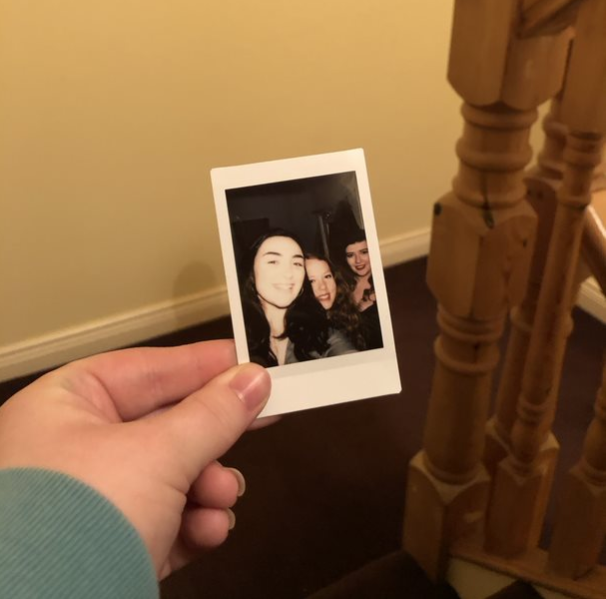 Just last night, I started to watch the hit Netflix series “Queer Eye,” and neither you nor I have any idea as to why I waited so long to watch it. Basically, the show revolves around five fab men who execute complete makeovers to help people become more fab versions of themselves. I guess that part of me was also hoping that their superhuman powers would somehow cure me from my catch of the common cold. Anyway, what matters most now is that I have seen this incredible show, and from it I have taken away several important factors; however, what I thought about all day today is a subtly striking message from an episode’s ending reflective scene: that we are all the same as humans, in that we all seek love and connection, no matter our differences.

Moving to Ireland, I was worried about making friends, because I realized that there would be at least some cultural barriers. I was also concerned that the students here would already have some pre-conceptualization of Americans, and not want anything to do with us. I am happy to say that this was not the case: in fact, some of the best people who I have befriended here are Irish. I also no longer feel a noticeable divide between our nationalities, and our different accents all form into this harmonious unison when we laugh together. I now realize even more how alike humans really are. Even though we have these differences that make us unique, we all desire to establish meaningful friendships and moments in our lives, which is exactly what I have found in Galway.

My CEA housing placement turned out to be one of the best things to happen to me. I don’t just mean how I am only a 20-minute walk from town and school, and also close to inexpensive retail stores, but the fact that all my housemates have truly helped me to feel at home. Also, as a brief side note, I find it funny how my roommate, Sabrina, lives only an hour from me in New York, yet we both first met in Ireland, and have since formed connections with each other and our Irish housemates. I must give a shout-out to her, as well as Lauren, Devon and Megan, who have been so kind and welcoming to me. I really don't know how I will feel when I have to leave these people and this building that has become my home behind.

My housemates and I have inside jokes, and we lovingly do impressions of one another. Lauren does the best impression of me, as she makes note to overuse phrases like “oh my gosh,” “you guys” and “oh, really?” While they all try do get me to do an Irish accent, I still cannot do one, even after two full months of living here, and I don’t know if that will ever change. However, they have collectively educated both Sabrina and me on the different accents in Ireland, depending on which county one is from, and how to say certain words -- like hello (dia duit) and goodbye (slán) in Irish. I have also learned that it is considered absolutely bonkers not to add milk to tea or hot chocolate, and that sheep really do sometimes roam around in people’s backyards. "Top of the morning to you!” is definitely not a common saying here, if one at all, and there still exists some political tension from when the Republic of Ireland came to be. (I once made the mistake of placing the capital of England in front of the county “Derry” from Northern Ireland. This is something that I do not advise doing.) Most of all, I've learned that the people who you first befriend do not need to remain your lifelong friends. You should surround yourself with others who make you happy, and who bring out the best in you.


When Sabrina and I first moved in, it was just the two of us for about a week, until our Irish housemates returned from their holiday. We had no idea what to expect, but now I wouldn’t have it any other way. Yet I could tell that while all CEA students were excited, everyone also seemed at least slightly nervous to adapt to this new country. I remember when I first met all the other students in this group, which truthfully feels like yesterday, and now it feels weird to think about life before touching down in Ireland. I still remember our trip to Penneys to find a duvet cover for nine euros, and how stressed I was to have to choose between a tropical pattern and a dark floral one, after roughly a solid 30 minutes of agony. I remember when I first started to form connections with other humans––from Ireland, America and elsewhere––and how it now feels like I first met them in a previous lifetime.


I have realized that once I become accustomed to new locations, I tend to almost forget that other places exist at times. I still keep up-to-date on important news, but it seems to me that, as humans, we have a tendency to get lost in our current states of being. I currently live in Ireland, but it has stopped feeling like I am across the ocean from where I lived my first two decades of life, and that I am just in a new home and where I am currently meant to be in this life.

I wrote in my application to study here that I want to find another home to return back to someday, and I can wholeheartedly say that I have found this in Galway. I don't know how I will leave here come May, but I do know that these friendships and memories will remain within me. My greatest advice to future international students is to be yourself, but also to be open to your new surroundings. Do not stress too much about fitting in, because you will find your people, while you find yourself. Also, as the phrase goes, with the so-called “luck of the Irish,” some of the best humans that you meet may just end up being those who share a space––and not just memories––with you.