The Importance of Being Black and Going Abroad 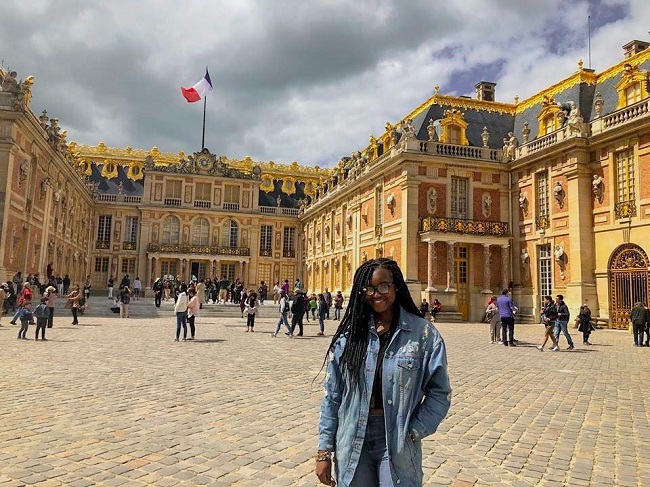 Since 1976, February has been celebrated as Black History Month, during which many different prominent African American figures are recognized and celebrated for their contributions.

In honor of Black History Month, I want to share some of my experiences of being an African American abroad while also emphasizing why it is important for people of color to go abroad.

When looking back at history, we are reminded of how Africans were dispersed all around the world through the slave trade, which had lasting effects on the overall geographical placement of and opportunities for African Americans. Because of this, the experience for people of color to travel abroad can be unbelievably rewarding.

Last week, I attended a seminar at my school that hosted the creators of Black & Abroad, which is a brand started by two male entrepreneurs, Eric Martin and Kent Johnson. They got the inspiration to begin the brand from their own experience traveling and noticing that most flyers and advertisements directed toward travel did not include any African Americans. Through their research, they found that African Americans spend about $63 billion in travel per year and were shocked that they rarely saw representation. 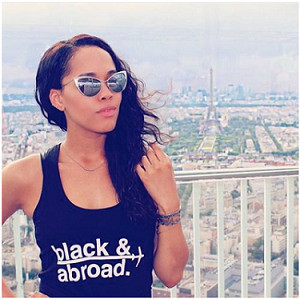 In an effort to change this, Eric and Kent created Black & Abroad. It's a growing business that not only encourages people of color to go abroad and share their experiences, but also sponsors trips. Their T-shirts are worn by people of color all around the world, and the company gained a lot of popularity by people taking pictures abroad and adding the hashtag “#BlackandAbroad.”

Eric and Kent were speaking from a business perspective. However, I was able to gather the true meaning behind the overall message and movement; as people of color, our history instills a duty in us to educate ourselves of the world.

My experience abroad was a special one. I was the only African American in my program, and this was not a situation I was anticipating but one I grew to embrace. It was nice being able to connect with the people of color in all five countries I had the chance to visit while I was overseas.

While studying in Paris, I was shocked to see that in certain arrondissements, (the French word for what could translate to "districts") the African population was much more dominant. In these parts of the city, you would find quite a few products unique to African culture. This could range from specific hair products, to foods, restaurants, clothes, and more.

There's no question that Africans and people of color, are major contributors to the culture of any community. From music, fashion, and hairstyles -- our contribution can be seen as universal. Think about how popular Reggae and African music is worldwide!

Here are some quick international facts about Black History that many people don’t know:

Did you know Haiti was the world’s first black Republic to gain their independence?

Haiti gained their independence on January 1, 1804, making them the first black Republic and Caribbean island to be independent. The movement that set the tone for the revolution was led by a Jamaican who was a free man.

Did you know an African slave was the first person to introduce inoculation (another word for vaccination) in the United States?

A slave named Onesimus introduced the idea of vaccination to his slave master while talking about old African traditions.  When a small epidemic of smallpox broke out in Boston, the master shared the tradition with a doctor named Zabdiel Boylston. The doctor adopted the tradition and was condemned by the public to the point where his life was in danger. However, he was able to save many lives. This practice was later used for slaves during the Revolutionary War. This introduced the concept of inoculation/vaccination in the United States. Onesimus is thought to be from Sudan or Ghana.

Onesimus was given to his slave master, Puritan church minister Cotton Mather, as a gift. 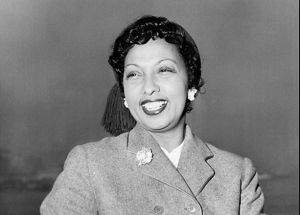 Did you know singer Josephine Baker was a spy for the French during World War II?

Baker would smuggle military information to the French by pinning them inside her dress and hiding them in her music sheets!

The House of Slaves Museum

The House of Slaves is a museum located in Gorée Island in Senegal. One of the main features of the museum is the Door of No Return, which is said to be the final exit for slaves before being shipped to the Americas by boat. The walls tell the heartbreaking story of this process, as they display nail scratches when people would attempt to fight their way off the boat.

As Black History Month comes to an end, I want to urge people of color to learn more about black pioneers and revolutionaries from countries other than the United States. You will be shocked to find that everywhere in the world, people of color always pushed through to create a difference.

Zenab Bakayoko is a CEA alumna who studied abroad in Paris, France, during the Spring 2018 semester. She is a graduate of Towson University.