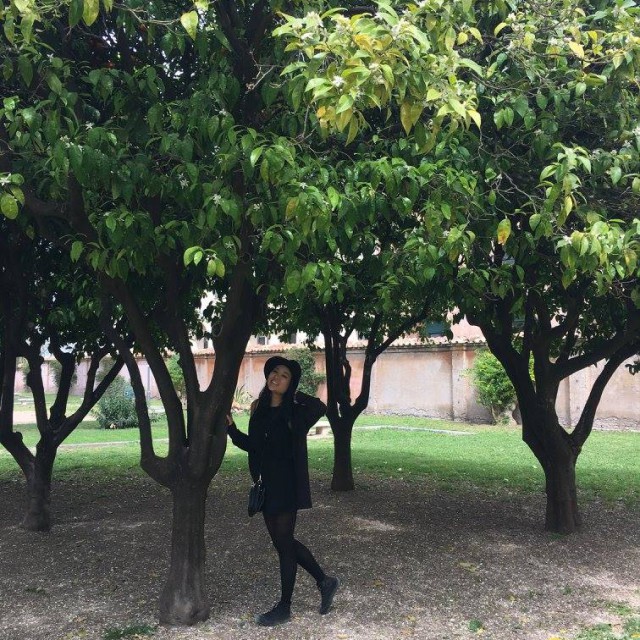 One of the most common things that students say when they come back from studying abroad is, “ I changed so much!”. Too often this can be seen negatively because while you feel like you have changed, it seems like everything back home stayed exactly the same. That can be a little disconcerting when you were used to running around the streets of Paris at 2 o/cock in the morning then come back and instead are sitting in a library room until 2 o’clock in the morning. This can often times make it seem like a bad thing that you changed, but I have learned that the best part of my study abroad experience, was the new perspectives that I brought back.

I learned a lot while I was abroad, not only did I gain a better sense of direction and navigation skills (which were non-existent before), I gained a new outlook on life on and on my future. Before I left to study abroad I had a plan. I knew what I wanted to do and I had a very structured very busy plan that included a triple major and so much work that I would never sleep. While I was away I realized that it was the first time I had taken a break since before I was in high school. I was still studying, but for once I didn’t also have work, and an internship and the 9876543 other things to do. I realized that just sitting and being able to look around you for even two seconds is needed, or you will become overworked and tired much too fast. I realized that while my career goals and aspirations were important, taking care of myself was important too. If I had stayed in the states for the four full years of my undergrad I would have burnt myself out, realizing that I need time to myself is something that I will always remember to do now.


Not only did I change the way that I look at my academics, it also changed the way that I look at other people. I had the amazing opportunity to travel a lot while I was abroad, I had visited over seven countries in less than a year and I loved every single one of them. Because I was traveling by myself, I became pretty accustomed to making new friends fast, and often. Overtime I met someone new I was amazed at how similar everyone was. Even though everyone in a hostel room could be from a different country, and and we all spoke different languages, there was always something that we all had in common. I learned that no matter how different we may all seem on the surface level, we are actually all very similar. Even people on the other side of the world listen to the same music as you, or have the same favorite food, or maybe even study the same thing as you. In the end we are all just people, no matter where we are from.

I learned a lot while I was abroad, and I was able to take these things back home with me. I have a very different outlook on life and how I should live it than I had before. I wish that I knew how much I would fall in love with traveling before I left, because now that I am back and know how much you can learn just from being in other places, I want to leave again as soon as possible!

Celene H. is a CEA Alumni Ambassador. She is a student at Seattle Pacific University, where she is studying Global Development and Political Science with an emphasis in International Relations. She studied abroad with CEA in Rome, Italy, Prague, Czech Republic & Paris, France in the Spring of 2016.