My Road Led to Rome 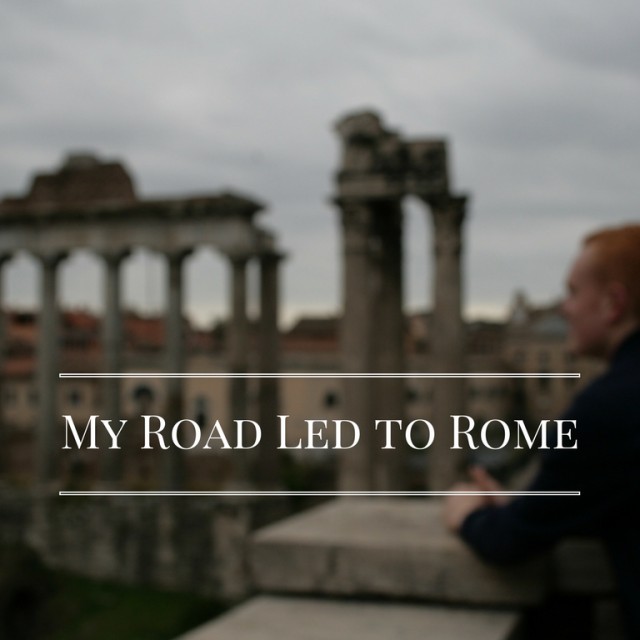 Sometimes marvelous things happen without any planning. Like when you expect a C and get an A or, when you walk into the Vatican and the Pope walks in a few minutes later. The latter happened to me a few weekends ago.

My study abroad in Rome university is better than yours. The SKEMA university international student club sponsored a Rome weekend trip making it easy for students to experience the Eternal City with prearranged bus transportation, hostel rooms and events. As soon as the news of a Rome trip reached my ears I was sold, Rome was the number one city I wanted to see while in Europe.

The trip started late Thursday night as our group slept, or tried to sleep, on the bus to Rome. On that specific night, our road really did lead to Rome and we arrived the next morning.

First stop, the Coliseum. Ever since ancient history class, I have had a fascination with the Roman Empire. To walk on the ground where gladiators fought to the death, Roman Emperors proudly stood and normal citizens jeered at the “action movie” of the day, was surreal.

Next stop, the Vatican. Me and several friends shuffled into the Basilica Saint Peter to take in the sites inside. A few minutes after entering the ornate basilica however, there was a stir in the crowd. Everyone, phone cameras ready, squeezed towards the center aisle as if someone famous was going to walk by. “That would be cool if it’s the Pope,” I thought. A few minutes later, a solemn procession began with men in elegant gowns. Everyone was still gazing around as if something else was about to happen. Then he appeared, the Pope himself. I stood in bewilderment as the Pope paraded a mere three yards from me.

Seeing the Pope was incredible but there was much more of the city to see. Following those two events I saw the rest of the city, stopping for Gelato, pizza and pasta on the way of course. Sites like the Trevi Fountain, the Pantheon and the Forum added to the experience and cemented Rome as one of my favorite places I have visited. In Rome, every corner has a magnificent building, fountain, statue or Roman ruin.

Despite thoroughly touring the city, I was not ready to leave. There is so much to see in Rome! While driving back to the French Riviera we made a brief stop in Pisa to see a famous leaning tower, I devoured authentic Italian Pizza nearby, then the trip was over. It is surreal to look back now and think that I was in Rome just a few weeks ago and I saw the Pope. However, this is probably how, someday, my whole study abroad experience will be, a brief, but incredible dream that was real.