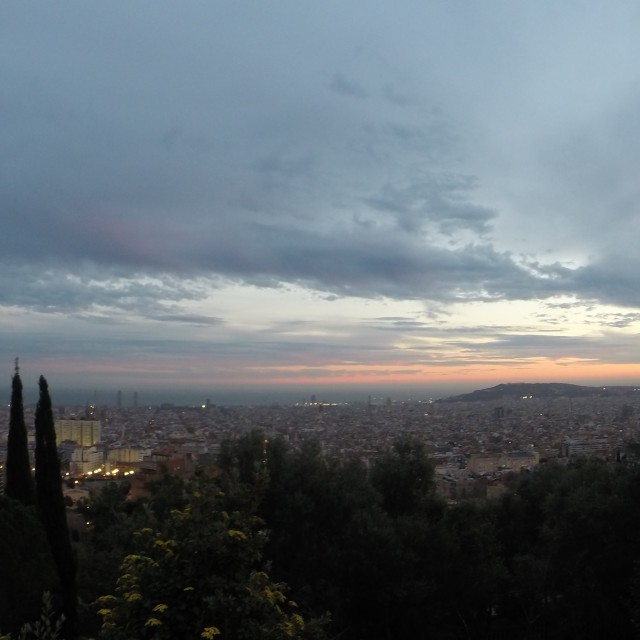 The last three months have entailed very cool experiences with my host city (Barcelona) and the people in it. The people in Barcelona are no different from people back in the states but there is something gratifying about making connections with individuals in another country. Personally, I'm a huge creature of habit. After being in Barcelona for a little while I've got in a groove, and my day to day schedule is very similar. That's how I've ended up meeting the local people I know here.

Everyday I go the gym up the street from my house (DIR), I get there about the same time as my boy Roberto. Who is this jacked dude, probably in his 40's, we say hi to each other real quick, shake his hand and go about our workouts, and spot each other's lifts every once in a while. A simple connection mostly since my Spanish is so bad we can't really converse, but it's still pretty cool to know somebody at place I spend time at everyday. Another connection I made through being this creature of habit is I made friends with the owner of a "Supermarkat" (what they call convenience stores in Spain). Wu knows me pretty well, he's always stoked to see me when I walk in, probably because he makes so much money off me. Either way he shakes my hand when I walk in and asks me how I'm doing and talk to me for a bit since he speaks decent English. Him and his son are pretty cool guys and their market is right across the street from my apartment so I am always stoping in.


Another thing that has allowed me to make connections with local people was the CEA AICAP activity I attended which was almost set up like speed dating where you talked to somebody for 30 min  and then moved to the next person, talking to each of them, 15 min in Spanish and 15 in in English. The First Lady I paired up with was probably in her 60's, she was super nice but we didn't connect super well probably  because of the obvious age difference. However the next girl I got was 24 and she was super cool, we talked about cultural difference in our countries and thing that are normal and not normal. For example the idea of prom really confused her, she saw it in movies but everyone getting all dressed up going to dinner and making a big deal out of this dance was very odd to her. However for us it's super normal. This was a really cool experience for me allowing me to see discuss first hand cultural differences of the States and Spain, I would definitely recommend signing up for this activity if you are interested in joining the CEA program.


Over the last three months I'm happy with the simple connections I've made with people, even if I never hear from them again. It was cool to make these connections with local people, I think it allows me to feel more at home and a little bit more comfortable in a city where I am a complete foreigner.