Trip to Island of Tabarca

The well-known like Island of Tabarca is in fact an archipelago little conformed by four islets and rocks. It is located in front of the Cape of Santa Pola, to three nautical miles of the closest peninsular coast and more than ten of the city of Alicante, city to which it belongs administratively from the end of century XVIII.

In fact his name is ‘Nueva Tabarca’ and is given by other island called ‘Tabarka’ where 300 Genoese people came from in 1770. That 'Tabarka' island located in front of the Tunisian coast. 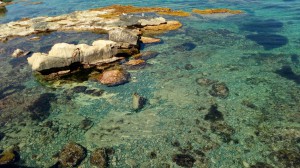 When we arrived to Tabarca, we landed at the small port there and entered to the Tabarca Museum. Then a few meters was the small village that is protected with a wall constructed by the King Carlos III in XVIII century. 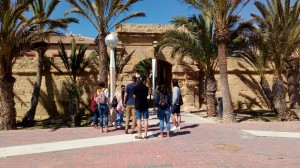 To access inside there are 3 gates called San Rafael (which is the main gate), San Miguel (faced to the sea) and San Gabriel (who give access to an islet called ‘La Cantera’). 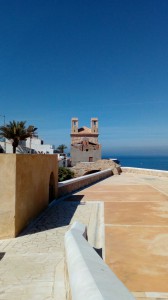 Our walk took us to those gates, passing by San Juan and San Pablo Church, blessed in 1775 and located next to the sea and arrived to ‘La Cantera’ where had more seagulls than people. At whole Tabarca we could enjoy the crystalline water because of unspoiled. 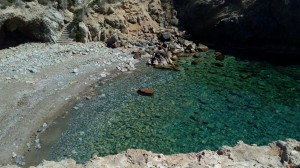 Back to the village, we walked by the east coast next to big rocks and a pretty little beach, nice place to snorkeling. Then we passed by Governor’s House, used as a little hostel nowadays.

Once the village visit was done, we had a break and had lunch at local restaurant. The lunch table had excellent located, in front of a small beach and had viewings to open sea. From that sea came from the seafood which accompanied our Paella. 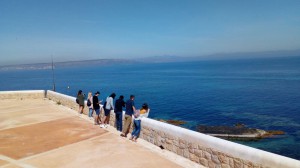 After lunch we explored the uninhabited part of Tabarca, where is placed the San Jose Tower and at the end of that part of Tabarca we found the Lighthouse, which especially helps ships don't crash due to low depth in Tabarca surroundings.

At the end of the day, we met at the port where ship was waiting us to come back to Alicante and said goodbye to Tabarca.