How Studying Abroad Changed My Life 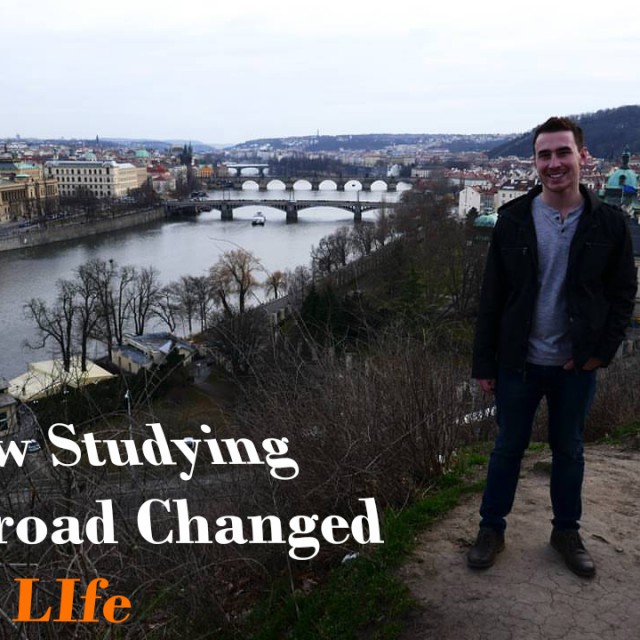 Most people can think of a particular event in their life that has impacted them significantly. For me, that event was my decision to get on a plane and go study abroad in Prague, Czech Republic. I had never been in Europe before, I didn’t even know anyone in my program, I went alone, it was truly an adventure. It was exciting, and at the time I did not know just how much studying abroad would direct me in my life.

I usually explain studying abroad as a rollercoaster, an emotional rollercoaster that is. There are plenty of ups and downs throughout the experience; such as dealing with culture shock, homesickness, loneliness, or even being stressed out using google translate for everything in the grocery store. Everything came in stages for me, the first week is well known as the honeymoon phase. Its where everyone is in vacation mode and you are just overwhelmed with all the new and exciting things to experience. However, maybe a week later homesickness and loneliness seem to creep in and steal the show. I experienced a lot of homesickness while I was abroad, I was alone, had a long-distance girlfriend at the time, and can confess that I came home many days from school and thought “why am I here?” I’m not writing about this to scare anyone about what comes with studying abroad, but rather to promote the growing opportunity that study abroad offers.

I knew these feelings were not going to go away on their own, and so I decided to go out and get myself involved in the city around me. Now at this point, I can say this is where I grew the most, by overcoming my loneliness, by forcing myself to take the initiative and get involved. I got a gym membership, found an international church to attend, started going to a home group on Thursdays, and began to make new friends. Additionally, I reached out to the friends I had throughout Europe and made plans to visit them. I ended up visiting my Danish friend and his family in Copenhagen for my fall break, going to see my Dutch friends in Rotterdam, and seeing my friend’s sister in Vienna. I began to be too busy to even have time to think about being homesick, and I learned how important it is to get yourself involved.

I became incredibly independent through my experiences of dealing with things like homesickness, traveling throughout Europe, and making many new connections. When I came back to the states I felt as if I had “grown up” and felt more confident than ever. My advice to students who are thinking about studying abroad, or even current study abroad students, is to get yourself involved.

After coming home to the States, many doors and opportunities were opened for me. I had a new interest for anything international, and because of my experiences I got a job at my university as a Study Abroad Advisor. Additionally, I became an Alumni Ambassador for CEA and began promoting study abroad on my university’s campus. Both jobs gave me many new experiences; for instance, as an advisor, I was able to enhance my public speaking skills, and I created and managed social media networks for Liberty University. As a CEA ambassador, I learned new promotional skills, and accomplished things I never would have imagined of doing, such as speaking in front of over 600 students. The biggest and most current door that has been opened for me, was the opportunity to come back to Prague for an internship as a CEA On-Site Ambassador.

The overall point or idea that I hope I got across is that studying abroad is a huge growing opportunity, and can influence you for a lifetime. So, if you are looking for a new adventure, opportunity to grow as an individual, or your next step in figuring out your life, I would highly recommend you to go study abroad! You will make so many new memories and friends that you will cherish for a life time!

Ethan S is the Spring 2017 CEA On-Site Ambassador in Prague, Czech Republic. He is currently a student at Liberty University and studying business communications.