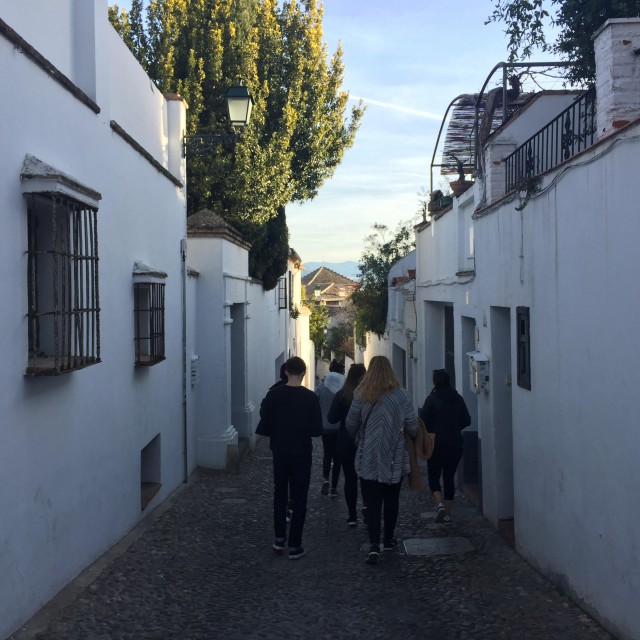 Home is not just a place, but its a feeling, and calling a place home is not always easy. When it comes to Granada, I don't think it has truly come much easier. Although I have fallen madly in love with my home in Granada, I constantly have the urge to travel. I am always catching myself mindlessly looking up planes, trains, and buses to new places I can discover. It's the travel bug, or the mysterious wanderlust gene that many of us find ourselves acquiring once we travel for the first time. It's a feeling that many people get the moment they fall in love with travel. So although I am in love with Granada and everything that this beautiful city of Spain has introduced to me, I am more than thrilled to take advantage of each travel opportunity in other parts of Spain and countries in Europe.

That being said, there are many perks to being a CEA student. Within the program in Granada, students have the opportunity to experience several excursions that are included in the program. So far in Granada, we have had the opportunity to see and do many things. For instance, we took a guided tour to the most visited site in all of Spain, the Alhambra, and a walking tour of both the Arabic neighborhood, the Albayzín, and the Gypsy neighborhood, the Sacromonte.

There are also several excursions outside of Granada that CEA has to offer. Up to now, we have been able to see Córdoba, Seville, and Ronda. In Córdoba, we saw the many parts of the quaint town, but most importantly we saw the breathtaking Mezquita, which is a structure that is of both Catholic and Islamic religion. When in Seville, we were able to see many touristic sights, such as the Plaza de España and Real Alcázar de Seville. Although Córdoba and Seville were absolutely wonderful, I was most amazed by the unique town of Ronda, especially its history and architecture. It was unbelievable and nothing like I have seen before.

After being here for nearly 6 weeks now, I have had the opportunity to see and do so many things that I could never imagine doing in the States. Every day I find myself smiling as I'm walking down the street just because I am glad to call Granada home. As I appreciate the daily sights I see walking to class, the lively culture that surrounds me, and the beautiful sound of the Spanish language, I cannot fathom what life would be like if I did not choose to live abroad for the semester and experience this new way of life. Every new place that I have visited so far has amazed me, but even after a great time spent elsewhere, I always have the feeling of relief once I arrive back home in Granada.