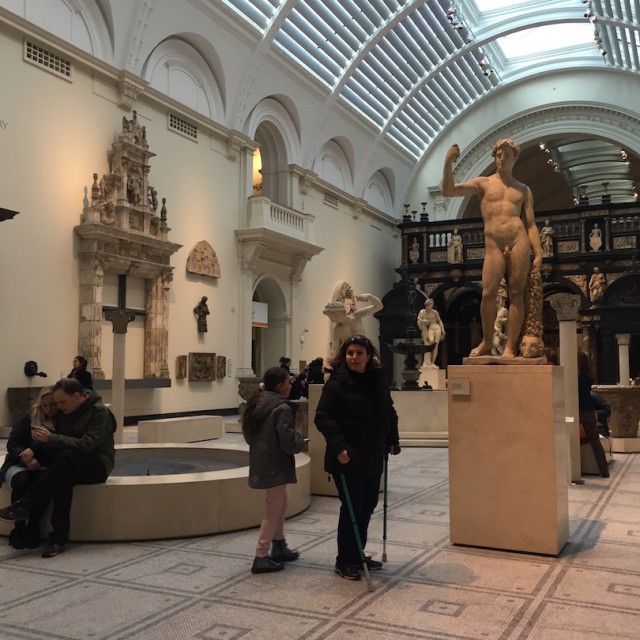 I’ve only been studying abroad in London for a short time, but I’ve managed to squeeze in quite a bit of time at some of London’s amazing and FREE museums. Transporting you around the world and across time, the exhibits in London’s museums are absolutely unreal. Although I was experiencing some pretty serious jet lag when viewing artifacts, I was in awe of nearly every single display.

This is not the first place people think of when it comes to London’s museum scene, but the British Library houses some of the most incredible artifacts I’ve ever seen. I came across the library when I was looking for shelter from a typical London down pour and I am so glad I did! Sadly, you aren’t allowed to take pictures inside, but you can see handwritten music by Beethoven and Mozart, notes and song ideas from the Beatles, notebooks and letters from Jane Austen, Oscar Wilde, and Alexander Fleming. The library also has one of the three surviving copies of the Magna Carta. I maybe nerding out here, but the fact you can literally see the ink Leonardo DaVinci and Michelangelo applied to paper in actually insane. All of these people I’ve grown up reading about and listening to are not these distant, fictional characters anymore, but very real, brilliant people like you and I.

Literally running on fumes, I popped into the British Museum with no idea what to expect, moments later I found myself face to face with The Rosetta Stone. You could easily spend an entire day getting lost in the British Museum, but some of my favorites included the aforementioned Rosetta Stone, ruins from The Parthenon in Greece, mummies and bodies from Egypt, and Hoa Hakananai'a (the huge stone guy) from Easter Island.

As a big fan of Modern Art, I was beyond thrilled to finally go to the world renowned Tate Modern. I was not disappointed. The entire place is an architectural wonder and the art inside is simply magnificent. Hang out with the works of Andy Warhol, Picasso, Salvador Dali, Claude Monet, etc. for a killer afternoon. Also, the top floor has an amazing view is a great place to go chill out for like EVER.

This place is absolutely insane. You can find everything and anything at this museum. Exhibitions from “A Brief History of Underwear” to Ancient Religious Artifacts, the V&A Museum is buzzing. One of the greatest things about studying abroad in a city with fantastic museums is that many classes will utilize their rich educational and entertainment factors. This past week, my class had a trip to the V&A and we got to interview people that we caught taking selfies with the exhibits. It was definitely a different assignment than I’m used to, but it sure beats sitting in a classroom for several hours.

Unfortunately, I haven’t made it to these ones yet, but they’re on my list! I’ve heard from many locals that the Galleries are their favorite museums in London.


Caitlyn Bilow is the Spring 2017 CEA MOJO Blogger in London, England in London, England, and is currently studying at DePaul University.
Leave a comment
Newest on top Oldest on top
Load more comments
Thank you for the comment! Your comment must be approved first