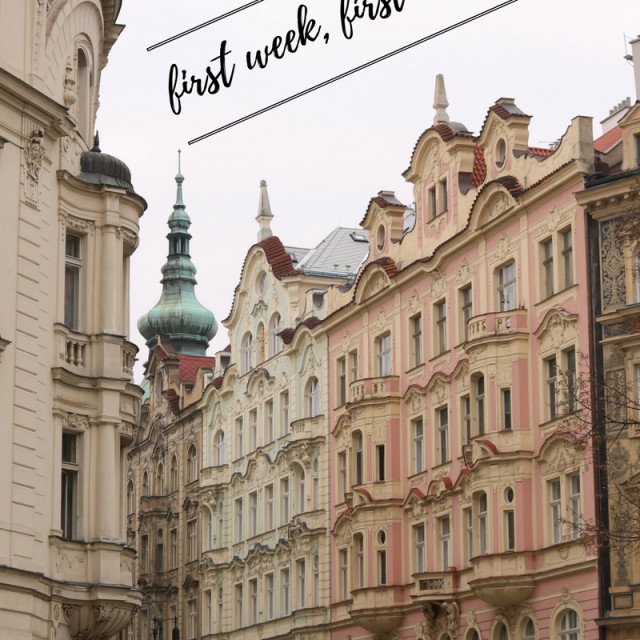 I landed in Prague about two weeks ago and I am already loving this incredible international experience! My first week brought new faces and new places as I quickly got accustomed to the everyday life of a university student living in Prague. Here are a few of my first impressions!

Everything costs 100s, but don’t panic!

I went grocery shopping and my total was over 500Kč! I’m a college student I can’t afford to be spending that much each week. At first I panicked until I realized that 500 Czech Korunas is equivalent to about $20 USD. Living in the Czech Republic is actually very affordable and many things are much cheaper than they would be in the United States.


Taking Public Transport is as Easy as A-B-C

Prague’s metro has three lines (A, B, and C) that are easy to navigate and can get you almost anywhere in the city. The public transportation system in Prague includes the underground metro, the trams, and the buses. Taking the tram to school each day makes me feel like a local and I’m proud to say I haven’t gotten lost (yet). 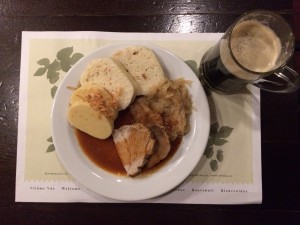 Beer is a huge part of Czech culture and surprisingly enough, it’s cheaper than water! We went out for a traditional Czech meal and the waiter brought us beer that we hadn’t even ordered. The Czech Republic is proud to be the top beer-drinking country in the world, drinking about 41 gallons per person. I can’t say that I love the taste but it’s one of the things makes the Czech Republic unique. So, na zdravi (cheers)!

The entire city is covered in bright orange rooftops and dotted with beautiful architecture. Prague is a beautiful mix of various architectural styles, dating back hundreds of years and packed with history. The green-tipped towers of cathedrals, castles, and grand halls poke through the colorful cityscape.


The Sun Will Come Out Tomorrow

Being from Southern California, I was worried about experiencing my first “real winter.” After my first week I realized that Prague winter weather is bearable and actually rather lovely as long as you prepare correctly. Getting dressed definitely takes more time and thought than it does in sunny Southern California, but after a few days I became used to the temperature. The past few days have still been rather chilly, but the clouds have cleared and the sun has come out. The Vltava River reflects the clear blue skies and it is breathtaking!