And so the Adventure Begins 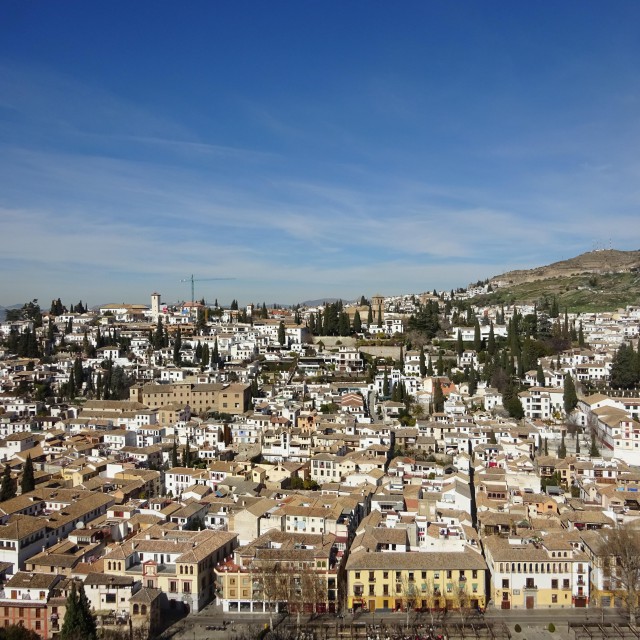 As I packed up my things, said goodbye to my friends and family, and stepped foot on the plane, my own life's reality was finally coming true. For as long as I can remember, I have talked about studying abroad and seeing the world, but I never thought the day would come. Once I woke up and the day was finally here, I couldn't believe what I was doing. I knew I was going to be away from home for nearly 5 months, but the day still felt like any other day. My travel jitters were at an all time low which made me realize how much I knew that this change was meant for me.

After nearly 20 hours of plane rides and layovers without any sleep, I finally arrived in Granada, Spain. Soon after, I was introduced to my host mom for the first time, and she greeted my roommate and I with open arms, kissed us on each cheek, and showed utter excitement for us to be living with her for the semester. Although I was more than thrilled to be living with such a kind and welcoming person, the moment that I learned she did not speak a word of English is when I began feeling overwhelmed. By choosing to live in a host family, I did not know what I was getting myself into. Not only that, but it has been a year since my last Spanish class, and I immediately felt the past year of not practicing Spanish come back to haunt me.

After living in Spain for almost two weeks now, life still doesn't feel real. Sure, things are different here; the food, the pace of life, the language; at the same time, the differences are what I have learned from the most. You realize the little things that you may forget to appreciate like the convenience of having a car, the fresh salads that are easy to find in the States, or the ability to talk to your friends and family without a horrible WiFi connection. Regardless of these differences that may sometimes be challenging to get accustomed to, its what makes this adventure exciting. Instead of questioning the culture differences, allowing them to become part of your life is the best way to fully embrace the Spanish culture. Like a friend has told me many times, when in España!