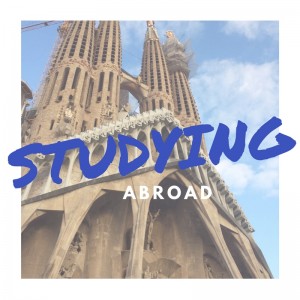 Of the many differences and difficulties one will experience while studying abroad, studying is definitely one of them. With a whole world of new opportunities and experiences, it can almost seem like a waste of your precious, limited time and energy to stay in and prepare for exams, presentations, and the like. However, the Spanish universities are just like any American universities in that they still expect top-notch work from their students who want good grades.

In fact, Spain is notoriously less generous with awarding high grades than the United States’ school system, and I have even had teachers claim that American schools “inflate students grades.” The Spanish system works on a grading scale of 1-10, with 5 being the passing grade (like a D by American standards) and 10 being perfection (the American A), that was the first thing to get used to.

ike always, class size depends on the university. At Universidad Nebrija, class sizes are small, and as a CEA international student, my colleagues are foreigners from all over the world, including Thailand, China, Korea, Mexico, the US, Italy, and Germany, which makes pre and post class conversations a lot of fun.

Europeans studying in Spain definitely have an advantage over Americans and Asians because their school systems are all relatively similar. In fact, after speaking with other Americans, I discovered that I am not alone in noticing that Spanish classes seem shockingly less structured than what we are used to, which unfortunately makes it a bit difficult to understand what the teacher expects from students in regards to assignments, projects, and tests. Rubrics and study guides or even comments on returned classwork do not exist in Spanish classrooms, so one had better hope that their attendance game is strong. That would be my biggest piece of advice- don’t skip class, because that’s the easiest way of earning points in a Spanish university.

Study abroad is going to be a wonderful experience because at this point, I think that I know more about Spain now than most of my Spanish friends. I’m learning about Spanish cinema, Spanish business techniques, Spanish history, Spanish art, and of course, the ins-and-outs of the Spanish language. As one of my majors is (shockingly) Spanish, I think I’ll be a great candidate for any starting job in the tourism, teaching or translating industry after this semester… and that’s just from the academic side of things. The experiences that studying abroad has given me will open so many doors in the future, and I’m so grateful for this opportunity for personal and professional growth.

Sarah U. is the Fall 2016 CEA MOJO in Madrid, Spain. She is currently a sophomore studying Spanish and Songwriting at Belmont University.


Sarah Underwood is the Fall 2016 CEA MOJO Blogger in Madrid, Spain, and is currently studying at Belmont University.
Leave a comment
Newest on top Oldest on top
Load more comments
Thank you for the comment! Your comment must be approved first