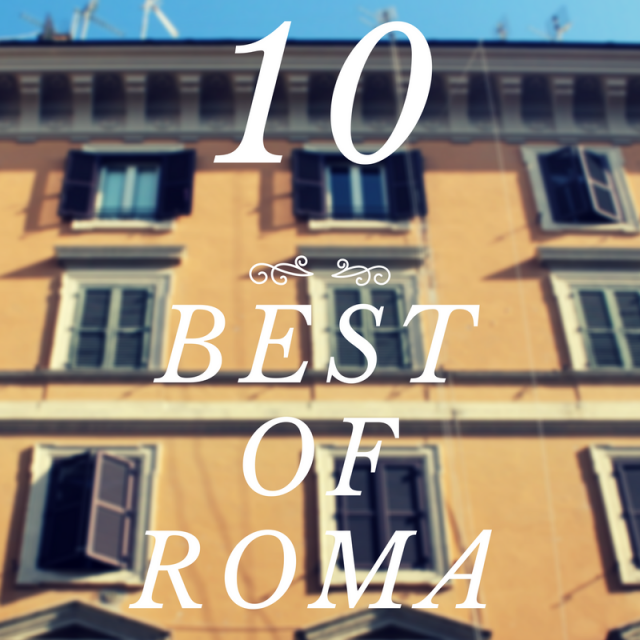 Rome, Italy is one of the oldest, most beloved cities in Europe. Its beautiful art, architecture, and culture continue to drive tourists and students to visit in droves and once there, visitors never run out of places to go or see. Here are ten lesser known facts about the Eternal City. Enjoy!

1. SPQR stands for "Senātus Populusque Rōmānus" or "The Roman Senate of People." While exploring Rome, you will see the acronym at various points around the city, including engravings on many public monuments and structures. SPQR stands as the municipal symbol of Rome.


2. According to an old legend, brothers Romulus and Remus were raised by a she-wolf. Once fully grown, Romulus defeated his brother and became the first ruler of the city, naming it "Rome." To honor this legend, engravings of the she-wolf are found throughout the city still today.

3. Vatican City is the world's smallest sovereign state, located entirely within the city limits of Rome.


4. The first shopping mall was built in Ancient Rome. More than one hundred inlets were stocked with various items to sell, the structure itself stood several stories tall. The ruins of this mall may still be seen in the city today.

5. The world "palace" was derived from Palatine Hill, one of the Seven Hills of Rome. The other six? Aventine Hill, Caelian Hill, Capitoline Hill, Esquiline Hill, Quirinal Hill, and Viminal Hill.


6. In addition to the many art and history museums located in Rome, there is also a museum entirely dedicated to pasta. This museum is eleven rooms and spans multiple floors.

7. Some of the best places to shop in Rome are the many flea markets that lie throughout the city. While some specialize in antiques, others focus solely on the sale of homegrown and homemade food. Located in all corners and times of year, these flea markets are hidden gems in the Eternal City.


8. The name "Colosseum" came from the word "colossus," referring to a gigantic statue of Emperor Nero that stood near the Colosseum at the time.

9. Meal time in Rome, and Italy as a whole, is to be respected. It is typically quite lengthy and consists of many courses. Many will state "Buon appetito" before a meal, meaning "good appetite!"


10. Beneath the hundreds of churches and crypts throughout the city, there are more than forty catacombs. Many of these ancient tunnels still house remains and may be toured. However, those who do venture into the catacombs are expected to conduct themselves respectfully around these memorials.

Olivia Del Viscio is an Admissions Counselor at CEA Study Abroad. She studied abroad in Rome, Italy in Spring of 2014 and studied English & Film and Media at Gustavus Adolphus College.
Read more about our CEA Content Creators.
Leave a comment
Newest on top Oldest on top
Load more comments
Thank you for the comment! Your comment must be approved first