Don’t Read This if You’re Afraid of Heights!

The stunning beauty of Ireland is no myth: The country has colorful cities and miles of green scenery. The history and culture of Ireland only adds to the stories surrounding the views.

One of my favorite things to do while basking in the beauty of Ireland is hiking coastal and cliff trails. The country is chalked full with them since it is surrounded by water, an advantage for those of use who can’t get enough. Walks can be long or short, packed with tourists or desolate, paved or natural. My personal favorite walks include paths that are hundreds of feet above water. Cliffs. The views are breathtaking and the crisp air will make you never want to leave.

Most sites are easily accessible either by public transportation or with tour groups and are easy to map online.

Here are my personal favorite cliff and coastal walks around Ireland: 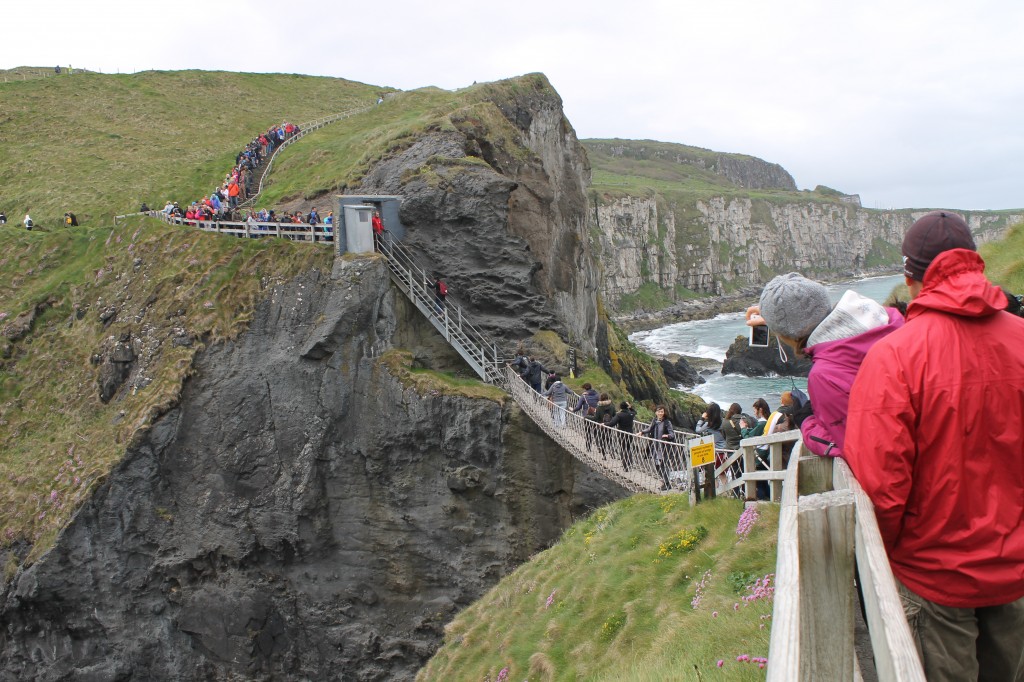 On one of our first weekends in Ireland, we took a tour bus up to Northern Ireland. Our first stop was the Carrick-a-Rede Rope Bridge. The bridge connects one of Northern Ireland’s stunning cliffs to a small isle. The bridge is suspended about 100 feet over the North Atlantic. The tour bus dropped us about a 15-minute walk away from the Bridge, so we walked along the cliffs to stand in line to cross over to the Isle. We were there on such a clear day that we could see Scotland! The area around the Bridge is stunning as well and could be walked for miles more along the coast.

2. The Ring of Kerry, County Kerry

There were so many beautiful parts to the Ring of Kerry, but of course, I was partial to the coasts. My roommates and I spent a weekend in Killarney and Cork with a day trip tour around the Ring of Kerry. We chose to take advantage of another bus tour to see the most of Kerry as it is huge!

3. The Cliffs of Moher, County Clare

The Cliffs of Moher in County Clare are as classic Ireland as it gets. The visitor’s center is in the middle of two long cliff stretches that go up and down the west coast of Ireland. On a clear day, which we were lucky to get, you can see them go for miles. For this trip we went as a part of our CEA weekend excursion to Galway. Our group stopped at the Cliffs and we spent hours walking around exploring the area and feeling our legs turn to jello! 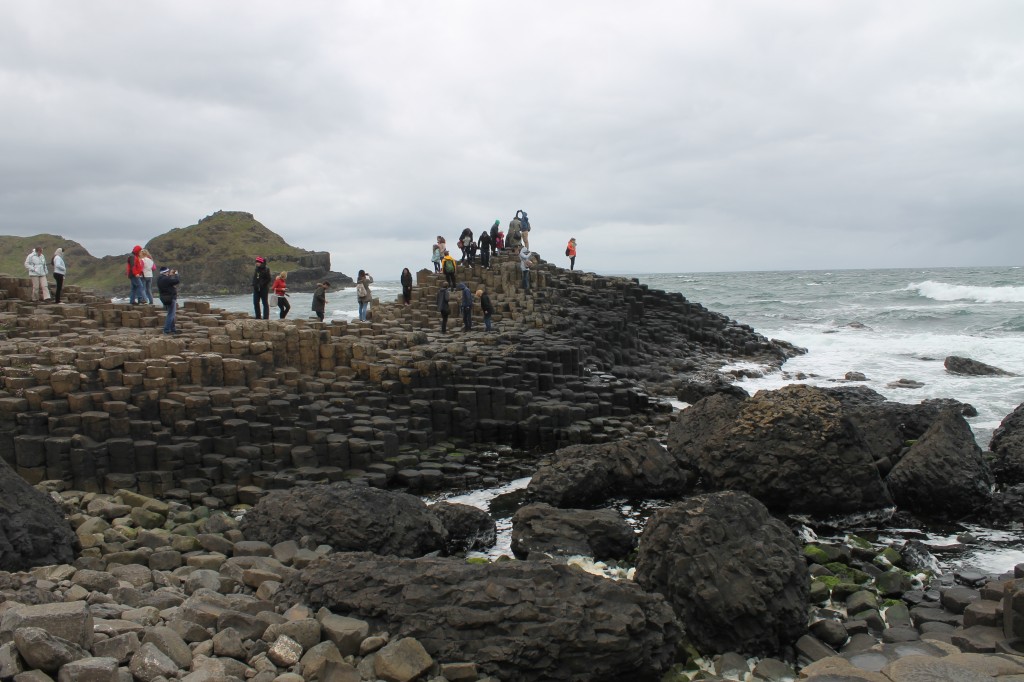 On our trip to Northern Ireland, we also stopped at Giant’s Causeway. The hexagonal coastal strip in all nature-made and again confirms the natural beauty that is Ireland. This was the stop that made our hair crusty with sea salt! Being one of the most northern points of Ireland, there are paths that trail long past the Causeway. 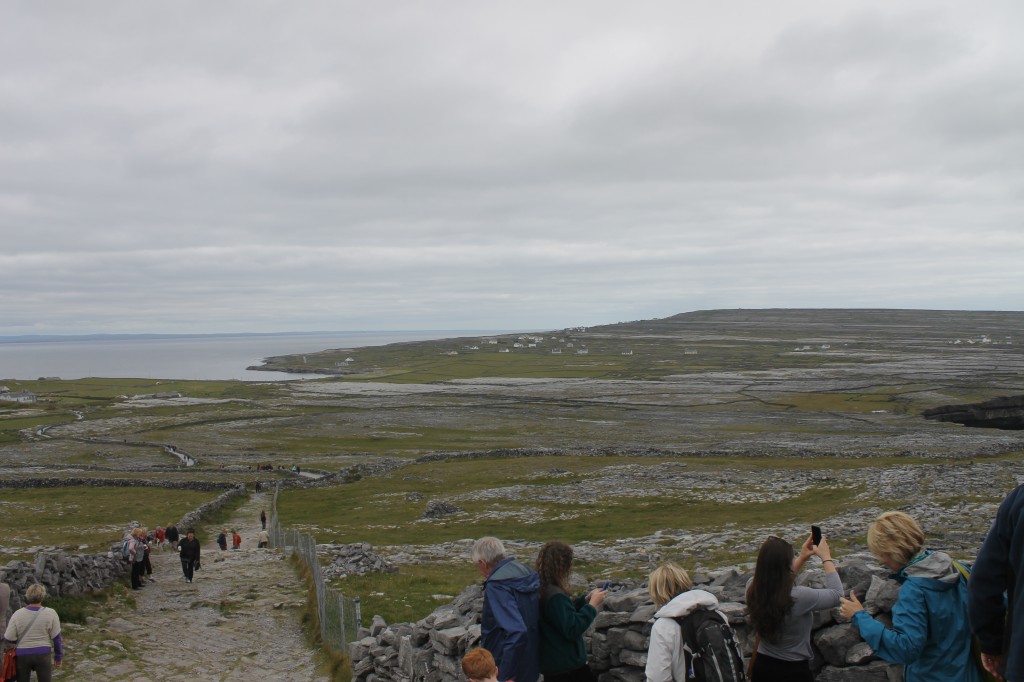 Located in the Galway Bay on the west coast of Ireland is the island of Inishmore, the largest of the Aran Islands.  The Aran Islands are one of the most untouched regions in Ireland, and the stunning scenery proves it. We spent time exploring Dún Aonghasa, a prehistoric stone fort perched on a cliff. This area was definitely one of the highest and most nerve-wracking we went to! 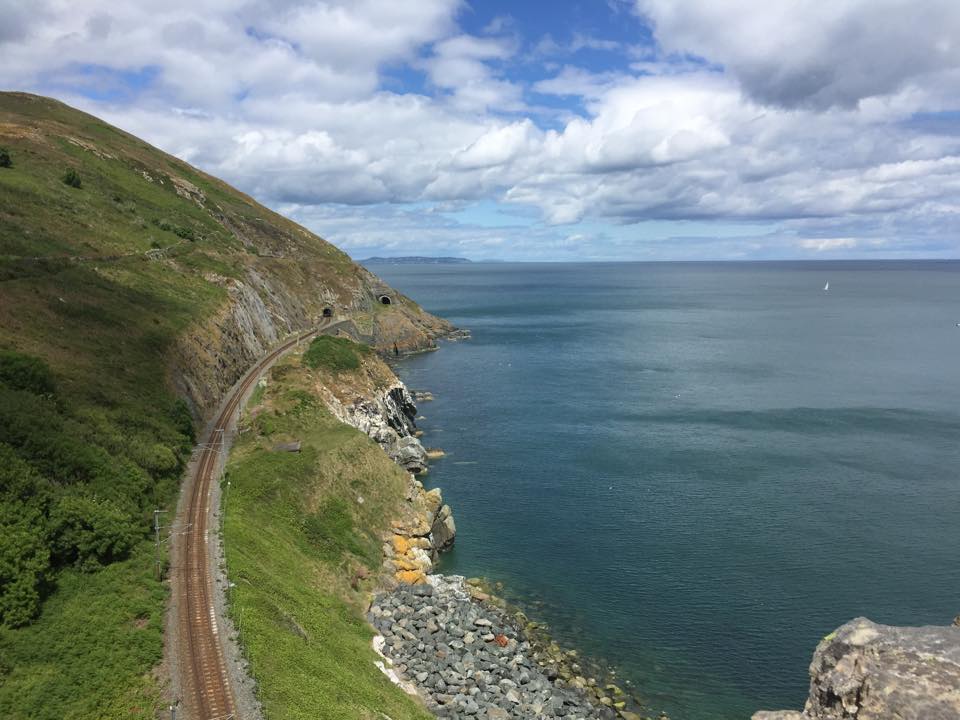 Bray is by far my favorite city in Ireland. It is located along the coast of the Irish Sea, only about 30 minutes away from Dublin City Centre. The village is full of local pubs and restaurants, a great way to escape life in the city. At the end of Bray’s beach is a coastal walk that stretches to the village of Greystones. It takes about two hours and after the first 20 minutes is usually void of packs of tourists.

Ana Gilbert is the Summer 2015 CEA MOJO in Dublin, Ireland. She is also an Alumni Ambassador and junior at the University of Saint Thomas.