A Taste of the French Alps 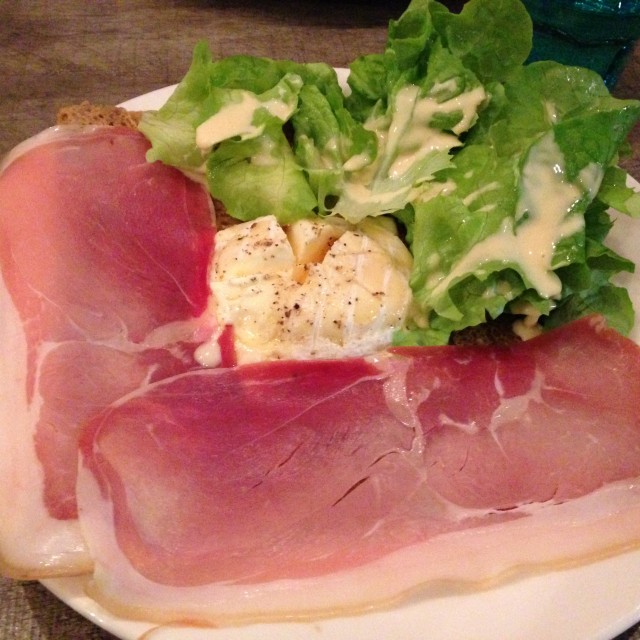 There is something so clichéd about French cuisine: frog legs, escargot, fois gras… What is it about fried amphibian limbs, buttery snails, and fatty goose liver that seems so sophisticated and disgusting at the same time? Give a French name to anything, especially food, and it suddenly becomes elegant and snobby, and for good reason too. The French are very serious about their food, and they are well known for being masters at creating delicious dishes. France is the birthplace of culinary movements such as haute cuisine and nouvelle cuisine, both used by high-class French chefs. These are the kinds of dishes you find in the expensive restaurants you can never afford and need to make a reservation for years in advance anyway. In other words, the stuff I didn’t eat while I was in France. Still, haute cuisine contributes heavily to the clichéd and sophisticated stereotype of French cuisine. Images of the movie Ratatouille come to mind when thinking about three-star Parisian restaurants, but even in that film, it was the humble Provençal dish of ratatouille that won over the stubborn food critic. 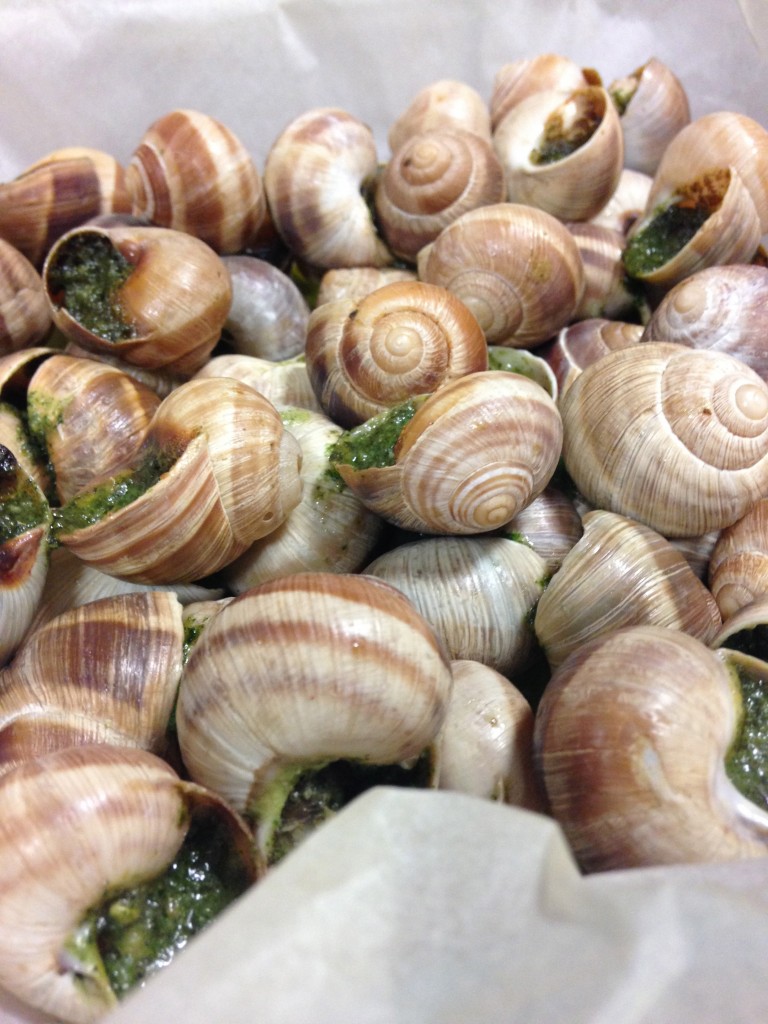 I studied abroad for almost four months in the small city of Grenoble, nestled in the French Alps and not far from Lyon, France’s second largest city. Both Grenoble and Lyon are located in the Rhône-Alpes region of France where the cuisine is more traditional, favoring lots of meat and fat. Paris might have a reputation for its fancy food and restaurants, but its Lyon that is renowned as the gastronomy capital of France. In Grenoble, where I studied, the food is heavily influenced by Lyonnaise cuisine, but also by the cuisine of the rest of the Rhône-Alpes region, particularly the Savoie department where meat, cheese and potatoes are staples. Because I enjoyed the cuisine of the Rhône-Alpes so much, I’ve listed the four most delicious reasons it’s not to be missed. 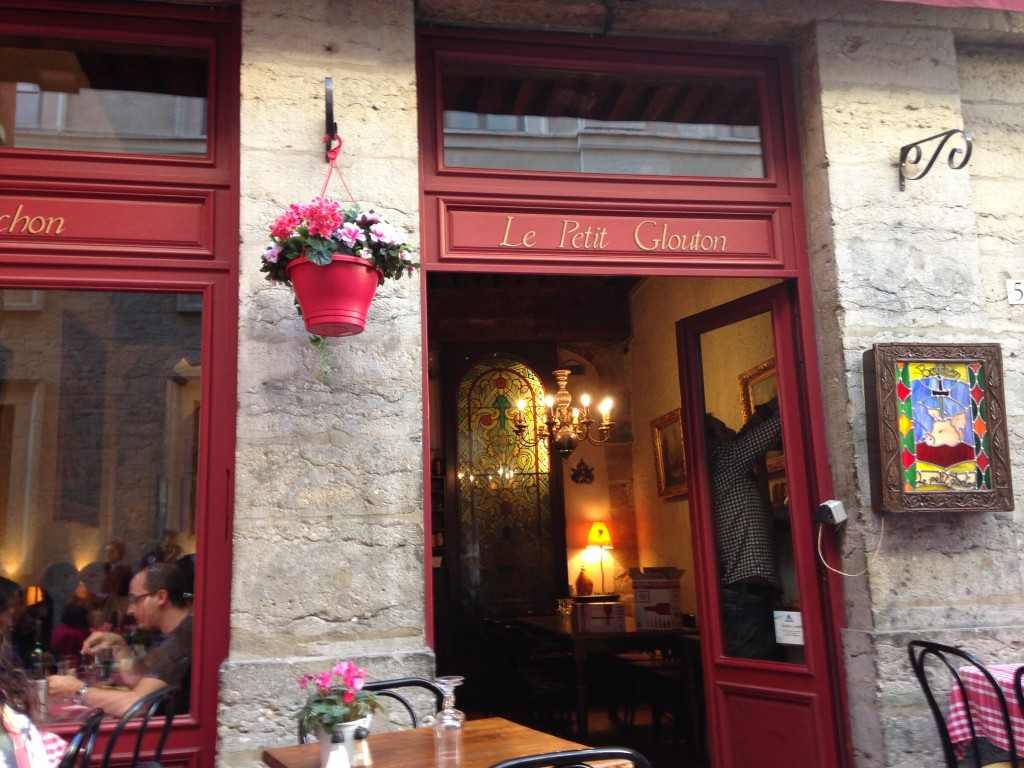 In direct opposition to haute cuisine and nouvelle cuisine, Lyonnais chefs prefer to cook traditional regional dishes heavy in meat and fat at their restaurants called bouchons. Lyon is famous for these restaurants, which oppose the pretentious atmosphere of haute cuisine establishments. However, just because bouchons serve traditional, un-snobby foods doesn’t mean that a typical Lyonnais menu won’t seem bizarre to an American. Andouillette, a pork sausage made with organ meat, and quenelles, poached fish meatballs, are typical bouchon dishes.

Grenoble’s classic dish found in almost every restaurant in the city is called gratin dauphinois, a heavenly side dish made with potatoes, garlic and cream and baked until the top is brown and crispy and the inside is soft and creamy. I happily indulged in this dish several times while abroad and have even made it twice at home since I’ve been back. 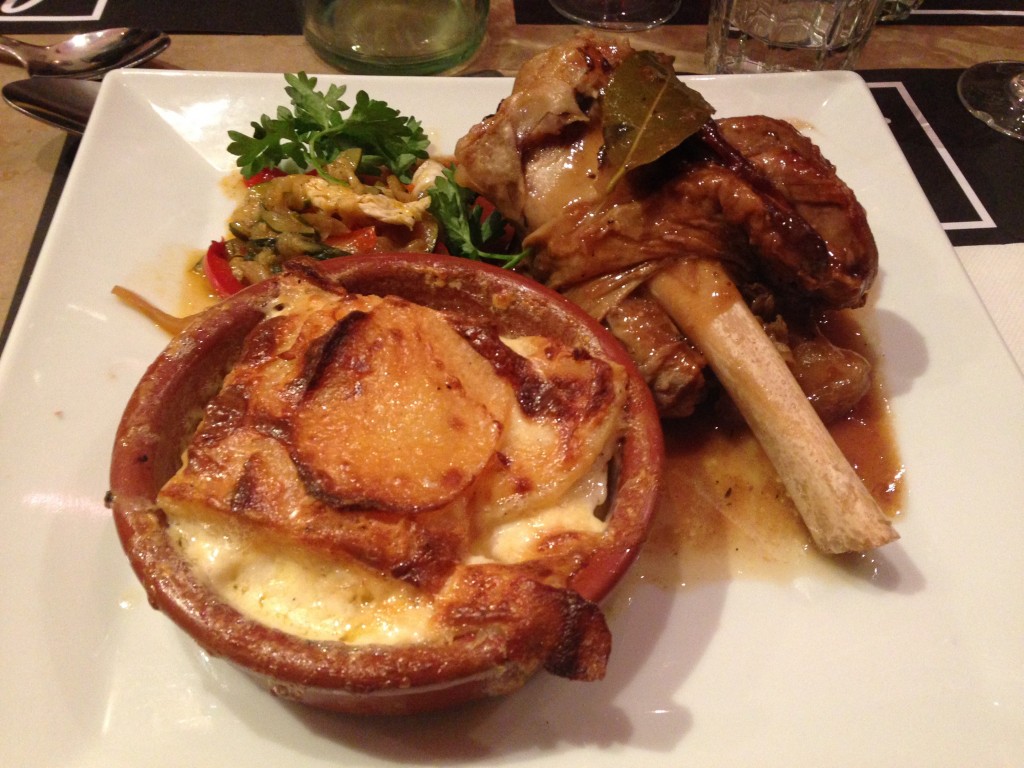 Tartiflette is a typical Savoyard dish similar to gratin dauphinois made with potatoes, cheese and ham, which I had for lunch one day at Grenoble’s Marché de Noël (Christmas market). It’s hard to go wrong with slices of potatoes, melted cheese, and small chunks of meaty ham baked together in a giant vat. Before being served, the tartiflette is scooped into a container and baked under high heat so that the cheese at the top becomes crispy and extra delicious. 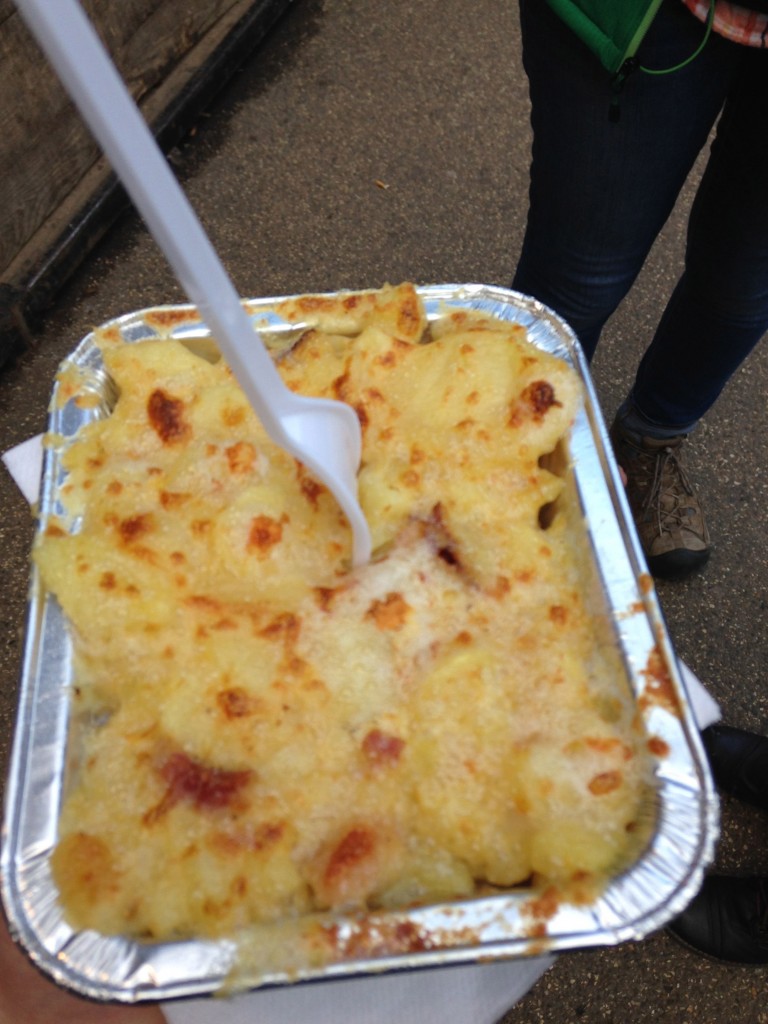 Reblochon, tomme de Savoie, and beaufort are all examples of exquisite Savoyard cheeses that I had the pleasure of eating in abundance during my time abroad. But one cheese in particular is extremely common in both the French and Swiss Alps: raclette. Raclette cheese is a gooey cheese that loves to be melted, and it plays a special role in Alpine cuisine: it is the star of the dish also called raclette, which involves melting a block of the cheese using a special device, and then scraping off the melted cheese and eating it with boiled potatoes and charcuterie. There is hardly anything elegant about eating raclette, but personally, I’d rather eat meat, cheese, potatoes, and butter over something more fancy any day. I unfortunately didn’t get to try raclette for myself, but I see that as just another reason to return to France.

Brooke Myers is a CEA alumna (Grenoble Fall ’14). She is an Alumni Ambassador and junior at West Chester University of Pennsylvania.