A Weekend of Ancient Areas and Artifacts

April 19, 2015
by CEA Content Creator
SHARE SHARE
One of my favorite weekends of the semester was when CEA took our group on a day trip to Bath and Stonehenge. We started out in Bath, a city in Somerset. In 60 AD the Romans built large baths connected to the hot springs that lie under the city. This made the city extremely popular at that time, and it was considered quite a luxury to live there. The city and the baths remain beautiful to this day. We walked through the Bath exhibits that included guided audio tours. After walking through the baths, we were all advised by our guide to get traditional English “pasties” for lunch. These delicious treats are customarily filled with meat and vegetables, bundled up in a flaky pastry crust. They're like a British meat pie, but folded in half like a calzone! The city is also famous for its Georgian architecture crafted from Bath Stone. This particular stone makes up most of the buildings throughout Bath, so we had a tour around the city to look at some of those beautiful homes. 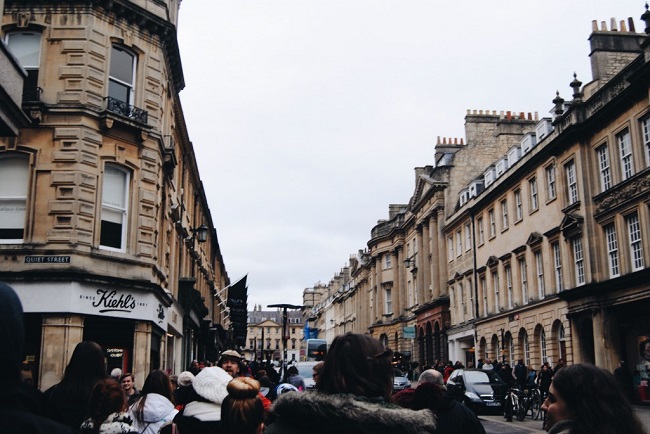 After Bath, we moved on to Wiltshire, where Stonehenge is located. We were given audio guides here also, so that we could hear some of the theories of how these ginormous rocks got into the middle of this vast field. No one can know for sure, but it is estimated that Stonehenge has been there since around 8000 BC. With it being one of the most famous sites in the world, it was pretty surreal to be standing there in front of it.

Mia Balasi is the Spring 2015 CEA MOJO Photographer in London, United Kingdom. She is currently an Junior at the University of Iowa.
Read more about our CEA Content Creators.
Leave a comment
Newest on top Oldest on top
Load more comments
Thank you for the comment! Your comment must be approved first