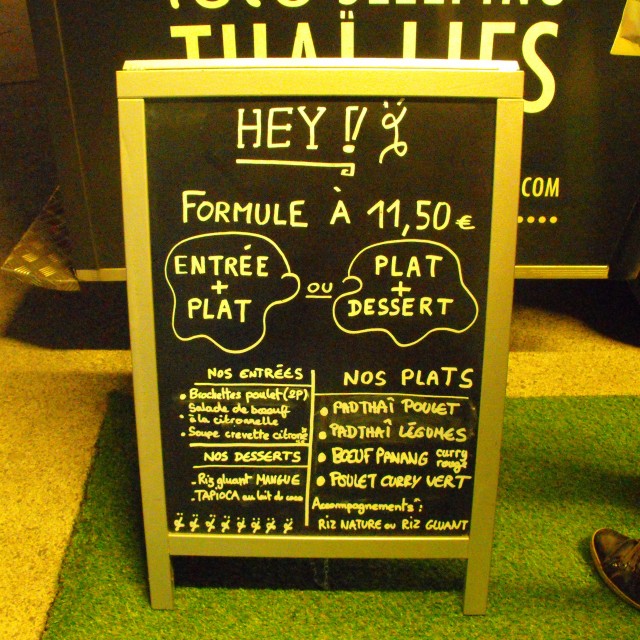 The ability to speak more than one language is nothing less than rewarding, but one must truly dedicate his or herself to achieve a high proficiency in a foreign tongue. Do you find yourself struggling to gain the motivation to pick up your high school French book or watch an hour of Telemundo? Check out my list of reasons to master a foreign language!

1. It makes life abroad ten times easier
Think about your daily activities. Do you cook, shop, read, and write during a typical day? If you choose a location that boasts a language you do not primarily speak, these activities suddenly become more challenging than before. Having some knowledge of the local language can make grocery shopping an easier, more pleasant experience. Can’t read the street signs or restaurant menus? Need to ask a local for directions? Learn at least a few key phrases in your host country’s tongue before you leave home so you’re prepared, and you’ll pick up on more commonly used words and expressions as you go about your days abroad.


2. Proficiency in more than one language makes you more employable.
It is no secret that employers often seek out multilingual individuals to fill open job positions across a wide variety of fields, notably those featuring entities that compete in the global market. A candidate’s ability to communicate competently in two or more languages attracts the eye of employers for multiple reasons, including international business opportunities and lower costs. Due in part to the increased use in technology (i.e. the internet, social media, language-learning software, etc.), the world is experiencing more language crossover between countries than ever before. Companies who partner with foreign counterparts need bilingual employees in order to build and maintain global business relationships - and they still manage to save money while paying polyglots more than their monolingual peers (that’s right - according to a study conducted, United States bilinguals are paid 5% to 20% above the base payment of the position on average!)1. How? A company with multilingual employees generally has a reduced or no need for translators! Don’t forget to boast about your language skills on your résumé – include the language and your proficiency level under your “special skills” section.

3. Communication leads to friendship.
Studying abroad provides individuals with the opportunity to make foreign friends and build lasting friendships and connections with others across the globe. This alone has so many benefits and is something I recommend all students abroad seek to accomplish. However, we cannot assume that everyone we approach speaks our own language. When in your host country, making friends with natives is likely an easier task when pursued in the local language. Further, who better to help you improve upon your language skills than someone who speaks it daily? Practice your Italian or Chinese with your friends by setting language guidelines! Choose a day of the week and make a commitment to converse only in the foreign language. Maybe your new pal would like to develop his or her capabilities in English! Together, you can help each other learn and work towards an increased mutual understanding at the same time.


4. Cultural perspective
Our generation is plagued with a lack of awareness when it comes to other cultures, and this is problematic in a world where politics and business rest on the essentiality of global understanding. Learning world languages is one way in which individuals can increase their knowledge of and insight into other nations and peoples. Those individuals can then, in turn, share foreign news and provide ideas and opinions regarding current events and world culture to others who may be less informed in hopes of closing the apparent cultural gap that we face today. This pairs nicely with the ideas mentioned in #3; maybe finding foreign friends to discuss world happenings and bust stereotypes with would help (although cliché) bring the world a little closer.

5. Foreign languages make you smarter
It is a scientifically proven fact: polyglots are significantly more intelligent than those who are monolingual. Learning a second – or third, or fourth – language improves cognitive skills, creative and critical thinking, and can even slow brain-aging later on in life. The results of a study conducted by researchers at the University of Edinburgh2 show a disparity between the cognitive functions of monolinguals and multilingual individuals who were tested twice – early on in life and then sixty-five years later. Those who learned more than one language during their lifetime, even during adulthood as opposed to childhood, displayed better cognition than those who only spoke English. According to the study, the results in “general intelligence and reading” provided the conclusion that those who are competent in a second language are smarter than the general population. So, it’s never too late to start learning! Taking a few hours a week to study your host country’s language will not only benefit you immediately – it will follow you into your later years and keep your brain healthy and active!


Now are you convinced? Once you choose your study abroad destination, get a head-start and begin learning or sharpening your language capabilities! You’ll be glad you did.

Rachael Cox is a CEA alumna (Paris Spring '14). She is an Alumni Ambassador and senior at Quinnipiac University.