February 26, 2014
by CEA Content Creator
SHARE SHARE
You can walk into any convenience store in Rome and grab a box of pasta off the shelf for a euro or less. Pretty crazy, right? If you didn’t know better, you would figure that would be the single best option for pasta meals during your stay in Italy. I quickly fell into that trap within the first few weeks of my stay in Rome. But last week I attended a cooking class and have changed my mind-set ever since!
Last Wednesday night, a group of CEA students walked to a small kitchen tucked back away in a nearby neighborhood. As we filed in, you could feel the excitement start to rise as we each put on our aprons and stood in front of a pile of flour and an egg. Most of us had never even considered the idea of making our own pasta, mostly because no one knew how to make pasta from scratch! Once we all got settled and the chitchat simmered down; we were ready to begin.
Each person was given 100 grams of flour and a single egg. We were told to make a hole in the middle of the flour and crack the egg in the middle and continue to mix the egg and flour until it formed a ball. 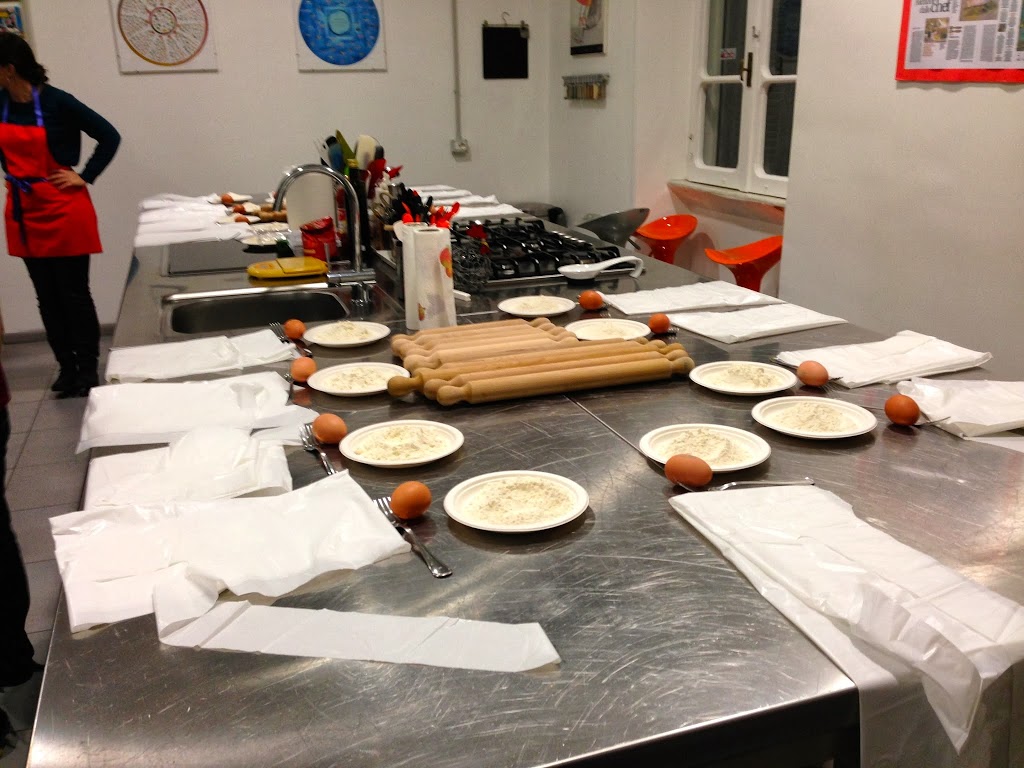 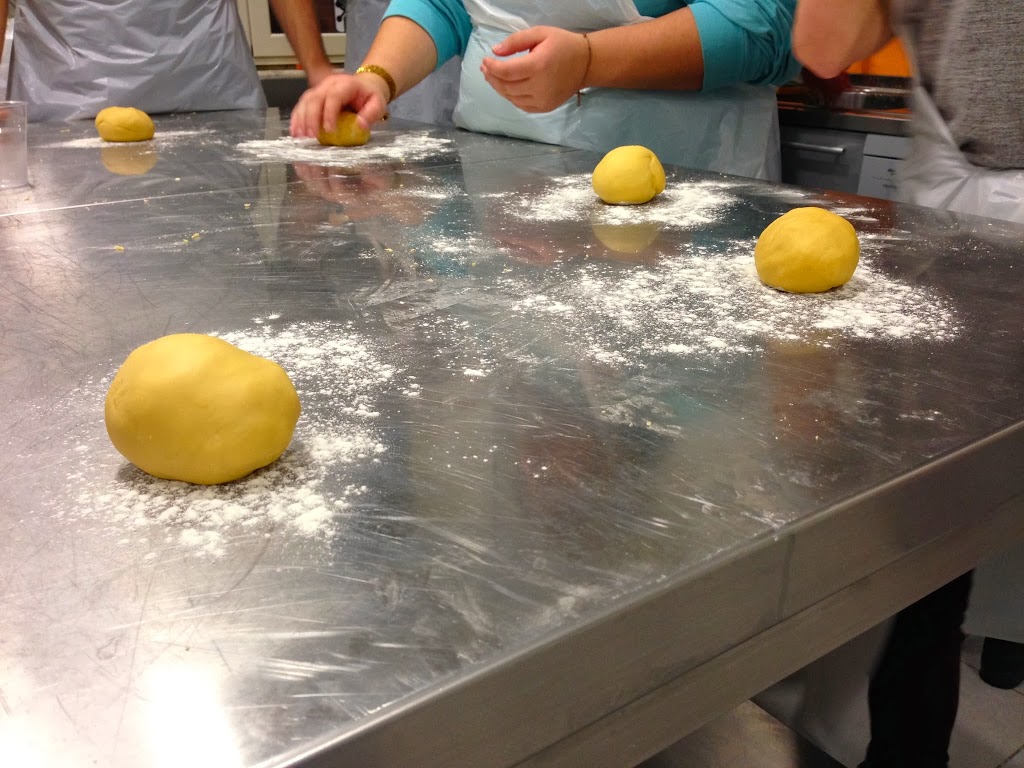 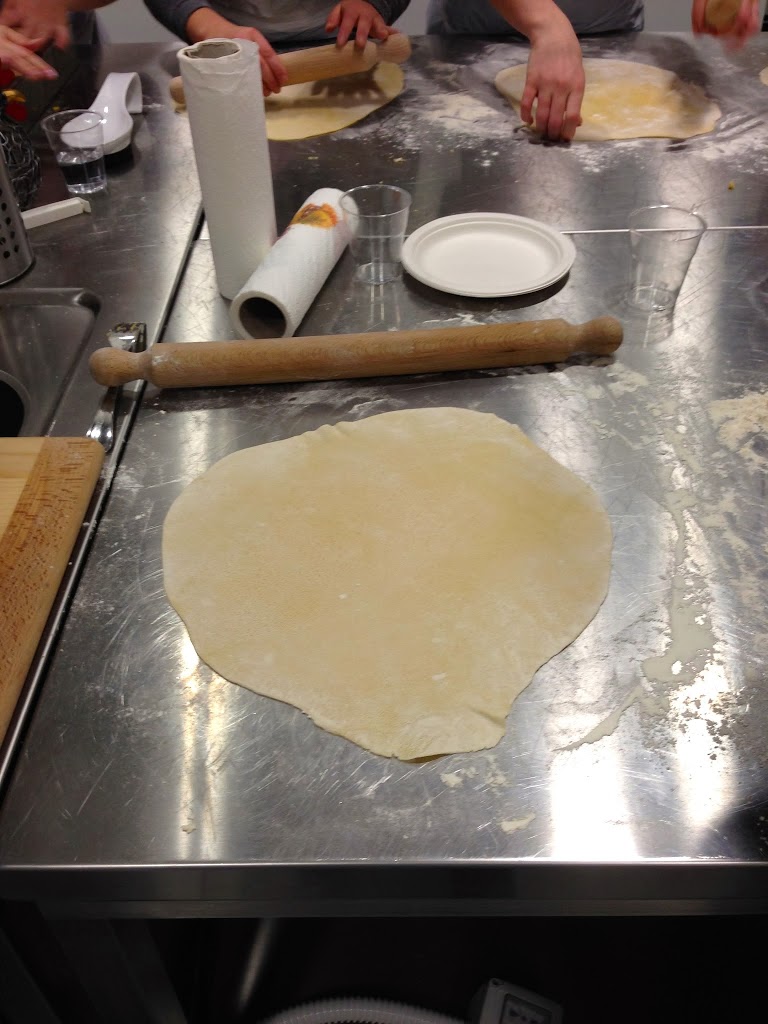 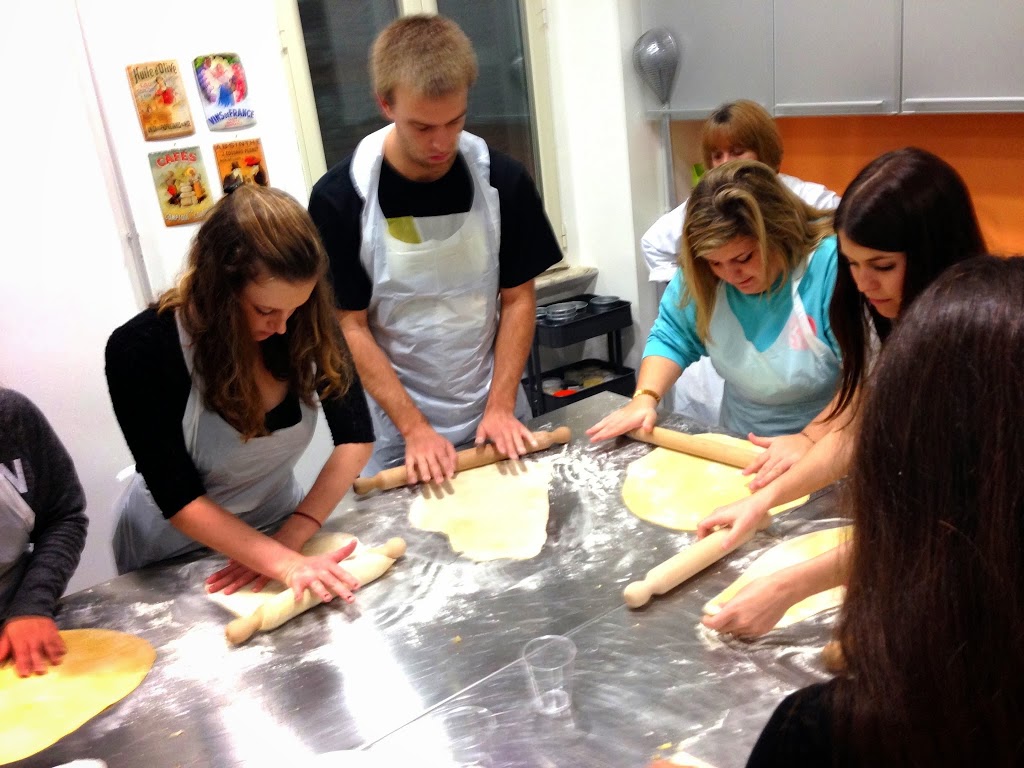 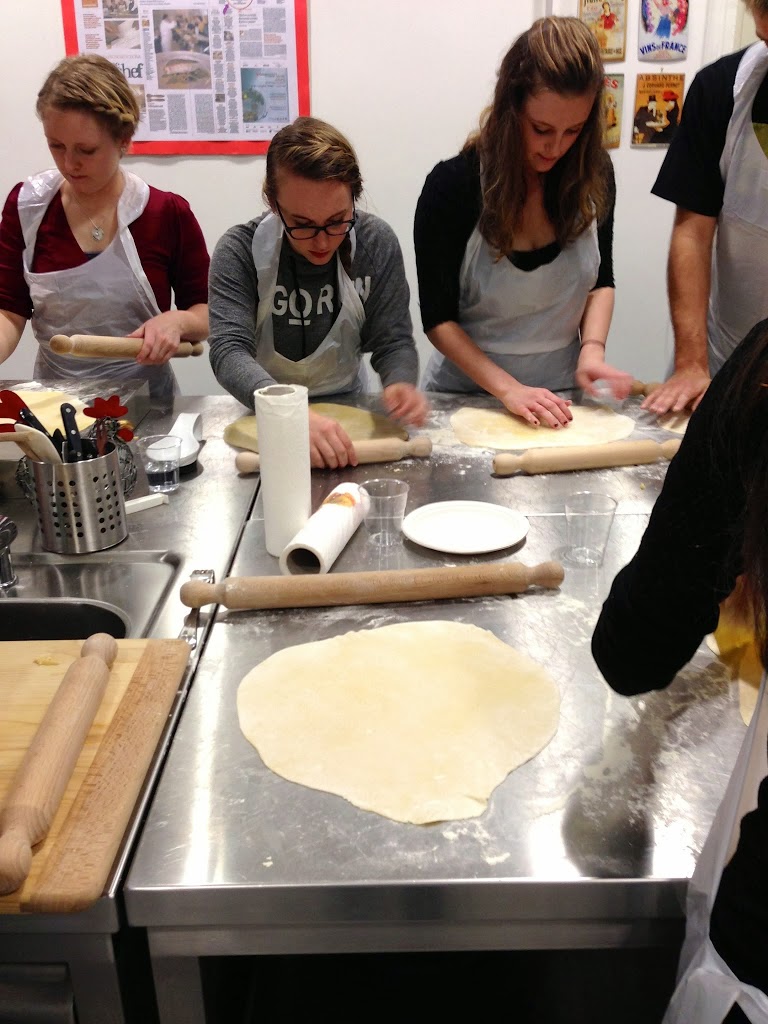 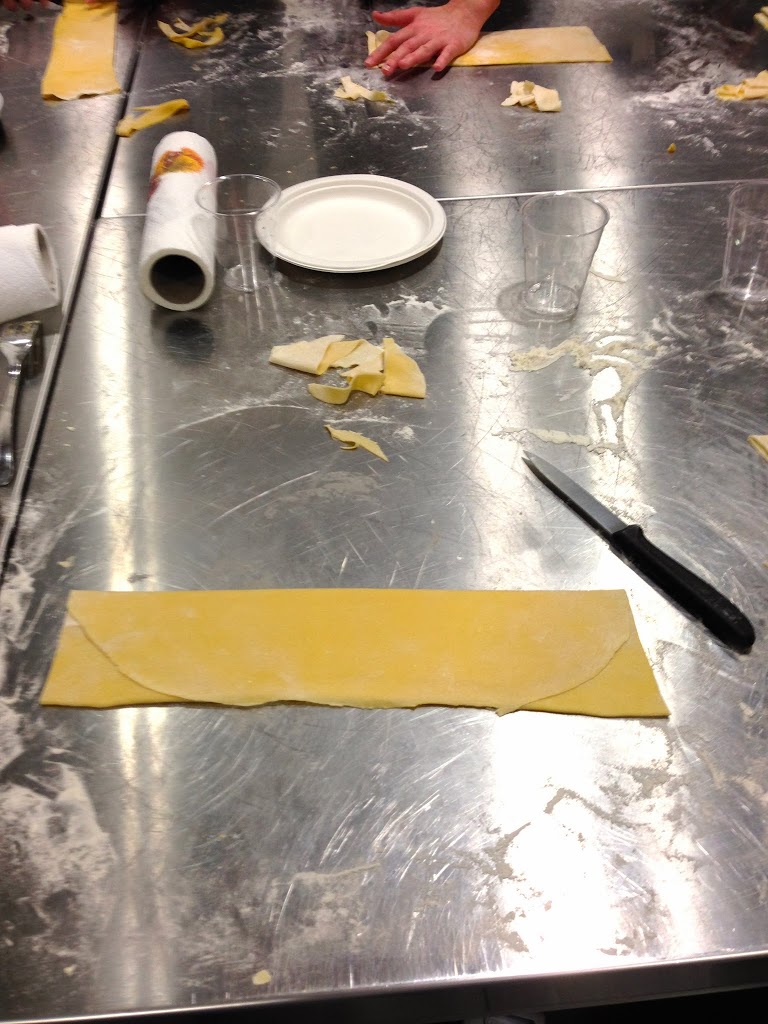 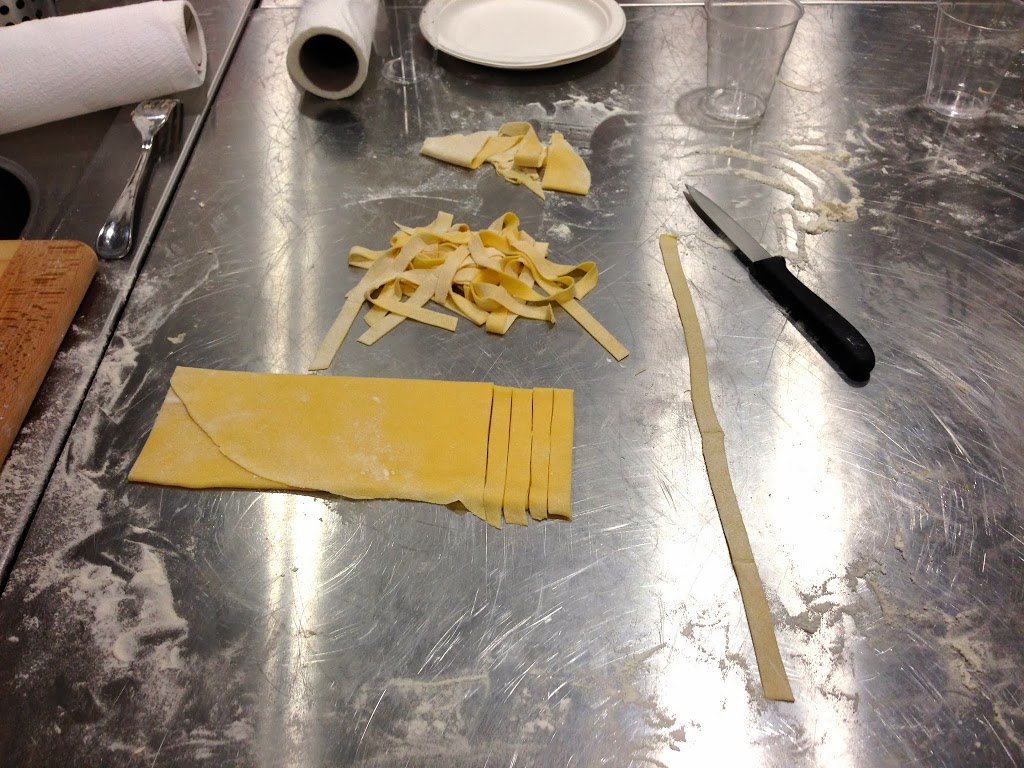 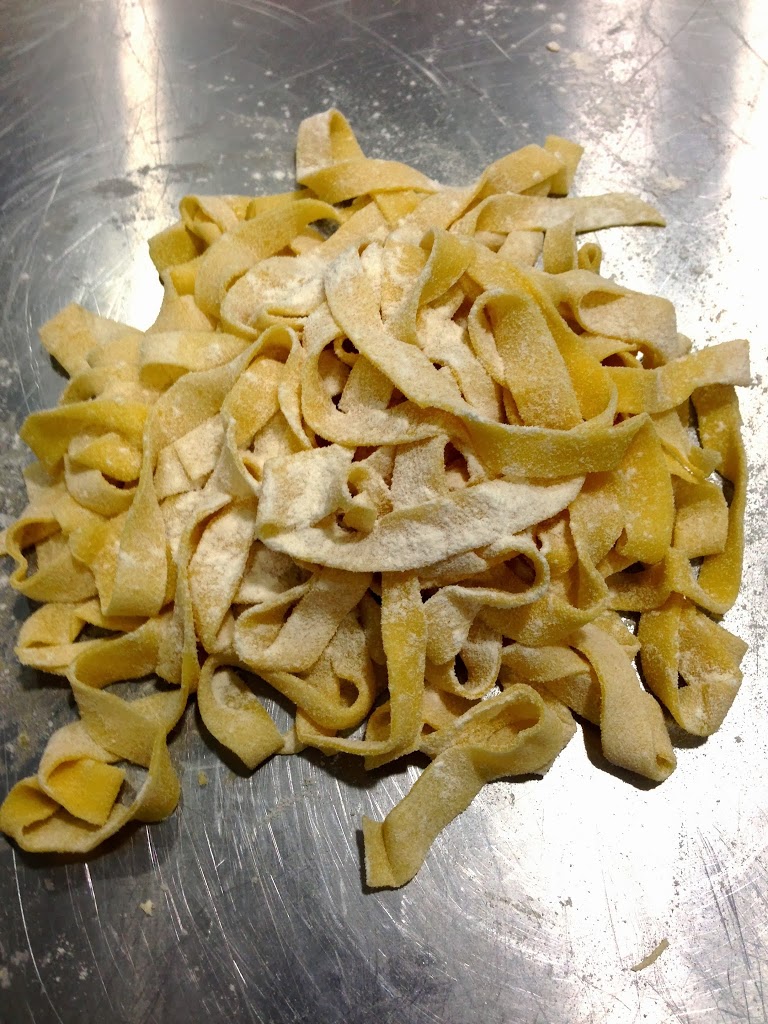 Once the dough was in a ball, it was time for a serious hand/arm workout.  We kneaded the dough for ten minutes until it was perfectly smooth. Then rolled the dough out as thin as could be. Once we were able to peel the dough off the table we folded the dough into three equal parts and cut it into thick slices. Once the cut-slice was separated from the larger section we were able to unfold them into long pieces of homemade linguine! 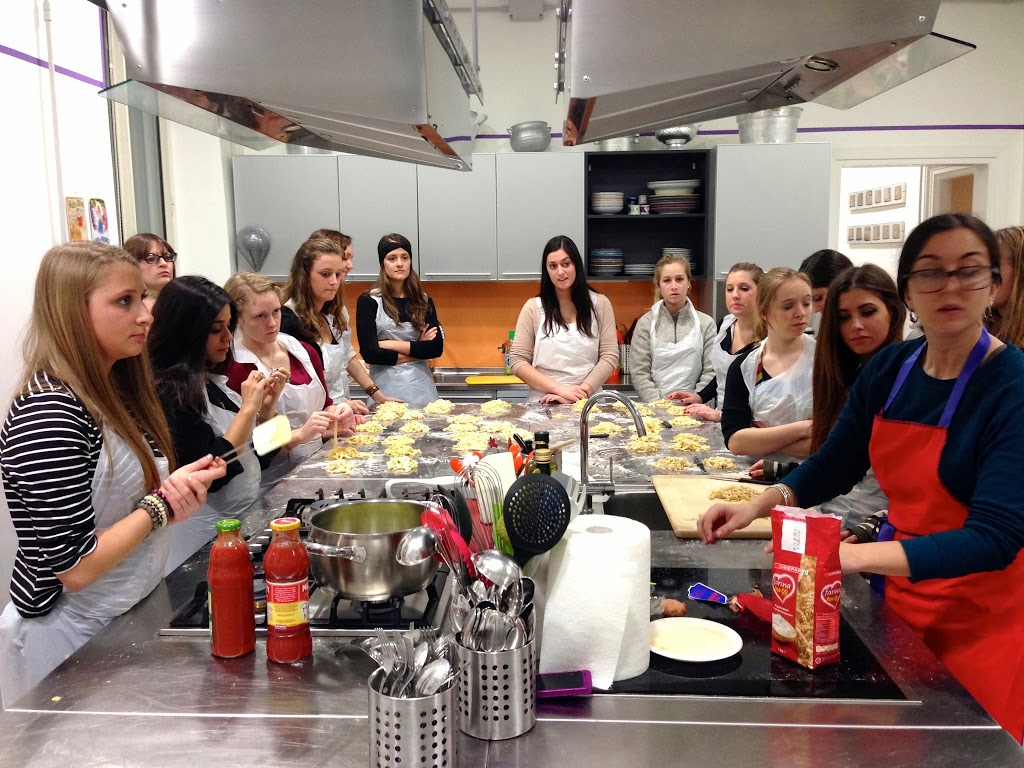 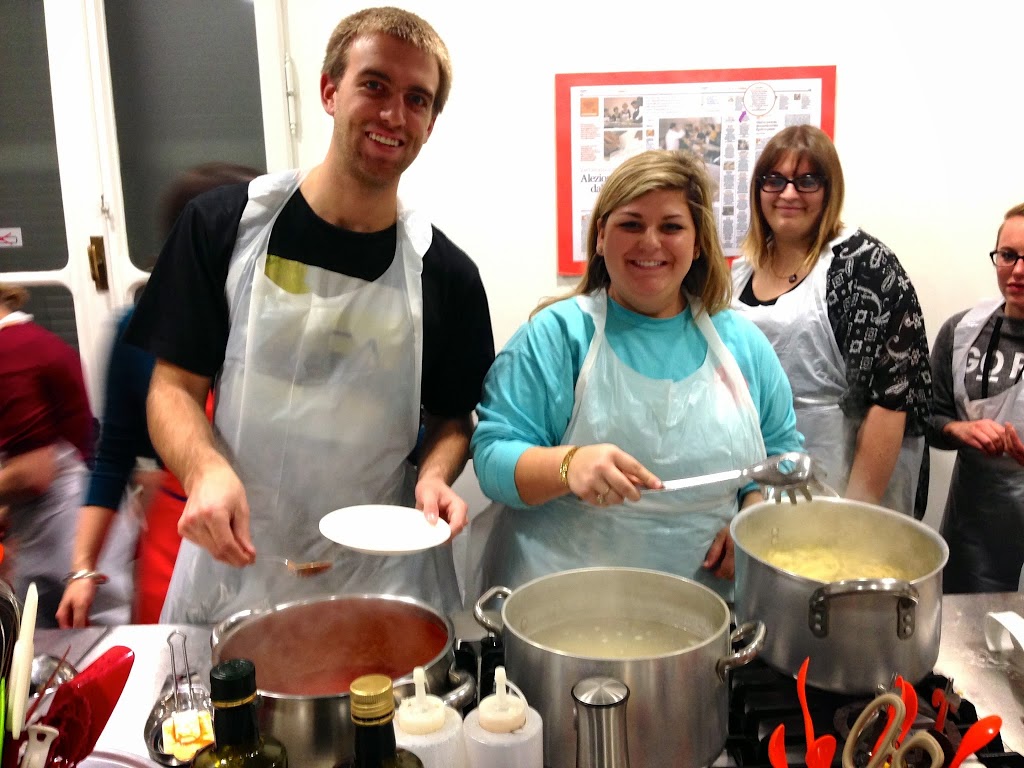 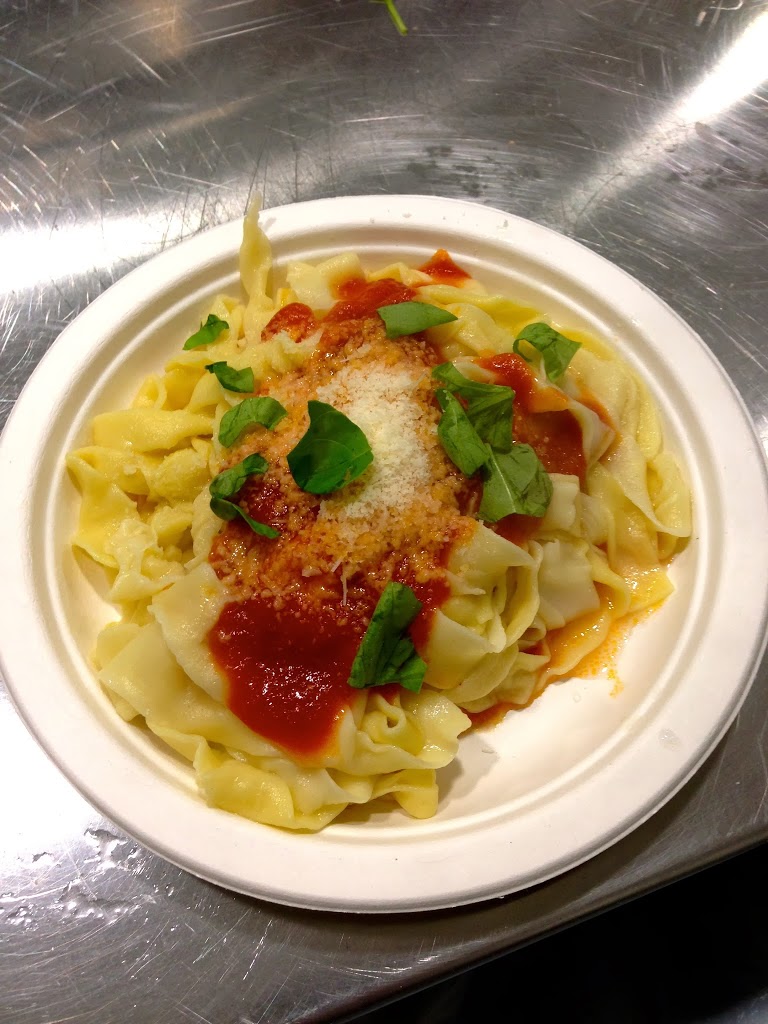 We were able to cook the pasta right then and there! It was delicious - much better than the boxed stuff. I was lucky enough to go to this cooking class with my four awesome roommates; on the walk home from this class we brain stormed how many ways we could make this pasta in the upcoming weeks! So far we are looking into making homemade chicken noodle soup, pesto and sun-dried tomato pasta and a fresh pasta salad. All thanks to our new skills learned in this cooking class the girls in Apt. 237 will be whipping up some amazing homemade dinners!


Shayna Kerry is the Spring 2014 CEA MOJO in Rome, Italy. She is a junior at the University of Colorado at Boulder.
Read more about our CEA Content Creators.
Leave a comment
Newest on top Oldest on top
Load more comments
Thank you for the comment! Your comment must be approved first