Pizza and Gelato Crawl with CEA

February 14, 2014
by CEA Content Creator
SHARE SHARE
When deciding to come to Rome for my study abroad semester, people were pretty shocked that I decided on Italy. My Italian vocabulary only consisted of a few words: ciao, grazie, gelato and pizza.

So when I arrived to CEA and one of the events they had on the calendar was a “Pizza and Gelato Crawl”, I instantly signed up. Last Wednesday night, about twenty CEA students and I met a few CEA staff members in Campo de Fiori to begin the crawl. Our first stop was right in the heart of Campo de Fiori called Forno! We were each given two pieces of the Pizza Bianca as well as two slices of Pizza Rosa. 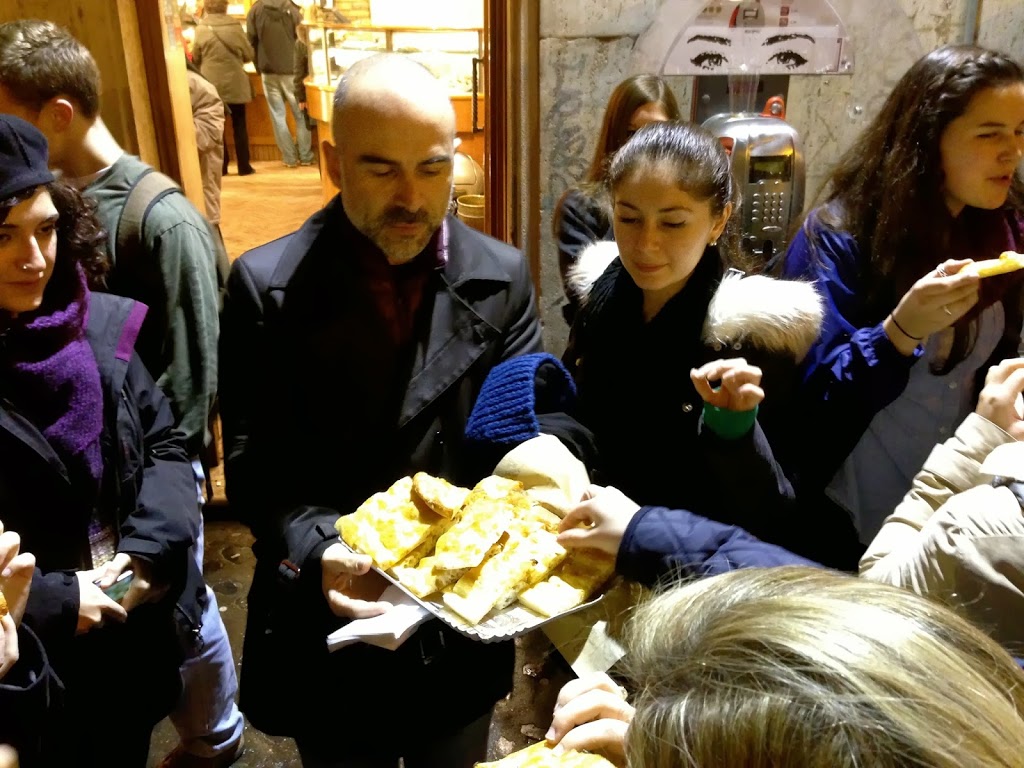 After countless adventures to pizza places in Rome, Forno definitely has my vote for best pizza so far!
Even though it started to rain, we still made our way to our second pizza stop called Florida. We were able to order two different types of pizza! I decided to go out on a whim and order a slice that had pumpkin, bacon, and cheese on it. I know the combination sounds a little funky, but I promise you it did not disappoint. After devouring the best pizza most of us have ever had, we moved on to our last stop--GELATO!
It’s nearly impossible to walk a block in Rome without seeing a gelato shop that looks like pure perfection. It would be an absolute sin to not stop in and have a scoop, right? At that point, I thought I had seen it all in terms of amazing gelato; however, once again, I was SO wrong. Our last stop on the Pizza and Gelato crawl was a place called Palma. Once we walked up to the giant glass doors and saw over 150 flavors of gelato in front of us, we knew this place wouldn’t disappoint. We were each able to get three scoops of gelato and after much deliberation and sampling the decision was made: chocolate, peanut butter and mint. This gelato exceeded our expectations!

Huge thanks to the CEA staff who showed us the best pizza and gelato places around town!
Shayna Kerry is the Spring 2014 CEA MOJO in Rome, Italy.  She is a junior at the University of Colorado at Boulder.
Read more about our CEA Content Creators.
Leave a comment
Newest on top Oldest on top
Load more comments
Thank you for the comment! Your comment must be approved first