A Big Leap of Faith: My First Time Bungee Jumping in Monteverde

February 11, 2014
by CEA Content Creator
SHARE SHARE
I haven’t done a lot of crazy things in my life, so jumping into 469 feet of nothingness, with only ankle harnesses to save me, was definitely NOT at the top of my to-do list.

A group of us went to Monteverde, Costa Rica, as it is known for its amazing zip lines and for being the home of the tallest bungee jump in Central America. Before leaving, I had already made up my mind that I wasn't going to jump - the thought of merely being up that high was completely terrifying.

So when we arrived that Friday night, I only paid for the zip lining tour. With the thought of bungee jumping still heavy on my mind, I confided in my friends and family who all said I should jump. A friend gave me a Bible quote: “For God has not given us a spirit of fear,” and that actually made me change my mind. So Saturday morning, I paid the remainder of the money so I could jump.

For three hours, we zip lined in the Monteverde eXtremo Park, and it was exciting! Being the scaredy-cat that I am, I didn’t look down during the higher zip lines, but from the few glances I did take, the views were beautiful. 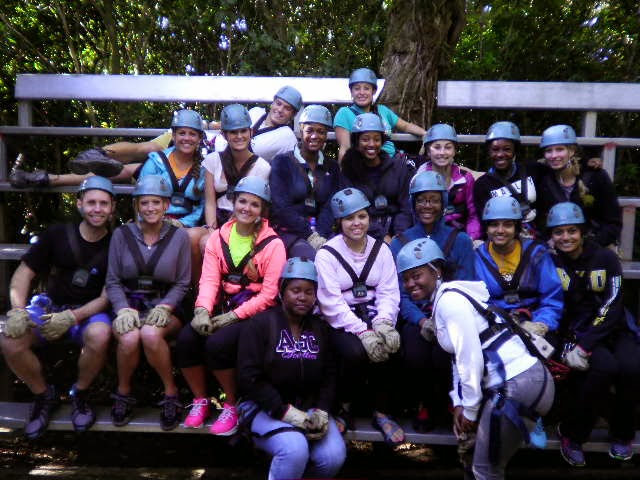 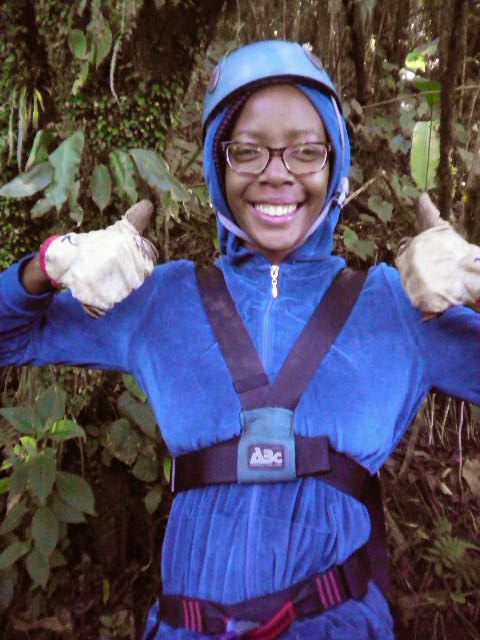 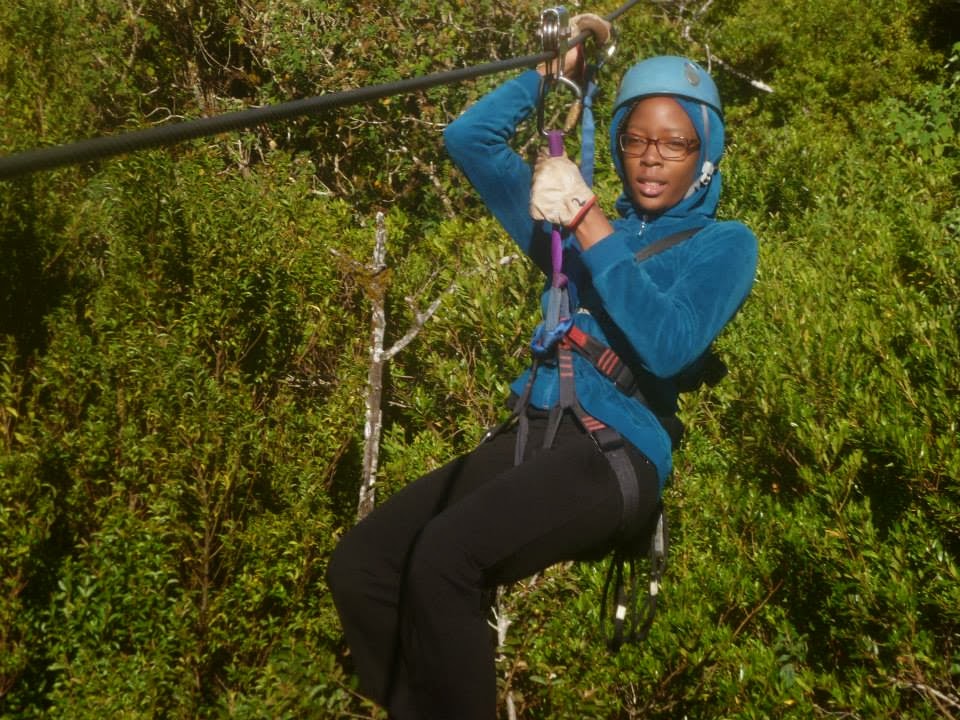 Before bungee jumping, our weight had to be recorded on our hands since there were different cords for each weight group. 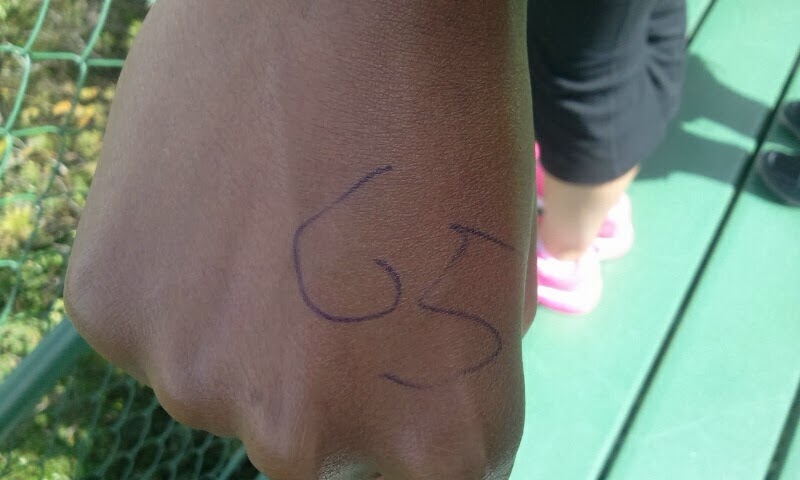 After taking the hike to the bungee jumping station, the guides debriefed us and put us in our harnesses. Instead of jumping off a bridge like I had originally thought, we rode a cage-like tram to the mid-air destination that doubled as our platform. 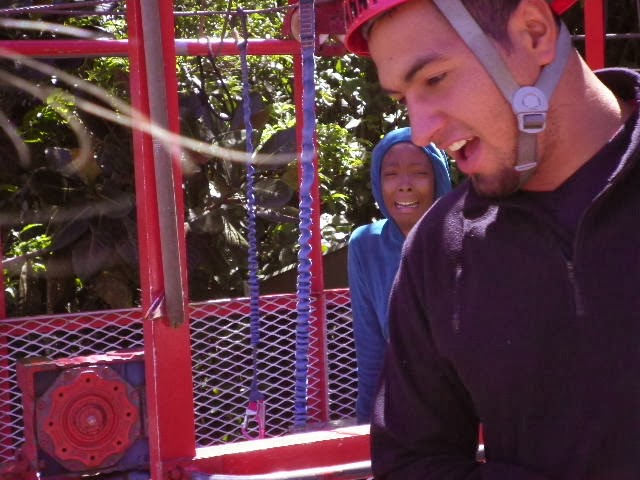 Surprisingly I wasn't nervous at all…until I stepped to the edge. The guides counted down at least four times; I was too scared to jump (as you can see in the video below)! However, with the chants of encouragement from my two friends who already went, and with my eyes closed ready to scream my head off, I FINALLY JUMPED.

The initial jump was weird. It didn't feel like I was on a roller-coaster (there was no stomach drop) but felt just like what it was: a fast free fall. It only lasted four seconds, but it was a LONG four seconds since I couldn't breathe the first two. Despite popular belief, there was no jerk when I started bouncing up and down either – the transition was very smooth, unnoticeable and fun! The view was spectacular (at this point my eyes were open) and I felt like I was in another world…an upside down world of course. After the bouncing subsided, the guides threw a rope down, I hooked it onto my harness and they pulled me back up.

Bungee jumping was the scariest yet the most exhilarating thing I've ever done in my life. The rush was AMAZING. The hardest part was actually jumping off because the fear kicked in and almost made me chicken out. I don’t know if I would do it again, but I encourage everyone to take that leap of faith! It was a feeling I've never felt before and an experience I will never forget! 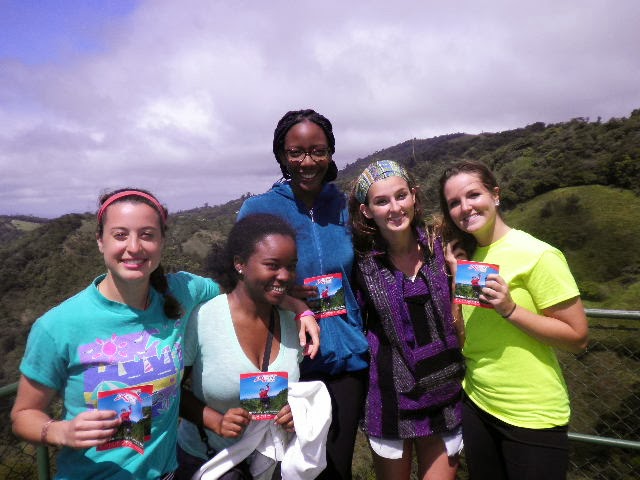 Leslie Brown is the Spring 2014 CEA MOJO in San José, Costa Rica. She is currently a junior at Winthrop University. Read more about our CEA Content Creators.
Leave a comment
Newest on top Oldest on top
Load more comments
Thank you for the comment! Your comment must be approved first