December 27, 2013
by CEA Content Creator
SHARE SHARE
As it is approaching the end of the semester, I am already feeling nostalgic for Granada's rich culture. Throughout these four months, I have traveled more than I have ever done in my entire life. Not only have I traveled to five other countries besides Spain, and awkwardly found myself in Amsterdam for a few hours during a layover, I have also traveled to many villages, cities, and landmarks in the south of Spain. As I am now starting a countdown of seven days until I head back to Chicago, I would like to share the rich culture of my journey throughout Andalusia.
1. Sacromonte 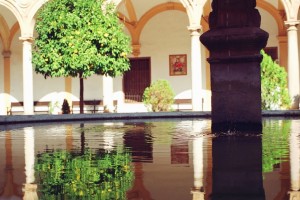 Sacromonte was one of the most stillest places I have ever been to. Though it is neighboring the center of Granada, it still maintains its tranquility and silence. I could hear people's footsteps perfectly and clearly as if we were in a small room. I felt as if every light sound echoed throughout the land and it gave me goosebumps to know how much history was imprinted in the land and remaining homes. 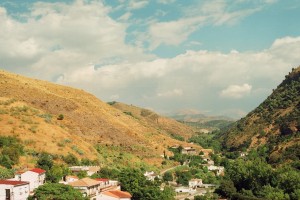 Sacromonte used to be a home for the Gitano community who had homes inside of caves. Flamenco dancing became popular in this community and still exists today.
2. La Alhambra 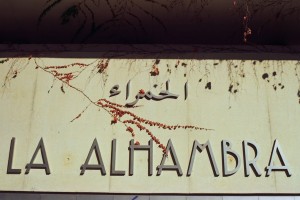 Spain's biggest landmark, La Alhambra, is a place people visit again and again. My host mom can't even count how many times she has taken a tour into La Alhambra. She says she goes so often because every time she does go, it's different. Whether she goes at night or in the morning, it's always like a new sunset. 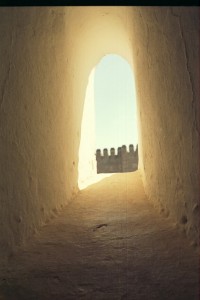 The thing that I really admired about La Alhambra was its asymmetry. The architecture was beautiful and unique, yet without continuity of perfect lines and angles. It gave the place a spirit of its own and it was the total opposite of a boring museum tour. 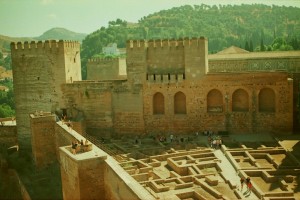 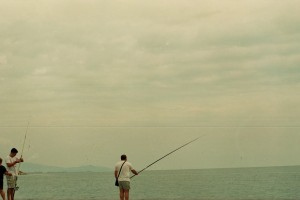 The funny thing about going to Almunecar is that it was not planned. My roommate and I were supposed to go on a CEA excursion to Nerja and Frigiliana, but we missed the bus and then decided to catch up with the group. Well, we got off the wrong bus stop and made it here. Almunecar (and Salobrena) are the beaches you must go to! Salobrena is not pictured here, but it is the closest beach to Granada, and even the ride there is beautiful. 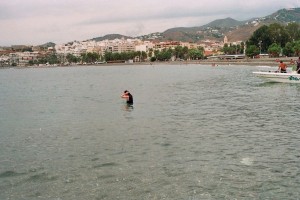 The beauty about living in Granada this fall semester was that I got to travel to a lot of beaches and beach towns almost every weekend. The ALSA buses take you basically anywhere you have in mind, and they'll take you to Almunecar. Though this trip was unexpected, it was a relaxing, beautiful experience. 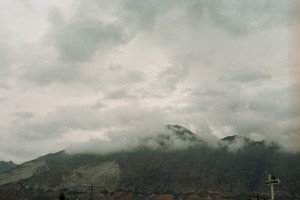 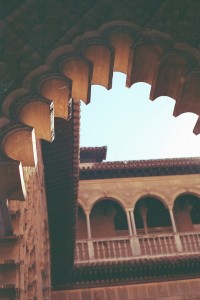 Like many places in Andalusia, Sevilla has visible Moorish influences in its architecture. It is the capital of Andalusia and filled with rich Islamic and Roman history. We got to observe the technique in its architecture, particularly the colored walls that were used as a cooling system for the summer season.
Outside of the palace were large, beautiful gardens with fountains. Like the Alhambra architecture, the palace in Sevilla resembles paradise as being fertile and like a garden. 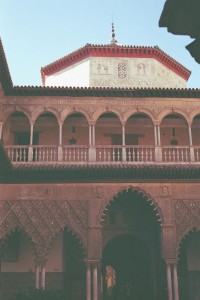 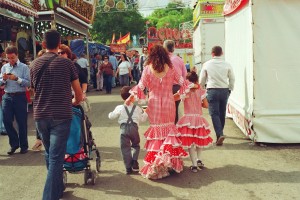 The rich culture of Andalusia that I read about in travel books was displayed in Jaen. This trip was also an accident. Because I missed the trip to Alpujarras with the CEA group, I decided to go a different day with my friend. But long story short, we were unable to, and decided to go to Jaen. Not knowing there was a grand fair going on, we enjoyed it even more. Because during these types of fairs, the Spanish people celebrate and put their culture out on display. As seen in the photo above, almost every woman was wearing these types of flamenco dresses. 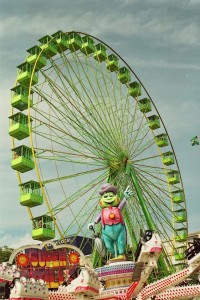 It was refreshing to see such a change in culture, being only an hour outside of Granada. Most people at the fair brought their horses and donkeys, most of them dressed in traditional Spanish design. 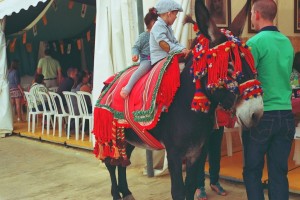 6. Alpujarras (the village of Bubion) 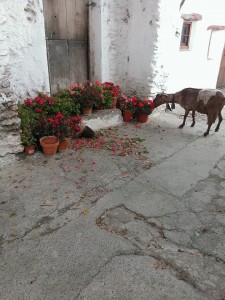 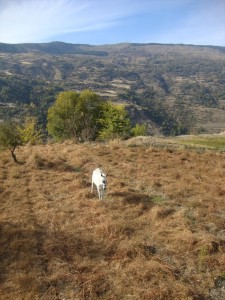 Like Jaen, it was a shock to see such a change in culture here in the village of Bubion. Bubion is a village in the Alpujarras region which is also in Granada. Alpujarras is a hilly land which is right along the Sierra Nevada mountains. My friends and I finally got to visit this beauty, and at the perfect time. The snow was beginning to settle on the Sierra Nevada mountains and there were still autumn leaves.

The landscape speaks for itself. Like Sacromonte, Bubion was also very quiet. The people of Las Alpujarras still stay true to their traditional methods and ways of living. It was like a little get-away from the busy city life. 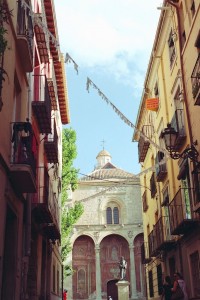 The things I will miss most about Granada are the little things. Like the walk to school and seeing this church every time I'd cross the cobble-stoned street. Granada always seems to surprise me. It taught me a lot about being fresh with culture. Once I traveled at least outside of the city center and into Bubion and Sacromonte, for example, I got a new glimpse into Granada that I could never have experienced if I stayed in the same place. 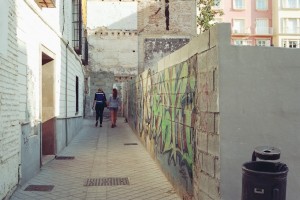 Above is a picture of two Granadinas holding hands. This perfectly captures the open and warm culture of Spain. Many times I see women chaining arms when they walk together. And when I am greeted by my Spanish friends, I always get a tender rub on the back and two kisses on the cheek. That is one thing I am going to miss, especially when my host mom holds my hand and hugs me tightly with a smile. 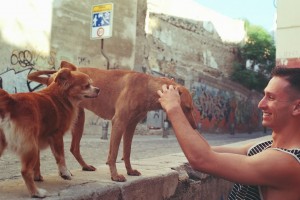 And I'll miss the friendly dogs that have managed to make my day. Sometimes when I would wait to cross the street, little puppies would randomly jump on my leg and beg to be pet. 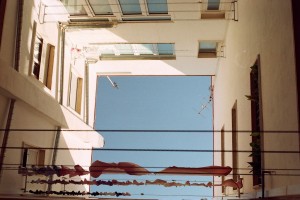 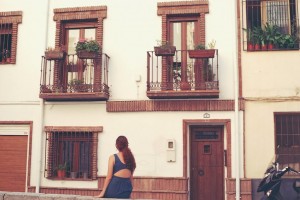 Stephanie Khio is the Fall 2013 CEA Mojo in Granada, Spain. She is currently a senior at Roosevelt University in Chicago. Read more about our CEA Content Creators.
Leave a comment
Newest on top Oldest on top
Load more comments
Thank you for the comment! Your comment must be approved first