December 12, 2013
by CEA Content Creator
SHARE SHARE
There is nothing more thrilling than having a spontaneous encounter with the French culture.
One random weekend night, sans intention, I found myself in the midst of La Nuit Blanche---the French term for "a sleepless night."
One night a year, Paris sustains the bustle of the day through the night.
It is truly a magical night for not only Parisians, but also those who want a more profound interaction with the roots of French society.
It's a night of complete cultural access to the French heritage---the museums, theatres, and essentially all major public spaces remain open
with additional events and cultural set-ups taking place in arrondissements all across the city. 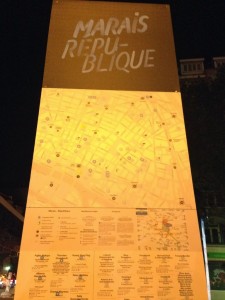 This is yet another aspect of the French that I've come to adore: the extent to which they value their culture. It's a priority not only to treasure it themselves, but also to share and provide opportunities for others to revel in it as well. 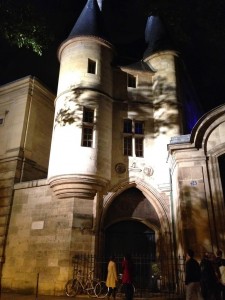 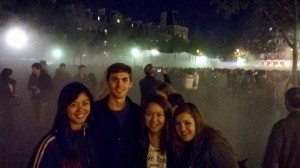 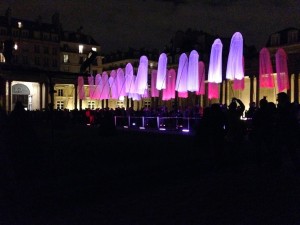 The night was filled with high spirits and lively sidewalks overflowing with pedestrians pacing from one event destination to another.
The pictures above are just two of countless cultural happenings that night.
The Fujiko Nakaya, or the "Fog Square," exemplifies a tap into the Japanese culture while the images of the graceful, floating, jellyfish-like lanterns served as more of an artistic display. 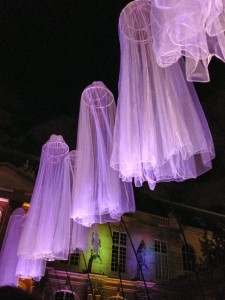 The following picture shows, in my opinion, one of the most astounding aspects of the night.
After walking for a few hours, I was fortunate enough to come across the sounds of jazzy tunes, wafting through the square of Pompidou.
After walking around the corner, sure enough, a band was creating a beautiful ruckus with an audience big enough to fill three trucks. 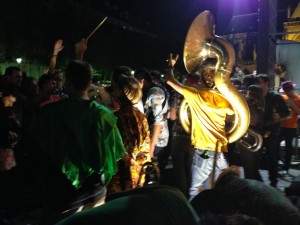 This night was a bit of a slap in the face; a crisp reminder of how glass-shattering experiences abroad can be.
Indeed, there's no doubt that America is a melting pot---and this reaps both benefits and disadvantages. There is such a mix of heritage and cultural practices that it's often difficult to see everyone come together to celebrate and display such a strong dosage of any particular society.
Standing in the crowd, I wasn't listening to the music of the band as intently as to the unified shouting and singing from the audience.
Many claim that La Nuit Blanche is simply an excuse to party all night...
but from where I stand, it was a night when
neither the sober nor intoxicated,
Parisian nor foreigner,
could escape the overpowering sense of pride, unification and outright love for the beauty of French culture and all it has to offer.
Monica Park is the Fall 2013 MOJO in Paris, France. She is currently a senior at the University of Michigan, Ann Arbor.