December 09, 2013
by CEA Content Creator
SHARE SHARE
Dayna James, a sophomore at the University of Miami, Florida, wrote the following Food Diary about her trip to a small winery in the Catalan countryside for her Culture of Food  & Wine in Spain class with Professor Pep Inglés.

During my abroad experience in Barcelona, I have been living with my friend, Elisabeth Terlato, from the University of Miami. Her family is involved in international wine distribution, giving us the fortune opportunity to meet a local Catalan couple, the owners of the Marco Abella winery about two hours outside of Barcelona. During the November 1st  – November 3rdweekend, David and Olivia Bayes took us to their wine vineyard in Porrera, Tarragona, Spain. 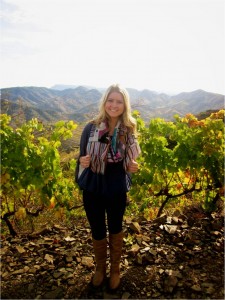 After witnessing the process of picking grapes, transferring them to barrels, fermenting them, and eventually transforming the fruit into delicious wine, we truly explored the Marco Abella vineyard as well as the small village of Porrera. Tasting the exact wine we had just seen being filtered through a hose was an interesting occasion for all of us. It is not common to sip wine and wonder where it came from or how exactly it got there; however, we could not help but to envision both of these thoughts while enjoying four different types of wines by Marco Abella. And the wine tasting was not the end of it. Following this long and exhausting afternoon, my roommates and I were given the opportunity to dine in an actual Catalan restaurant, one of the only restaurants that exists in this village of approximately 500 people. By now, we have heard the myths and truths about what Catalan cuisine entails; however, we were not able to experience the true culture of the cuisine first hand until this past Friday afternoon. 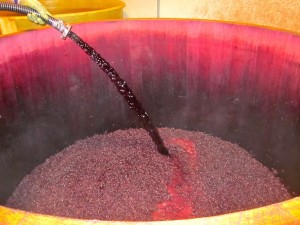 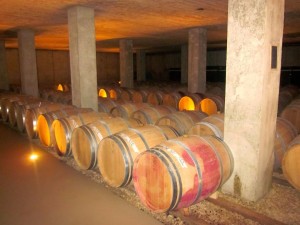 Comparing the stereotypes and realities, I was able to gain a real sense of the influence vegetables, unique seafood, fresh meats, and fish have on their culture. Just to give an idea, our table started with wine, olives, and potato chips. As starters, we allowed David and Olivia to order for us, choosing an array of escalivada with goat cheese, esqueixada, cargols a la llauna (snails), and green beans mixed with jamón and topped with duck liver shavings. As a main course, I ordered cod with a red pepper aioli; others at the table got rabbit, sausage, and lamb. For dessert, the couple ordered us profiteroles as well as balsamic gelato. With David and Olivia, we spoke in English; however, because the village was strictly Catalan locals, our waitress did not speak any English. While David and Olivia ordered for us, we were able to observe true Catalan people conversing in their everyday language. It was clearly obvious to the waitress and the tables surrounding ours that we were five American girls. All of us looked at each other for one another’s approval to photograph these unique dishes; however, we decided we should not make it any more recognizable than it already was as it is not common in Europe to make use of electronic devices during a meal. Unfortunately, we have no pictures of our food. 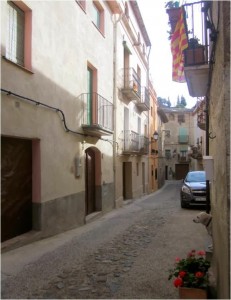 In addition to the food itself, I also noted the length of time the villagers in Porrera spend enjoying a sit down meal. When we arrived in this small restaurant, two families of about ten people each as well as five small tables of two were enjoying glasses of wine, as well as what seem to be other alcoholic cocktails, and a 15:00 o’clock lunch.  When we finished around 18:00, the other tables were still occupied with the same people that were sitting there nearly three hours ago. Not only did I notice what a true Catalan cuisine included when it comes to food ingredients and dishes, but I also noticed the amount that people within this culture enjoy each other’s company. Having an experience such as this truly allows an American to notice a culture difference among Americans and Catalans; typically, Americans rush through meals, asking for the check as soon as all of the plates are cleared. One of my favorite things about studying in the region of Catalonia is how everyone really cherishes their social time with one another, enjoying the company of all people around them rather than rushing. Here, a meal is not about just feeding your body; rather, it is about whom you are choosing to eat with. I suggest going outside of Barcelona, traveling to a small village similar to Porrera, and embracing the Catalan culture. I feel extremely privileged to have been given the chance to experience this wonderful and cultured day, understanding a different and real perspective of Catalonia.  Read more about our CEA Content Creators.
Leave a comment
Newest on top Oldest on top
Load more comments
Thank you for the comment! Your comment must be approved first