Why Is It Important to Eat Local Foods While Abroad? 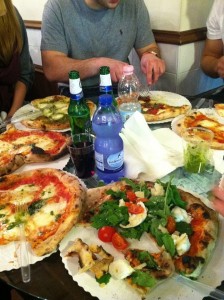 We all travel for different reasons, such as going business trips, to study a foreign language, to immerse ourselves in a culture, to learn about the history or even for complete relaxation. Whatever the case is, we all have one thing in common while abroad: to eat.

When I travel, I make it a point to only eat foods that are native to that specific country/culture. No matter if you are a picky eater, a vegetarian, or you’ll eat anything that comes within arms reach, I would advise you to do the same. Here are the reasons why:

Everyone travels on a budget, and one of the easiest ways to save money is on food. Eating local foods means that most (if not all) of the ingredients are grown locally. This means that prices will naturally be cheaper because no ingredients are shipped, which cost money. Just think about it: Would eating Mexican food in Thailand be as cheap as getting a delicious Pad Thai meal? I doubt it. While this theory may not be 100% accurate (because some fancy restaurants are expensive), I can assure you that you will save money in the long run. Especially when you dine at street vendors, small shops and casual restaurants.


Learn about the culture

Throughout my recent travels, I have learned a lot about indigenous cultures through my meals. I think to myself, “Why do some cultures eat this food in a particular season? What does this cuisine symbolize in their culture?” 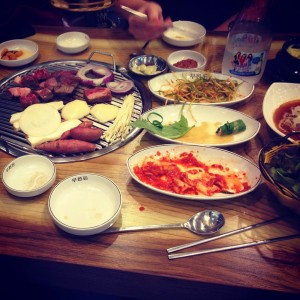 For example: When I was in Lisbon last June, I feasted on some fresh grilled sardines that I bought from a street vendor. As I was eating them, I began to notice hundreds of people grilling them outside their houses and restaurants, and the smell of sardines was engulfing the city of Lisbon. I learned from a nearby local that in the month of June, eating grilled sardines is a tradition for Portuguese people during the annual festival called St. Anthony’s Feast. This tradition is in honor of a 13th Century Catholic saint named Anthony of Padua. When he was in a state of depression, he came across thousands of sardines in the sea and he was recognized of as a savior to the people. It was awesome to take part in the parade and festivities around Lisbon when I was there, and I learned everything by grabbing myself a plate of grilled sardines. 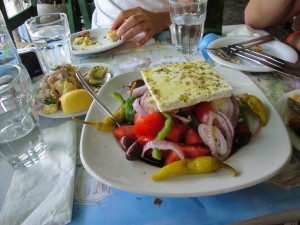 Whatever local dish you are eating, remember that it won’t be as good anywhere else in the world. Why? Just like I mentioned before, all of the ingredients are local! Eating gyros in Greece was incredible because Greece naturally has the best pita bread. Enjoying a kebab in Istanbul was incomparable to any kebab I’ve had elsewhere because the Turks have been preparing this dish for ages. The pasta in Italy was on another level compared to other pasta dishes I’ve had because of the quality olive oil in Italy. The fresh fruit that I ate in Costa Rica was amazing because the climate is perfect for growing fruit. Lastly, the food that I have currently been eating while living in Korea is a thousand times better than Korean food in the U.S.

Local foods are made to perfection. I always strive to find the best local cuisines when I travel, and I strongly recommend that you do the same. It just doesn’t get any better then when the chefs in the kitchen have been using the same recipes for centuries. All you have to do is eat it! Enjoy!


Drew Goldberg studied abroad in Prague, Czech Republic during the Spring 2012 semester. He is currently living in South Korea as an English teacher. Since studying abroad, Drew has visited over 30 countries and has documented his experiences on his blog written specifically for young travelers. Follow his blog here.